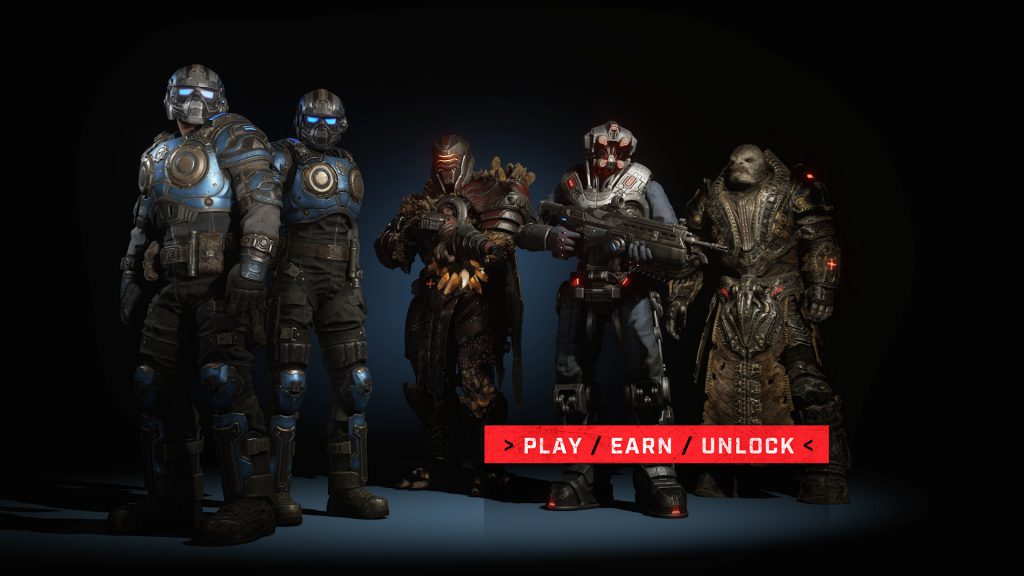 Gears 5 Operation 1 has just been released and includes four new characters and a paid pack with more characters from Terminator Dark Fate.

The free characters  are the COG Gear, the Deebee, the Warden and General RAAM. The first two characters are the good guys, while the latter two are for the Swarm.

The new characters are free but do require a bit of grinding to unlock — The Coalition estimates it’ll take around ten hours of play to unlock each new character, though they can also be instantly unlocked for 500 Iron. The earned unlocks are through a Totem system; only one Totem/character can be worked on at a time.

You can read more on the new characters’ abilities in Arcade mode here.

Gears 5 is available now on Windows PC and Xbox One.