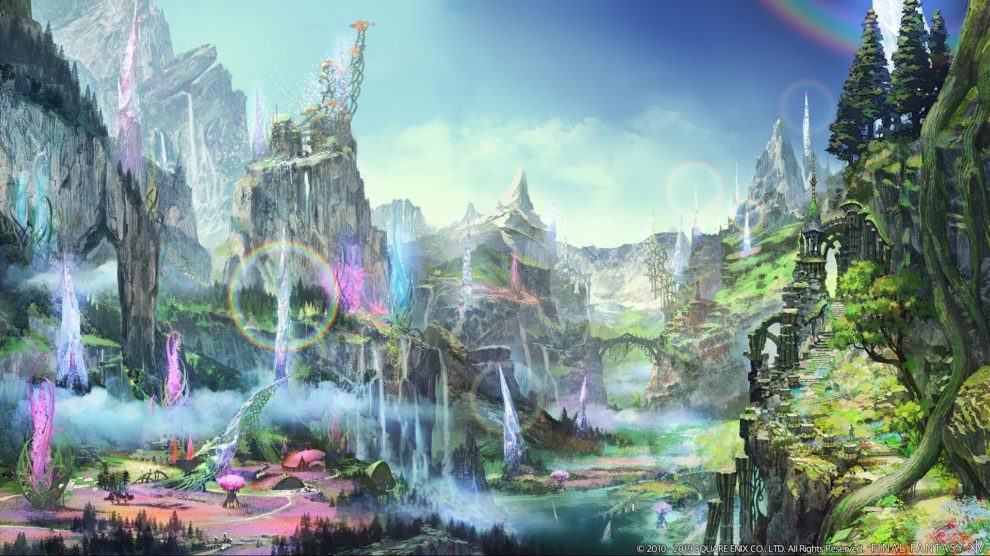 Two new areas — the Rak’Tika Greatwood and Il Mheg — were today detailed ahead of the release of Final Fantasy XIV Shadowbringers.

First, the Rak’Tika Greatwood is a lush forest with blue, glowing orbs nestled amongst its trees. Cities are also located up in those same trees, Producer Naoki Yoshida detailed.

Next is Il Mheg, the Realm of the Pixies, a fanatical fantasy world. Yoshida confirmed that Pixies are tricksters, though “not as much a pain in the ass as the Moogles.”

The realm is ruled by the Pixies’ Regent, Titania, who will also serve as Shadowbringers‘ new Primal. The battle with the Primal will be a main plot point within the new expansion, Yoshida confirmed.

Check out Il Mheg below: