Describing itself as “a unifying peak body for the esports industry,” the EGAA furthered that it’s “dedicated to growing and further legitimising esports in Australia and New Zealand.”

The organisation will act as an official partner to “help support MCV Pacific with the Esports Pro Oceania Awards night on March 14th, 2018,” a press release continues.

The EGAA founding board is comprised of the following members:

In working towards its vision “for a unified, supportive scene that nurtures stability, growth and fairplay for esports in ANZ,” the EGAA “will provide members with access to an industry conference, facilitate communication, networking, professional development and education, provide an avenue for engagement in esports for members with government.”

Details on how to join the EGAA will be released in January 2018. We’ll keep you informed as we learn more. 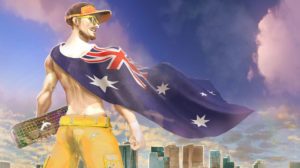