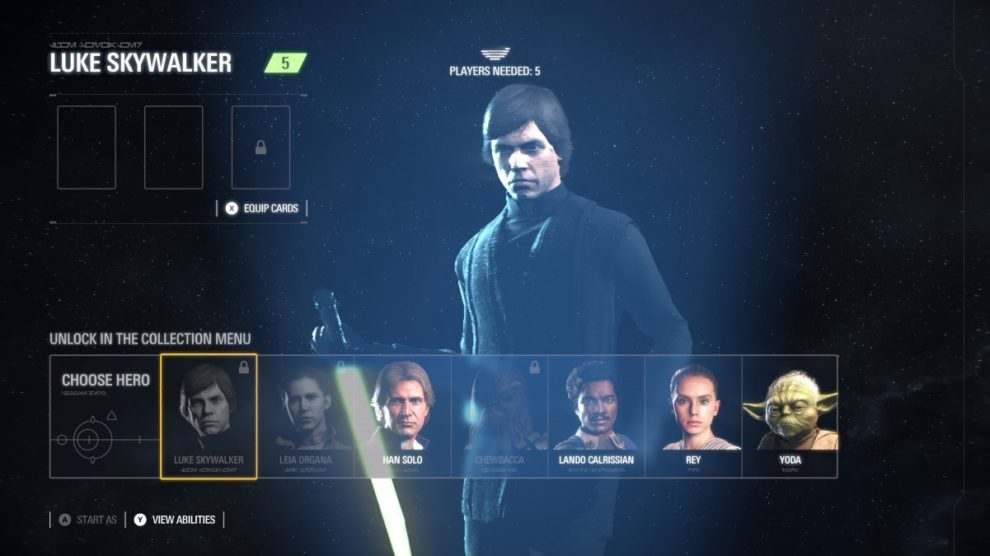 EA has reduced the cost of Star Wars Battlefront 2 unlockable characters by 75%, after an initial response to feedback that left fans fuming.

Taking to Reddit, an EA representative said that the estimated 40-hour playtime to unlock the likes of Luke Skywalker or Darth Vader was intended “to provide players with a sense of pride and accomplishment for unlocking different heroes.”

The post continues in an attempt to justify the cost of characters; Luke and Vader cost 60,000 Credits each.

“As for cost, we selected initial values based upon data from the Open Beta and other adjustments made to milestone rewards before launch, the post reads. “Among other things, we’re looking at average per-player credit earn rates on a daily basis, and we’ll be making constant adjustments to ensure that players have challenges that are compelling, rewarding, and of course attainable via gameplay.”

EA concluded by saying it “will continue to make changes and monitor community feedback,” and it’s already delivered — a new post confirms that the characters’ costs will be reduced by 75%.

“There’s been a lot of discussion around the amount of in-game credits (and time) it takes to unlock some of our heroes, especially Luke Skywalker and Darth Vader,” a new post reads. “Unlocking a hero is a great accomplishment in the game, something we want players to have fun earning. We used data from the beta to help set those levels, but it’s clear that more changes were needed.

“So, we’re reducing the amount of credits needed to unlock the top heroes by 75%. Luke Skywalker and Darth Vader will now be available for 15,000 credits; Emperor Palpatine, Chewbacca, and Leia Organa for 10,000 credits; and Iden at 5,000 credits. Based on what we’ve seen in the trial, this amount will make earning these heroes an achievement, but one that will be accessible for all players.”

What do you make of all this change?

Star Wars: Battlefront 2 is available this week on Windows PC, Xbox One and PS4.