Home » News » EA accidentally charges for FIFA 14, UFC demos on Xbox One over the weekend 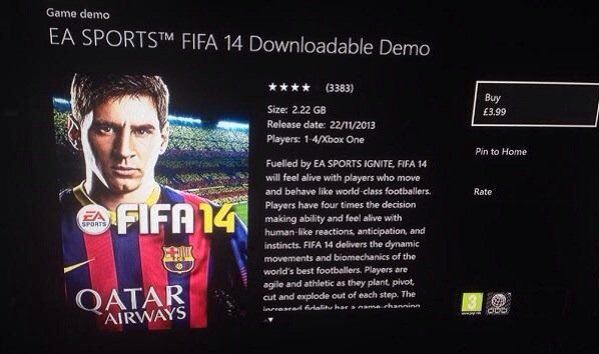 Over the weekend, Xbox One users found they were being asked to pay for the privilege of playing demos of FIFA 14 and EA Sports UFC.

Users were asked to pay $5 USD to download either demo. The move was described as “a technical error” by an EA representitive and has since been corrected.

Because it’s the internet, conspiracy theories started to fly almost immediately. Some suggested the ‘error’ was simply EA testing the waters. Others (like us) believe it was just as EA described: a simple mistake.

What do you make of this paid demo snafu?