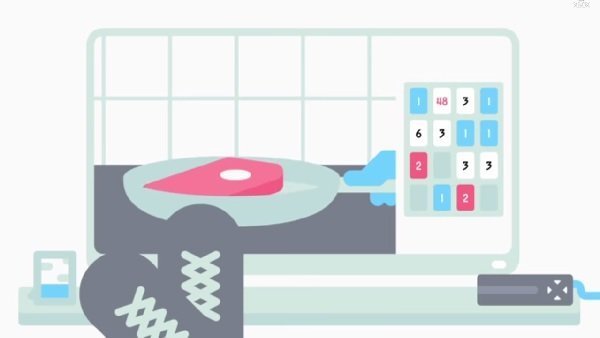 Stevivor’s Game of the Year awards have already been given out, but some of our writers wanted to talk in more detail about their personal choices. I’m Stuart Gollan, Staff Writer, and here are my selections:

I’ve never been a big fan of character action; Devil May Cry and its deep mechanics never grabbed me, nor did God of War and its grand spectacle. Maybe I just needed those elements combined and amplified, as Bayonetta really sunk its hooks into me, both in the challenge it presents and the number of times it left me shaking my head in disbelief, laughing at the absurdity. Platinum has fast become a ‘must play’ studio for me, and Bayonetta 2 managed to exceed expectations in every way.

Witch Time is at the heart of it all, I’ve never been great with parrying (or defense in general), but having a simple, timing based dodge that is so heavily rewarded is an ingenious core mechanic. Depth is simply layered on top of this, in the original game I managed to get by with an average understanding of combos and weapon switching, largely ignoring the more advanced techniques on offer, and I had a grand old time. With Bayonetta 2 I wanted to embrace everything it has to offer and with each session I learn more and can appreciate what Platinum has done on a deeper level. This series of videos does a great job explaining the depth that makes Bayonetta 2 great.

Between Bayonetta and The Wonderful 101, fans of character action really should consider the Wii U, you could easily spend hundreds of hours between these two games (plus the original Bayonetta, included in the package). Bayonetta 2 is so good I plan to go back to The Wonderful 101 and give it the same dedication I’ve shown Bayonetta, but even for those who don’t want to see the word ‘invest’ anywhere near their gaming experience, picking up Bayonetta 2 is well worthwhile, it holds up as a fun action experience and the spectacle of fighting ten storey tall angels isn’t lost just because you’ve turned the difficulty down.

Purely as a mech combat game, Titanfall would be on my list. Last Titan Standing accounted for the vast majority of my playing time, both because of the focus on mechs (but with room for skilled players to use on foot traversal very effectively) and because the Australian server population was so low that I was forced to overseas servers soon after launch and lag is a lot easier to deal with in slow moving mechs than it is when you can run up walls.

Everything about Titanfall hit the right spot for me, traversal felt right, weapon damage and player squishiness was well tuned while Titans themselves were strong but hardly invincible, there was as much strategy required in the cockpit as on foot. Perks, burn cards and abilities added an extra dimension to the gameplay without going overboard like Call of Duty kill streak perks have done over the years. They felt complementary to the experience rather than what you strive for. There was a place for all types in Titanfall, and you could always find a role to play, when I was getting dominated on foot or sniped from afar, I adjusted and became an anti-Titan warrior. My favourite moments in Titanfall were on foot, jumping from roof to roof and unloading rockets into Titans, basking in the satisfaction of taking down a recently dropped Titan and knowing you have left another player horribly unsatisfied from the Titan experience they have waited four long minutes for.

Titanfall is built to encourage big moments and stories; kill streaks from the air as you eject from a Titan, last second escapes in the post match minigame, dazzling feats of parkour to secure a flag capture. It was brutally underappreciated, coming out while the Xbox One was still languishing and suffering for trying to appease the desire for single player content with what amounted to limited matchmaking where the result doesn’t matter. It’s a shame the stink of the Xbox One rubbed off on what, for me, is the most entertaining and most innovative multiplayer shooter I have played since Modern Warfare. You’ll be seeing elements of Titanfall in shooters for years to come.

Addiction to Threes is now a part of my life I have learned to accept. For ten months now I have played Threes whenever there is a hint of downtime, from ten minutes in the work bathroom to the minute while waiting for a coffee each morning. For the first time in my life I got on a train going the wrong direction because I was distracted playing Threes. I play while watching television, in the elevator at work, while waiting for other games to load (I set a then personal best score during Destiny loading screens). Many lunches have gone cold as I chased that elusive 1536 tile and my fiance is concerned that Threes is having a detrimental impact on my life.

Threes is both a perfect puzzle game and a near perfect mobile game (only an above average battery drain holds it back there). There is no time sensitivity and all the information required is on the screen, making it a perfect game to pick up and put down quickly. It is simple to learn but rewards deep consideration. My games these days start with mindless swiping, knowing that mistakes can be corrected, but once the big 768 tile drops each move becomes very considered. I have had to change my approach to Threes many times, and even now, with a conservative estimate of 200 hours played, I am finding myself at a wall and may need to completely change my approach to extend to the next level and go further than the 1536. It fills the need of a mindless time waster and satisfies on a strategic level at the same time.

Threes is beautifully balanced and crafted, the right mixture of random and controlled elements. It is minimalist but still charming. Apparently it has a wonderful soundtrack, too, but I play most often while listening to podcasts or briefly during short waits, I didn’t experience the sounds of Threes until playing the recently released Xbox One version. I have a love for puzzle games, and I am confident in saying that this is the best one I have ever played. I don’t see myself stopping soon, if ever. Threes is just a part of me now, integrated into my day like meals and going to the bathroom. Last year I spent many hours with Stickets, another fantastic puzzle game, and thought mobile puzzle games had reached their peak but Threes is in a class far above. I’m not the type of person who makes bold statements for the sake of it or to be contrarian (this isn’t my ‘Gone Home is game of the year’ moment). Naming a mobile game as my game of the year took a lot of consideration, but on every metric, time spent, enjoyment, closing my eyes and seeing ones and twos merge, Threes has to be my game of the year. Heck, I’ve stopped writing this three times to continue my current game. My fiance may have a point about this addiction thing…