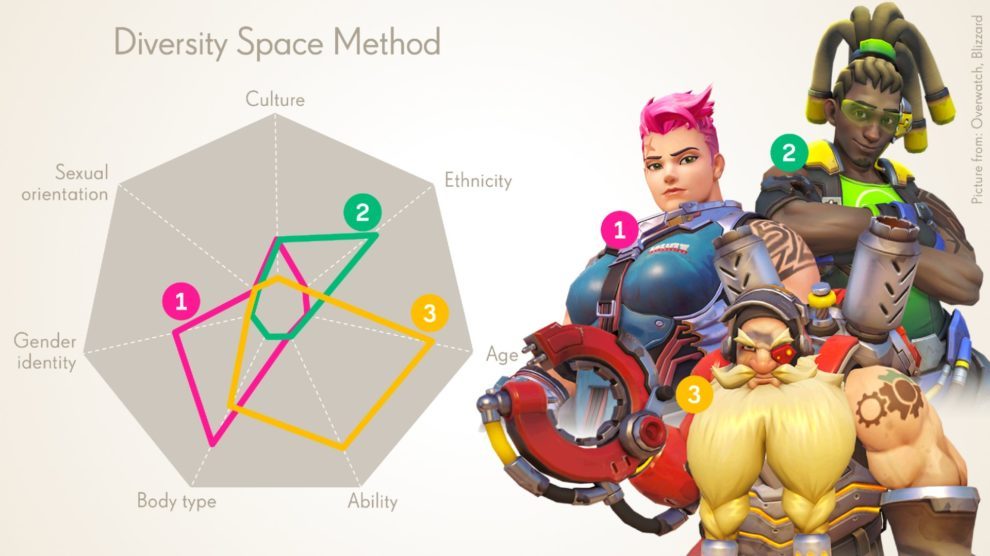 The prototype is meant for "true representation," says the publisher.

Activision Blizzard has shown off its Diversity Space Tool, one designed to “delineate between token characters and true representation,” in a new press release.

The publisher has also updated the release to stress it “is not being used in active game development” after internet backlash.

The Diversity Space Tool was created at King back in 2016, “designed as an optional supplement to the hard work and focus our teams already place on telling diverse stories with diverse characters, but decisions regarding in-game content have been and will always be driven by development teams.”

Though developed at the mobile-focused King through partnership with MIT Game Lab, Activision Blizzard said that it “has been beta tested by several developers across the company,” with feedback coming as part of testing.

The tool breaks a character down into a number of diversity guidelines that are then assessed, incluing gender, character role, body type, body movement and pose. According to Activision Blizzard, the results will help the company to identify use of stereotypes.

“The Diversity Space Tool is a measurement device, to help identify how diverse a set of character traits are and in turn how diverse that character and casts are when compared to the ‘norm’,” said King Globalization Project Manager Jacqueline Chomatas.

“[It] identifies what stereotypical characters in different genres look like, which are not always the most conducive or representative of diversity,” Chomatas continued. “It helps identify those stereotypes, while also helping creatives look closer at their designs, so they can dissect their own assumptions and presets. It also helps identify opportunities for more diverse character narratives, to ensure that we are not only creating diverse characters in appearance alone.”

The company has been slammed for promotion of the tool, with Fanbyte’s Imran Khan questioning its dystopian nature. He — and in this writer’s opinion, rightfully — adds that the publisher would be better off hiring a more diverse set of developers who in turn will create more diverse products and characters.

Twitter seems to agree with Khan as well, which likely explains Activision Blizzard’s addition to the original release.

Tell me you don't understand how to craft inclusive characters and stories without telling me etc etc https://t.co/qyYqbWakf4

In addition to the Overwatch team being unpleasantly surprised by and denouncing the dystopian Activision “diversity tool” (and I’m very grateful to them for speaking out against it), and to combat misinformation from it, (1/5)

What do you make of the Diversity Space Tool?