Home » News » Disco Dodgeball Remix heads to consoles in May 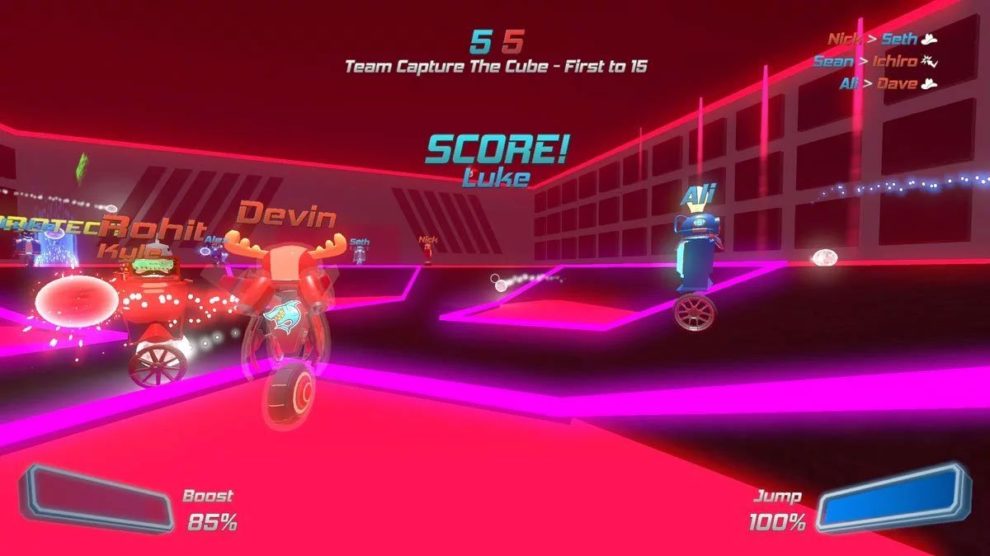 Initially self-published on PC by Erik Asmussen as 82 Apps, Disco Dodgeball Remix wants to be “your new favourite sport-type thing.”

The title “offers up a crazily intense mix of arena-based first-person shooter and classic dodgeball — all played by killer robots whose lethality is only surpassed by their quirky charm,” Zen continued.

“Combatants throw glowing dodgeballs to one-hit-kill their opponents and complete team objectives, using a wide variety of powerups and trick shots—all with skateboard-style movement and a pulsing dance club aesthetic.”

Disco Dodgeball Remix heads to Xbox One, PS4 and Switch on 22 May.