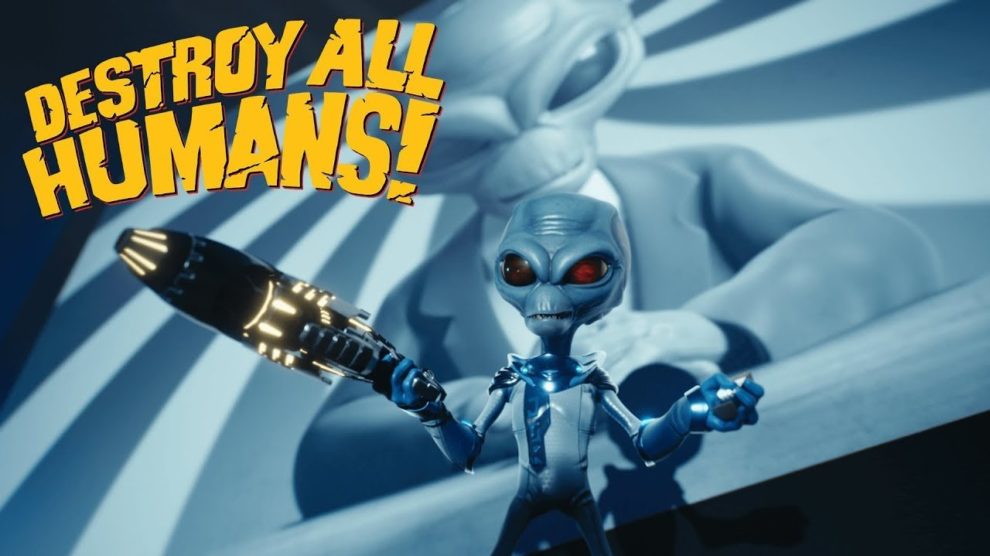 The title, in development by THQ’s Black Forest Games, was today announced alongside a trailer and some assets, all below.

“Destroy All Humans! is in development for PC, PlayStation 4 and Xbox One,” a press release confirmed. “It’s a complete remake of the 2005 cult-classic, using the mighty Unreal Engine 4 to give new and old fans the best-looking invasion of Earth ever.

“The cult-classic returns! Terrorize the people of 1950s Earth in the role of the evil alien Crypto-137. Harvest DNA and bring down the US government in the remake of the legendary alien invasion action adventure. Annihilate puny humans using an assortment of alien weaponry and psychic abilities. Reduce their cities to rubble with your Flying Saucer! One giant step on mankind!”

The remake will also include the “much-rumoured, never before seen” lost mission of Area 42.

Destroy All Humans! is planned for a 2020 release across Windows PC, Xbox One and PS4. We’ll keep you posted as we learn more.