Home » News » Destiny’s “The Taken King”: All you need to know about The Court of Oryx

Bungie showed off its new player-initiated public event arena, The Court of Oryx, today in its final live stream reveal before “The Taken King” launches 15 September.

There’ll be three tiers of events available in the Court, each requiring a Rune to be sacrificed at an altar in the entrance to the arena.

Tier one Runes will be the easiest to find and, once sacrificed, will summon a boss or bosses in a timed event. Each set of bosses has its own mechanic to combat the bullet-sponge problem Destiny’s current bosses tend to suffer from. For example, two Knights will be invulnerable until they’re grouped close together or three Wizards will need to be killed in quick succession or else they’ll respawn. 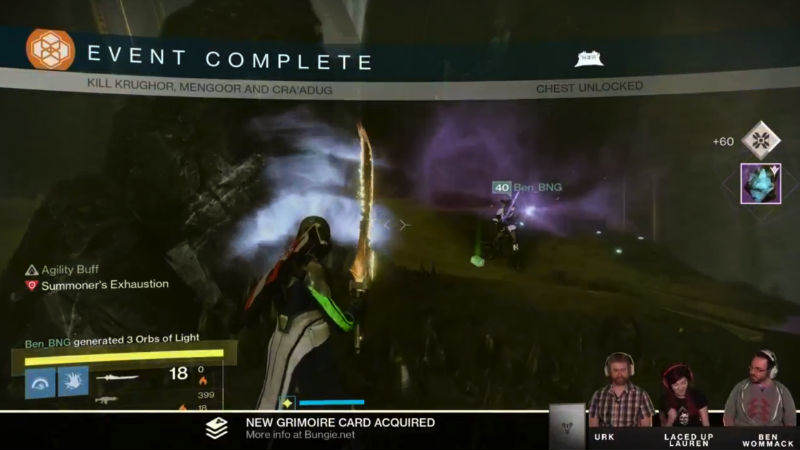 Tier two Runes will need to be charged before being used. In the stream, the tier two Runes required three tier one completions to be powered up before a tier two event could be started. The tier two bosses are the same bosses from the previous tier one events but two will be summoned at the same time. Yikes!

We were told the same charging method would be necessary for the final third tier of Court of Oryx events, requiring three tier two compilations to charge a tier three Rune. This wasn’t shown off however as Bungie wants us to experience the new “raid like difficulty” tier three bosses for ourselves.

Everyone who participates in the Court of Oryx will receive rewards but the player who begins the event by sacrificing a Rune will be treated to the best loot. Once the event is complete the player who initiated it will have a cooldown of around 40 seconds before they can start another one, giving other players a chance to initiate the event themselves to get better drops. 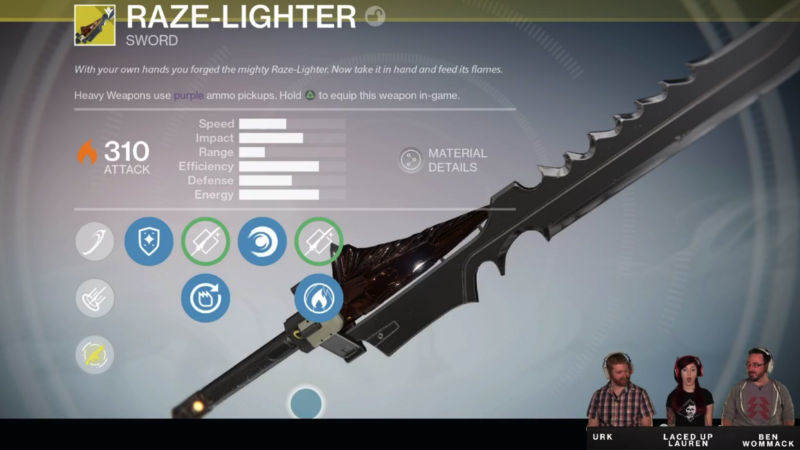 An exotic sword known as Raze-Lighter was shown in the stream that will be assigned to a Guardian’s heavy weapon slot. Bungie said the swords will be tied to quests and not available as drops in the game.

If you’re more of a video person, we’ve got a couple clips that show off Runes and gameplay. First up, the gameplay that will lead players to the Court of Oryx:

Next, more detail on Runes:

Are you ready for the Court of Oryx and “The Taken King” on 15 September?