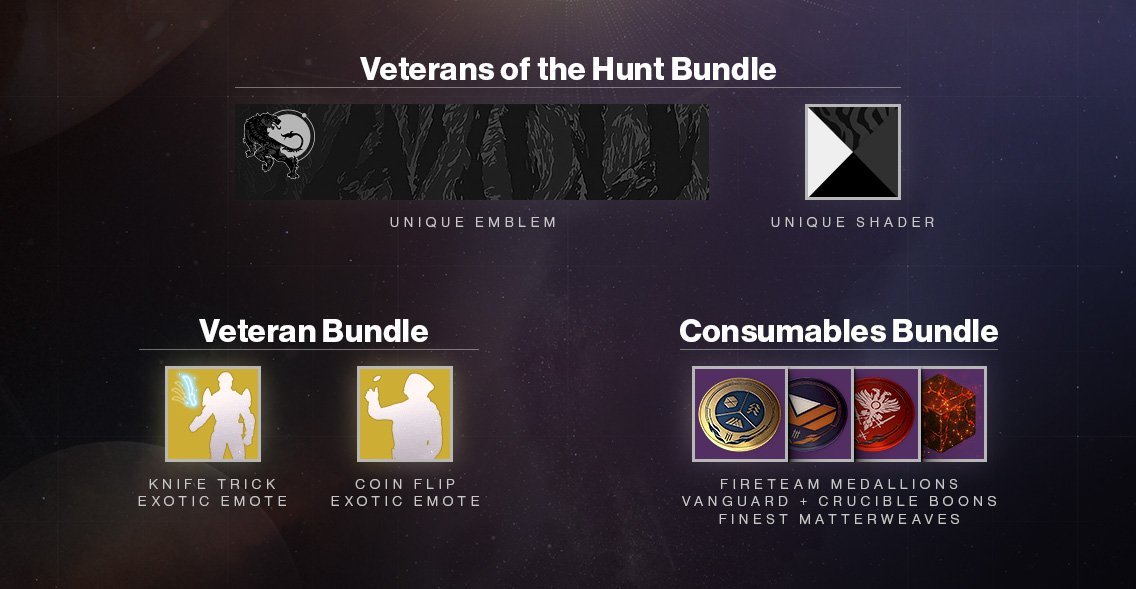 And bundles past DLC with Forsaken itself.

Destiny 2 Forsaken will offer rewards to veteran players later this week, in addition to bundling previous DLC for newcomers.

As part of its weekly update, developer Bungie confirmed that all copies of Forsaken will soon bundle Warmind and Curse of Osiris. This means that new Guardians will only need to buy the base game plus Forsaken to have all available DLC.

Moreover, veteran players will be rewarded at the same time thanks to a gifted Veterans of the Hunt Bundle that will drop alongside the game’s Festival of the Lost event early Wednesday morning.