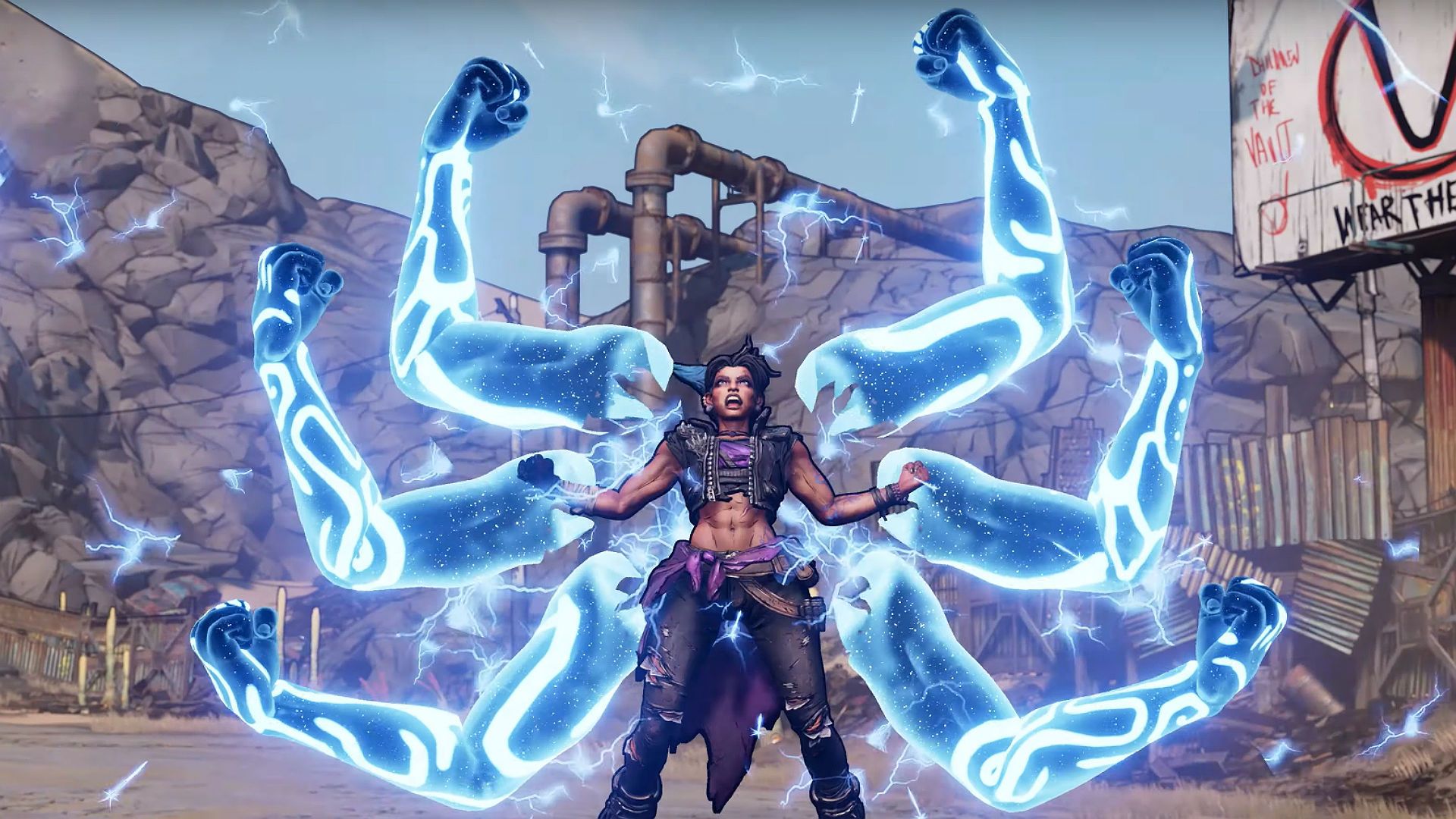 Treasure's out of the Vault.

The four lead Borderlands 3 character names have seemingly been outed by an early YouTube pre-roll ad.

The ad provides a look at Borderlands 3‘s Vault Hunters alongside their names. We’ve detailed them below, paired with information leaked by 4Chan. The new protagonists include:

You can check out the ad, ripped and anonymously uploaded to Streamable, below. In case you can’t read French, the trailer’s title cards read “Against the Calypso twins and their friends!” Next is, “Discover new worlds.”

Moreover, the ad seems to confirm that Borderlands 3‘s release date is in fact 13 September and will be available on the Epic Games Store, details rumoured-slash-accidentally tweeted early by Gearbox earlier this week.

Borderlands 3 heads to Windows PC, Xbox One and PS4 on 13 September. We’ve also found out about the Borderlands 3 Collector’s Edition ahead of Gearbox’s planned event early tomorrow morning.