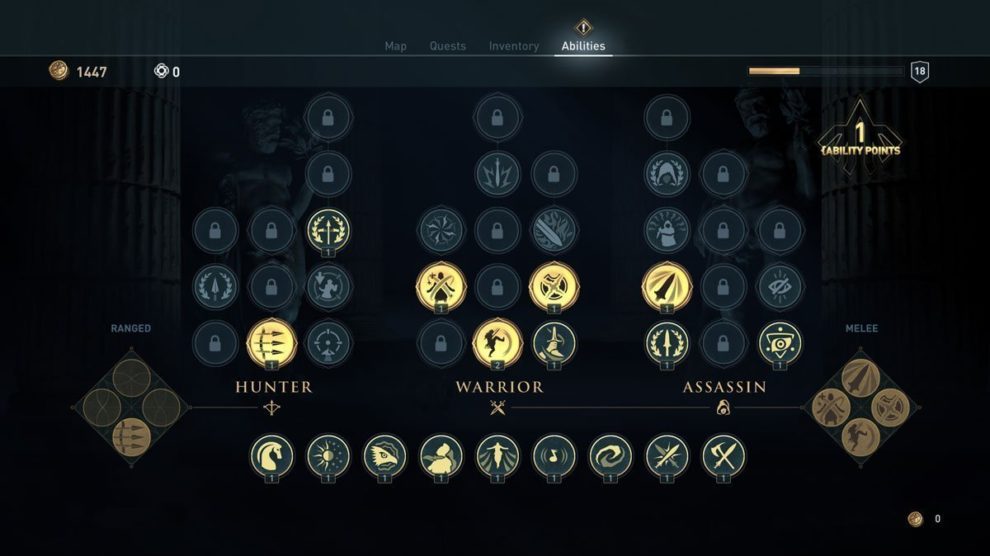 We used hands on-time with Assassin’s Creed Odyssey to explore what we could of its skill tree, looking through the Warrior, Hunter and Assassin paths.

Alexios — or Kassandra, if you prefer — are wonderfully Spartan. The skills we had unlocked in our hands-on were the famous 400-style Spartan Kick — useful for kicking opponents off ledges into deep, dark pits but also to knock enemies off boats and into shark-infested waters — the shield breaker and one that helped to regain much-needed health.

Here are all the skills that we were able to check out during our hands-on time. 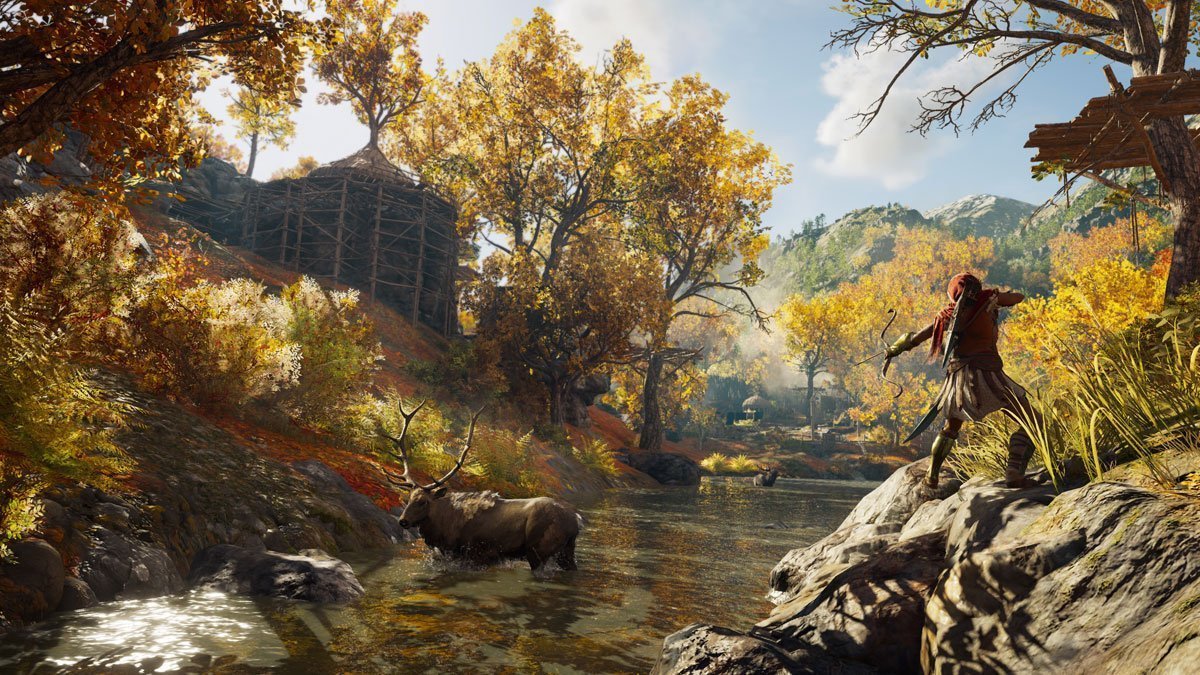 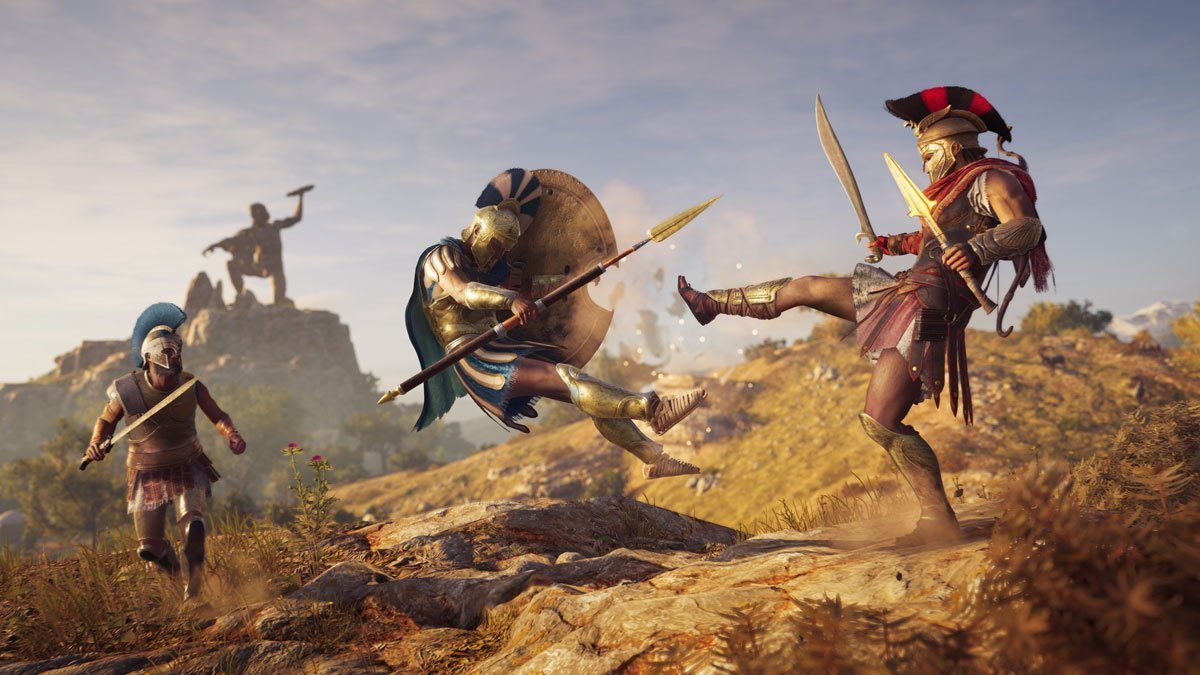 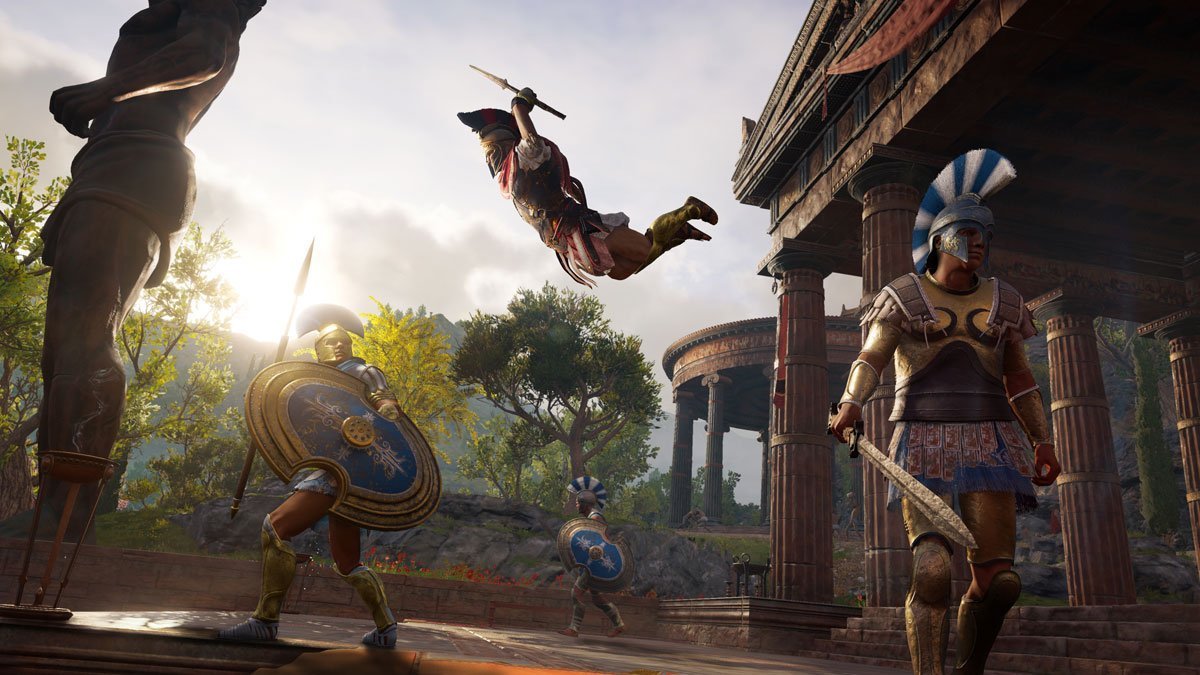 Assassin’s Creed: Odyssey heads to Windows PC, Xbox One and PS4 on 5 October, Ubisoft today announced. We’ve a post detailing all we know of the game here.