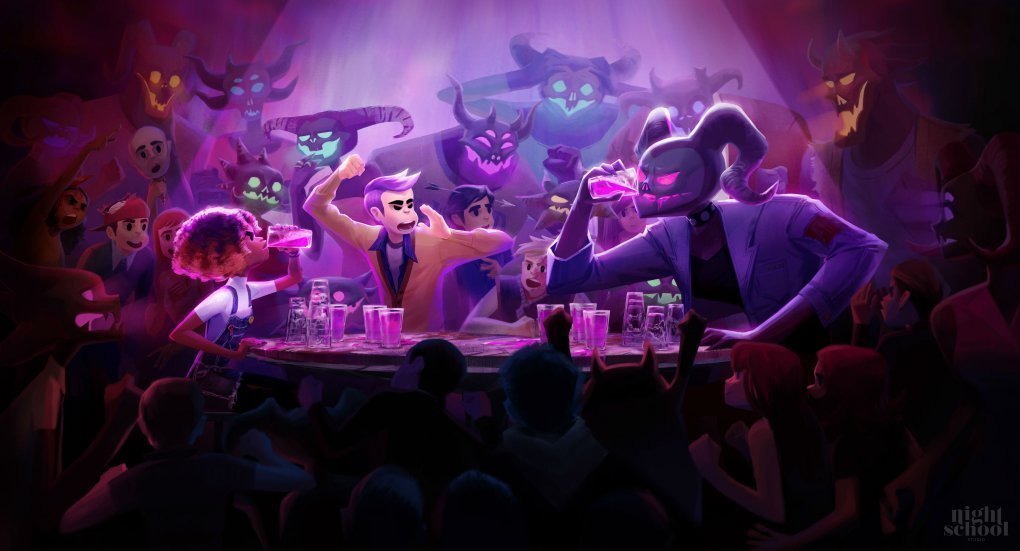 Think you could manage it?

Oxenfree dev Night School Studio has just announced Afterparty, an adventure game that forces two friends to drink Satan under the table to escape from Hell.

Platonic friends Lola and Milo literally have to engage in a drinking game with their souls in the balance.

Sean Krankel and Adam Hines of Night School Studio told IGN that Satan will be like a “Rocky Horror Kanye West” and that “drink” is a primary verb to be used in the game.

Afterparty is set to launch in 2019. We’ll keep you informed as we learn more.