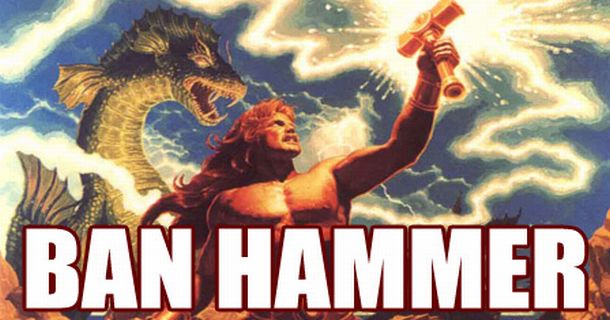 This weekend, Chris Whiteside, Lead Producer at ArenaNet for Guild Wars 2, hit up Reddit to declare that at least 3000 players had been temporarily banned from the game because they took advantage of an exploit.

Dubbed the “karma weapons exploit,” gamers could interact with a merchant who was selling very valuable gear at very low (and incorrect) prices. Many players took advantage of this by purchasing many items at a low cost, and then selling them elsewhere for massive profits. Whitesaid said that this caused a disruption of the game’s economy.

Whilst those banned were only done so for 72 hours, it’s a good reminder not to take advantage of a “feature” that seems to good to be true.