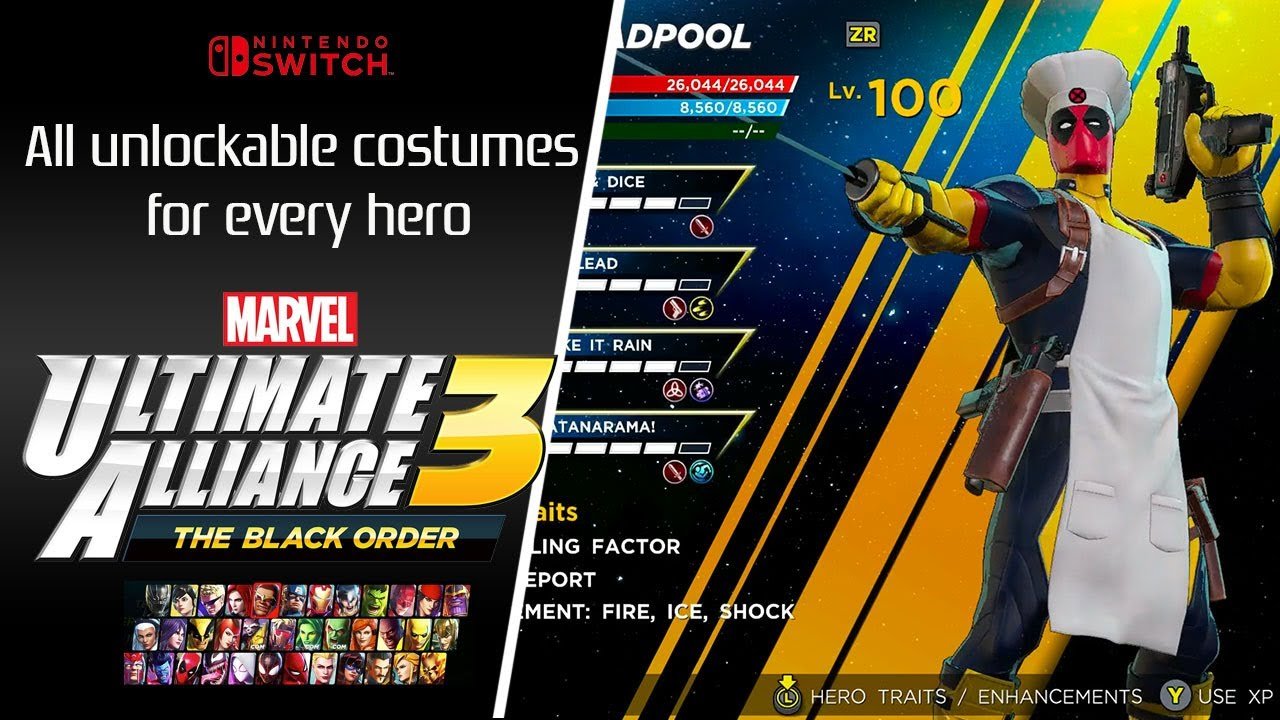 And to be honest, fans aren't very keen with what's on offer.

Friend of the site, Adam ‘GrizGaming’ Mathew, has uploaded a video that shows off all unlockable costumes for every single character inside the newly released Marvel Ultimate Alliance 3 The Black Order.

To be blunt, most of the unlockable costumes are simple pallette swaps — and fans have picked up on that theme too, much to their disgust.

“While I understand some of the color swaps, I was hoping for more unique skins for each character,” one viewer wrote. “Captain America Falcon, Spider-Man Noir, Gwenom…”

You can check out all the characters and costumes currently available below — go give Griz a follow for his hard work, eh?