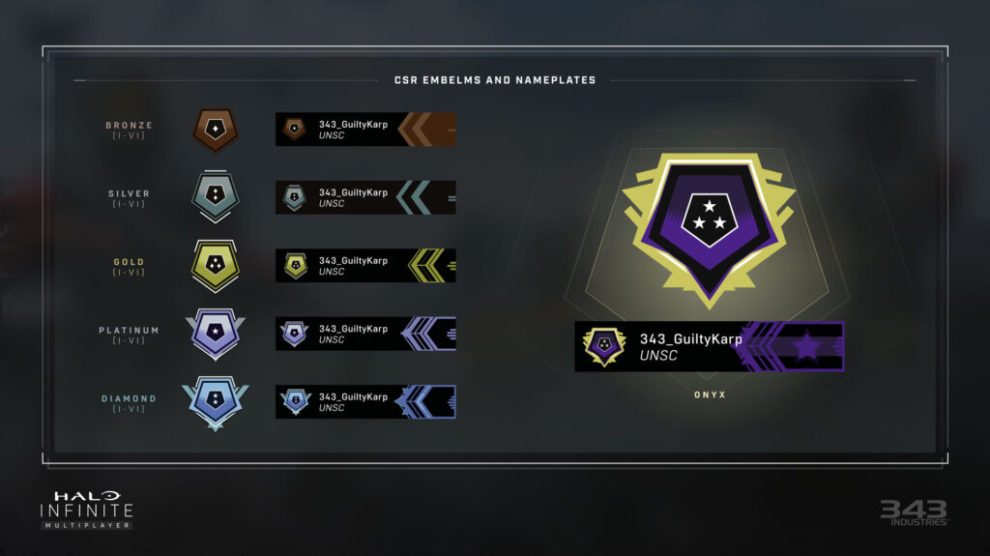 Time to figure out how good you are!

Halo Infinite multiplayer is available now, and so too is a ranked playlist that will let you test your skill against other players.

This post is all about how that ranking system works.

To begin, players will need to select the ranked playlist from the multiplayer menu and then play through 10 matches to determine their initial rank. You can also tweak crossplay settings and jump into a solo or duo queue in the same menu system.

Ranked matches include Slayer, Capture the Flag, Oddball and Strongholds, and each match is played with Spartans starting out with a BR75 Battle Rifle. The trusty combat sensor is disabled in ranked play, and friendly fire is active (so be careful!).

Once you’ve played through 10 matches, you’ll be placed in one of the following tiers (from worst to best):

Once you’re ranked, you’ll be awarded with an emblem and nameplate fitting your rank alongside those below it; as an example, I finished as Gold V and received unlocks for Bronze, Silver and Gold.