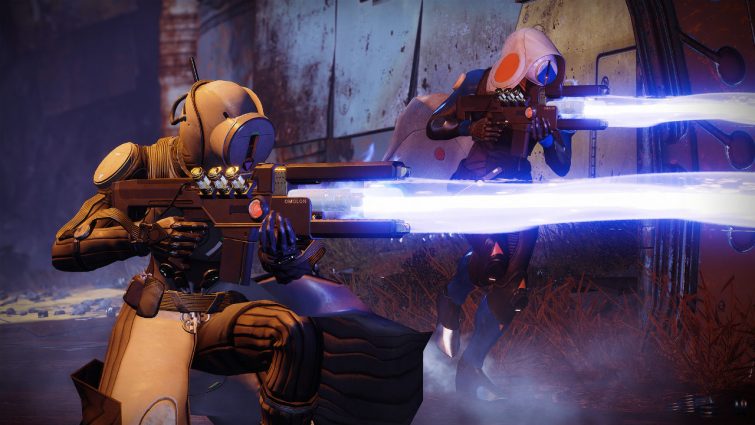 Destiny 2 Forsaken is out now, and with it comes new Heroic Public Events. Like those in the past, Guardians will have to enter a normal Public Event and activate its Heroic iteration for greater rewards.

In Forsaken, you’ve three new Public Events across two locations: Cyro-Pods and Ether Rituals in the Tangled Shore and the Rift Generator in the Dreaming City. Here’s how to activate the Heroic version of each.

This event entails killing two waves of enemies of before a Boss emerges from a fallen (read: not necessarily Fallen) Cryo-Pod. Damage the boss enough to cause a freezing gas to seep from the pod itself; you’ll know that’s happening because the ground will display an area-of-effect visual and you’ll be damaged when standing in it.

Whittle the boss’ health away but don’t kill it — instead, look to the sides of the pod itself, which will eventually drop freezing orbs that you’ll need to pick up and throw at the boss to freeze it.

Once the boss is frozen, you’ll need to stand near it and defend it to capture it. Simple!

This event will throw tons of enemies at you — but importantly, each time you kill a Chieftain, it’ll throw a bunch of Ether towards the destroyed Servitor that sits in the centre of the map.

Here, you’ll face wave after wave of enemies — pay particular attention to a Deranged Abomination. After defeating it, you’ll see an orb drop; deposit it into the Rift Generator to kick it off.

Next, protect the generator, using additional orbs from Deranged Abominations to prop the machine up as needed. To activate Heroic, you’ll need to defeat the Fallen Blights that appear around you; doing so will activate a final Blight alongside three Taken Wizards. Kill those to teleport into the Ascendant Realm and get ready — you’re in for a crazy final fight. Kill everything there to succeed.