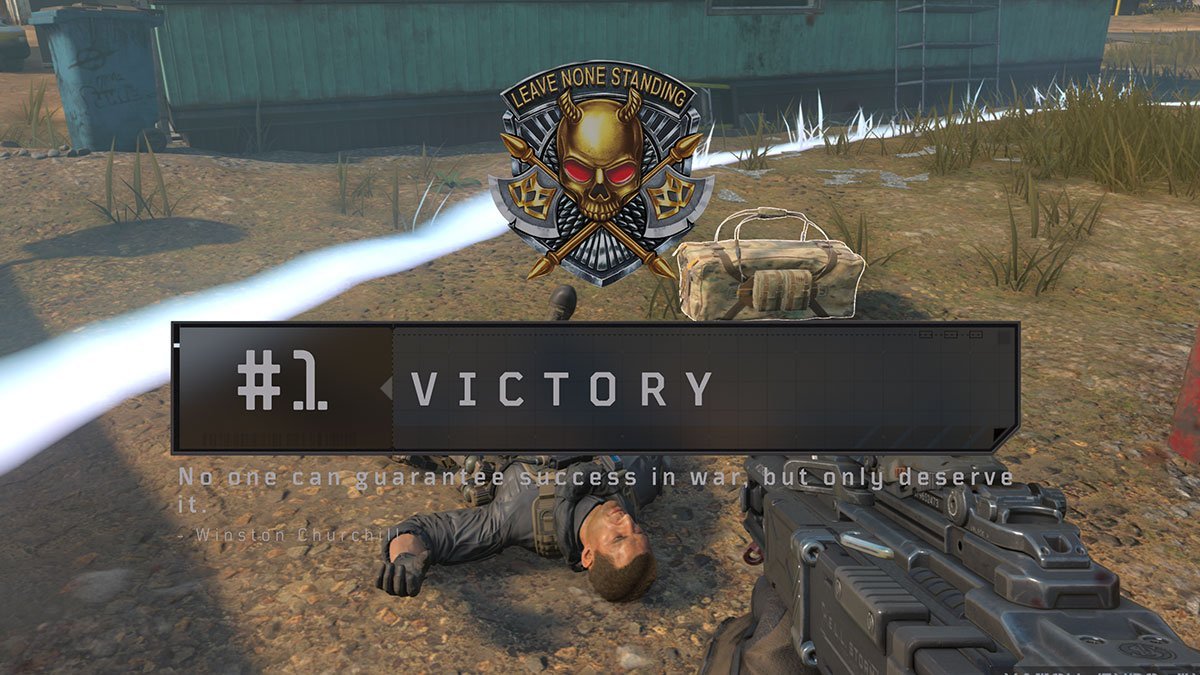 Call of Duty Black Ops 4 is out now, and we’ve got a series of Blackout tips and tricks for battle royale newcomers and veterans alike.

If you’re entirely new to the battle royale genre, you’ll learn quickly by jumping in and playing. In a match, a large number of players will be dropped off inside a large map — either solo or in a team of 2 or 4 — with one simple task: survive. To do that, you’ll need to pick up weaponry, armour, gear, healing items and perks and use them to kill enemies.

To speed the game up, players are required to fight inside an area designated by a white circle on the map. The circle will become smaller all throughout the map, as designated by a blue, shrinking circle. If you’re outside the blue (or white, depending on the exact situation) circle, you’ll start losing health.

Got all that? Here are our tips.

Yeah, this seems a bit silly to point out, but hear us out. All weekend, our team of two played Quads and found that our match made partners basically looked after themselves and lone wolfed it (not all the time, but most of the time).

If you’re playing quads but you’re in splintered teams, you’re going to have trouble playing against a coordinated team of four (likely not matchmade, and likely on mics calling out positions). Play to your true player numbers and you’ll likely have a better time.

Want to play quads? Use an LFG site and be prepared to use a headset for maximum efficiency.

Gold weapons aren’t the same as in Fortnite

A gold-coloured weapon isn’t the same as in Fortnite — but it does mean the weapon already has its best attachments attached.

In terms of stats, a gold weapon isn’t any better than its non-good equivalent.

Perks — represented as briefcases — are found everywhere in the map — so grab them and use them. There’s no sense in hoarding perks only to die with them all in your inventory.

Our favourite perks? Looter lets you look through walls and see weapons, armour, healing items and perks to collect, while Dead Silence reduces the noise you make — extra handy when trying to avoid opponents.

There’s more than one way to use gear

Sure, the sensor dart is useful on its own — it’ll show the positions of enemies in a small circular radius — but imagine how effective it is when placed on a moving target like a truck, recon RC car or helicopter.

Think outside the box and you’ll get the upper hand against your foes.

There’s nothing wrong with hiding

You won’t be able to fully win a Blackout match by hiding, but you can get pretty far by doing so. It’s a little luck-based, but our favourite hidey-hole is in the Fracking Tower. There, you’ll find a small little shack between two big orange pits of whatever.

After heading into the lone building, you’ll find a single set of stairs that leads to a long corridor and bunker. The bunker itself is only accessible from two entry points — the building you came through and a lone set of bay doors in the roof of the bunker itself (aka the ground if you’re above ground). The bay doors are operated by a nearby button and are very loud — so you’ll know when they open. If you head to the back of the room, you can guard the bunker’s two entry points — a doorway and the bay doors.

Better still, a loot box usually spawns in the middle of the bunker itself.

Our team of three won a match of Blackout by realising the final circle would encompass the bunker and hid out in there until most other combatants had killed one another. We scrambled out in the middle of the final battle and dropped the remaining contestants to walk away with a (satisfying) win.

You can use the glider from up high

Your glider isn’t just for the start of the match. Up at the top of the Construction Site or Hydro Dam? Get a running start, hit jump and then hold that button. Your glider will activate and you’ll sail on down.

One-hit kills are a thing

Sometimes you’re just unlucky — combat axes can kill you in one hot (you need amazing aim and they’re VERY short range) and weapons like sniper rifles can drop you with one well-placed headshot.

Be prepared accordingly — and don’t be afraid to try said shots yourself. If you miss with the combat axe, you can pick it back up and try again.

If you’re in an area with zombies, you’ve two options: fight or flight.

It’s a case of risk and reward — if you find a zombie area, it’ll likely have a teddy bear mystery box nearby. Clearing out all the zombies in the area will grant access to the box, and its full of some crazy loot. Zombies themselves also drop loot as they die.

Deciding to stick around in a zombie area can be tough, though — you’re not only fighting ghouls but potentially other players looking to grab that same loot. Plan accordingly.

Do you have any more Blackout tips? Sound off in the comments area, below. We’ll likely add more tips as we keep playing, so come back soon for more!