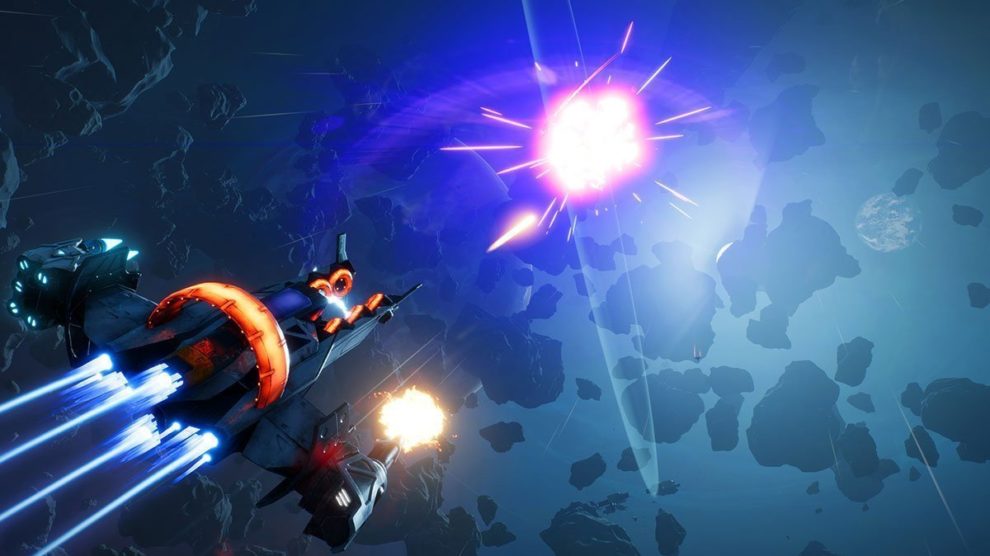 I was completely wrong in my review of Starlink Battle for Atlas when I said people interested in the game should buy it on Nintendo Switch. Ignore Star Fox content, do away with the Switch’s cloudy, almost-SD visuals and you’ll have a much better experience for it.

As I pointed out in the review, Star Fox content comes across like a last-minute addition to Starlink and completely overshadows a remarkable new sci-fi IP from Ubisoft. Playing for the last two days on Xbox One has asserted this; because I can’t play as Fox McCloud, I’ve actually gotten to know the Starlink crew and have been fully immersed into the game’s narrative now that characters aren’t talking around Nintendo’s anthropomorphic space adventurers.

Levi’s begrudgingly my favourite, by the way — the SoCal YouTuber is basically everything I love to hate.

Apart from feeling like a focused game (albeit with a tutorial that goes on and on and on and the whole unnecessary toys-to-life thing), Starlink: Battle for Atlas looks utterly gorgeous on a proper current-gen console. The Xbox One X Enhanced game doesn’t look to support 4K or HDR, but things are infinitely more crisp and smooth when compared to the Switch version, in or out of docked mode. I already said that Starlink had the gameplay that No Man’s Sky had always promised, but away from Switch it has the visuals too.

So there you have it — I was wrong. Star Fox content or two base ships be damned — Starlink is disjointed and ugly on Switch and those looking to buy it should definitely do it on either Xbox One or PS4. Thank me later — and have fun saving Atlas in style. (And I didn’t even mention Achievements or Trophies… until now.)

Starlink: Battle for Atlas is out now on Xbox One, PS4 and Switch. We’ve a digital versus physical buying guide here that you should definitely check out.