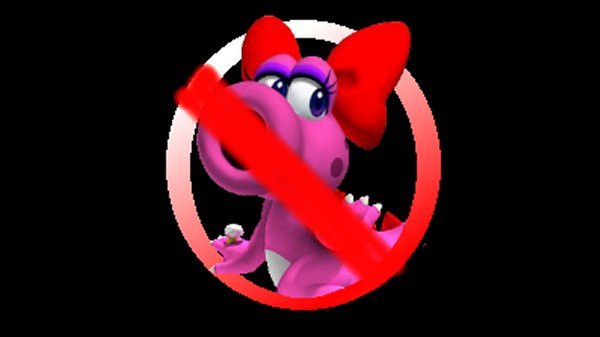 Nintendo today released a statement explaining why they will not allow homosexual relationships in the upcoming Tomodachi Life.

It was a lacklustre statement.

“Nintendo never intended to make any form of social commentary with the launch of Tomodachi Life,” Nintendo of America said. “The relationship options in the game represent a playful alternate world rather than a real-life simulation. We hope that all of our fans will see that Tomodachi Life was intended to be a whimsical and quirky game, and that we were absolutely not trying to provide social commentary.”

Little did they realise, that very comment would spark far greater social commentary than they’ll be comfortable with. The sad revelation throughout this matter is Nintendo doesn’t approve of same-sex relationships, and certainly doesn’t want gay characters or themes in their games.

The first instance of Nintendo removing an LGBTI theme in one of their games goes back to 1988’s Super Mario Bros. 2. Birdo was first described in the game’s manual as a male who identified as a woman. Moreover, Birdo wanted to be called “Birdetta”. Take a look a game manual post-1988, and you’ll find those references have been removed.

In 1992, Enix — this was before they merged with Square, kiddies — was ordered to remove a gay bar from Dragon Warrior III before the Nintendo Seal of Approval would be issued for the game. Without that seal, the game would not be allowed on a Nintendo platform. Amongst other content, Ultima VII was also censored to remove the option to sleep with a same-sex “bedmate”-slash-prostitute.

Around 1999, it seemed as if Nintendo might be relaxing their stance on GLBTI issues, with Banjo-Tooie introducing gamers to a gay frog named Jolly Roger and his cross-dressing co-worker Merry Maggie. Dragon Warrior III was even re-released on Game Boy Colour with its original content intact. To a lesser degree, Conker’s Bad Fur Day allowed for homosexual-themed jokes, though one would argue gays were usually the butt of those jokes and nothing else.

But flash-forward to 2001, and Nintendo was already back on the path to “purity”. The company removed homosexual relationships from the Game Boy Advance and DS versions of The Sims before allowing them to be published.

Nintendo had the chance to redeem themselves last year, when it appeared as if Tomodachi Collection: New Life briefly allowed for male-on-male relationships. It even looked as if one of the members in a homosexual coupling could become pregnant with child. Sure, it wasn’t exactly true to life, but it provided for gay and gay-friendly players to engage in relationships and create families within the title.

Or, as #Miiquality’s Tye Marini put it, Tomodachi Collection: New Life would have let him play as the man he identified himself as.

When made aware of the situation, Nintendo immediately classified it as a “bug”, and made their intentions to remove the relationships from the game as quickly as possible quite clear.

Worse yet, they described the male-on-male “bug” in the following manner: “human relations become strange”.

Nintendo’s Bill Trinen has recently clarified with the media that the Tomodachi Collection “bug” wasn’t one at all, but a manipulation of the game. “Essentially [players] would create a male version of a Mii character and assign their gender as female, and that was how the two males were able to have a baby,” Trinen said. His clarification of the New Life bug doesn’t change the fact that Nintendo was quick to pounce upon the very idea of male-on-male relationships and work to remove them from the game.

So there you have it: Nintendo never intended for same-sex partnerships in one of their games. Nintendo wasn’t going to celebrate the fact that, if true, Tomodachi Collection: New Life would have been the first first-party Nintendo title to allow for same-sex relationships. Worse yet, Nintendo’s statements in the last week just show how closed-minded they are.

“I want to be able to marry my real-life fiancé’s Mii, but I can’t do that [in the game],” Marini said in a #Miiquality statement. “My only options are to marry some female Mii, to change the gender of either my Mii or my fiancé’s Mii… or to completely avoid marriage altogether and miss out on the exclusive content that comes with it. But none of these are a real solution.”

Nintendo doesn’t care. The fact of the matter is that Nintendo has created a very gripping piece of social commentary with their decisions on Tomodachi Life, and we as a community should certainly remind them of that.