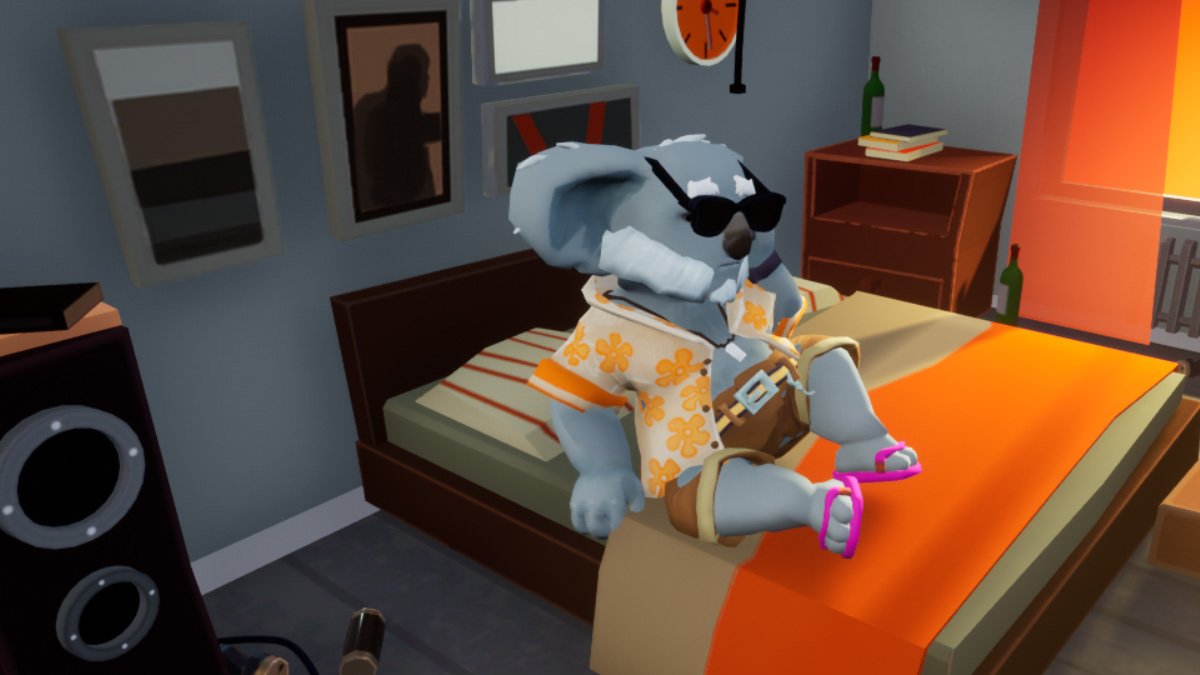 Stone’s Greg Louden on the need for Australian games

“It’s largely a lot of… it’s very much so like Clerks,” he told Stevivor when speaking of the cast of Stone, Convict’s first game. “It’s a lot of friends and family, and friends that are actors. Just a lot of people that I found to be really great characters.”

It makes sense that Louden would equate Stone to Kevin Smith’s first major film – after all, both were made as labours of love by very small teams. The fact that Louden’s resume is equal parts film and game doesn’t hurt, either. He got his start at Animal Logic, doing animation on films like Legend of the Guardians and Zack Snyder’s Sucker Punch before working on blockbusters including Gravity and Ridley Scott’s Prometheus. A transition to video games followed with an opportunity at the Finland-based Remedy Games, the studio behind Alan Wake, Quantum Break and the upcoming Control.

“I just really wanted to work in game storytelling,” Louden said, reflecting on his career. “I love Remedy Games and still do. I got to work on Quantum Break and see how [Remedy] makes games.”

One of the highlights of Louden’s time at Remedy was working under the likes of Sam Lake, whom Louden called “a rockstar of game writing.”

Despite the pedigree of the studio, Louden was stopped dead in his tracks and forced to rethink his career thanks to one simple question.

“When I was promoting Quantum Break, a lot of people were like, ‘Why aren’t there more big Australian game studios anymore?'” he said. “I think that helped plant the seed.

Louden cites a centralisation of games as another reason for the creation of his studio.

And so, Stone was born, a game that’s been in development for the last fifteen months but only announced last week. Described as a “hip-hop stoner noir adventure,” it revolves around a stoned, anthropomorphic koala who sets off to solve the mystery of his kidnapped partner, Alex. Decidedly Australian, it’s already generated huge interest from the likes of a one-minute announcement trailer.

When speaking of his protagonist, Louden can’t resist adding yet another film reference into the mix.

“I’ve always just loved The Big Lebowski, and I was like, ‘What if… rather just playing a dude in a game like you always do, some blank canvas for you to go into, what if you could play The Dude? And what if he was Aussie? And what if people could learn about Aussie slang?”

And learn players will. A special press preview build already has journalists quoting back lines like, “no wucking furries” alongside other classic Aussie gems.

“And ‘yonks’ has been quoted too,” Louden said enthusiastically. “It’s been really nice. I think it goes down to the point before. I’m really excited because I hope that Stone means that a lot of publishers and a lot of other storytellers are going to be just brave enough to be like, ‘We don’t have to just do the same American stories.’

“I think if you’re Aussie and you like Stone, then the more support, the better. It’s going to mean more international stories, which is something that I love when I read or when I go to the cinema,” Louden said.

Stone is planned for release later this year on Windows PC and Mac. Stay tuned on more with Greg Louden in the days to come.