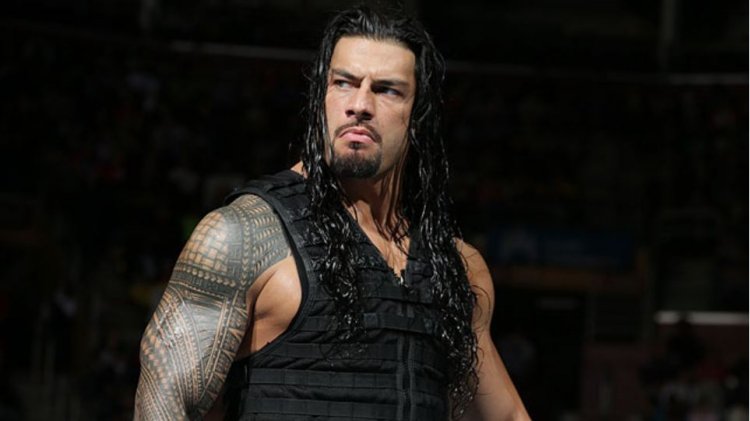 As a WWE fanatic, Stevivor staffer Cav was the perfect choice for a one on one with WWE Superstar Roman Reigns ahead of a WWE event in Melbourne last week. Join Cav as he takes Roman through the Stevivor Series Ten Count, a barrage of ten hard-hitting questions that revolve around 2K’s WWE franchise as well as the real-life sport. -Editor

Cav, Stevivor: Are you a Gamer?

Roman Reigns: Yes I am.

Stevivor: What consoles do you own?

Roman: I’ve got myself an Xbox One.

Stevivor: Is that all?

Stevivor: Do you game on the road?

Roman: No I don’t, you know it’s all about having time. But we have been talking about getting PS Vitas.

Stevivor: With your gaming, are you competitive with any other WWE Superstars or Divas?

Roman: I’ve been playing a bit with The Usos. There’s a lot of back and forth on the mics between us.

Stevivor: Well that’s got to be better than being abused by 12 year olds. What’s it like seeing yourself in a video game for the first time?

Roman: It’s amazing, you know with the graphics and the content and just how unbelievably smooth the games look these days; to be so, so real. The realism is just unbelievable. It’s like a bucket-list check off and that’s something that not a lot of people get to say. l am very fortunate to be in a video game, it’s super neat.

Stevivor: Is there anything you’d change about your video games character?

Roman: Well, no. I like how I am. Maybe I’ll change the things about me and then we’ll change them in the next video game. We’ll just keep evolving.

Stevivor: So which is more impressive: You in a video game or you as an action figure?

Roman: I’d have to say a video game. Having an action figure kind of immortalises, you know? It’s like you’re right there…

… There he is, BAM!  Right there!  But to see yourself in a video game, competing and doing your moves, with your mannerisms and stuff… your entrance. There’s nothing like that.

Stevivor: Do you feel pressure being part of what many fans consider to be “Wrestling Royalty” with regard to your family and background?

Roman:I don’t look at it as pressure. My main thing is that it is a responsibility to uphold. The bar was set for me and my goal is to push that bar as far as I can and represent my family to the fullest. That’s my thing when I step into the ring. It’s not just for me, but for everyone that came before me and the ones that are going to follow me.

Stevivor: The last of our questions for you is next. I’ll set you a scenario: You have the chance to tag team with any wrestler from history. Who is it?

Roman: Just one tag partner? You know me and The Shield we always did the six man tag matches so I automatically got to a six man tag. So I am going to go with two partners: Big Show and Andre the Giant!

*This was met with joyous laughs by all in the room, Roman included.*

Who’s gonna beat that? C’mon man! Let me run around and do my thing and then I’ve got two Twin Towers just ready to take on the world!

Roman was amazing enough to sign the action figure mentioned in the interview. For your chance to win that figure and other prizes from WWE’s upcoming SummerSlam event, keep it locked to Stevivor.