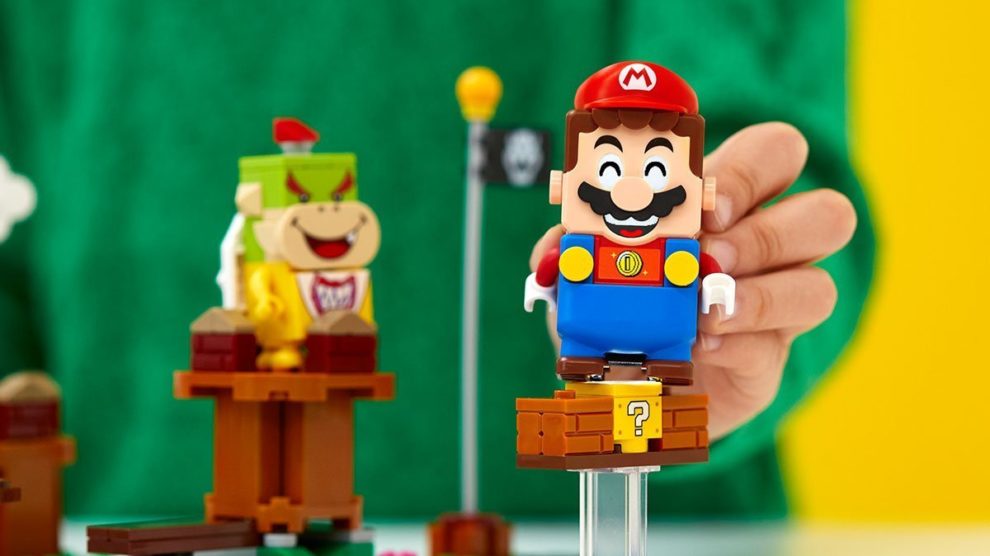 Recently, Lego and Nintendo announced that they’d partnered up to create a brand-new way to play with both Lego and Super Mario called LEGO Super Mario. While the teaser video gave some hints as to how this interactive, real-life Super Mario Maker would work, there were plenty of questions left unanswered. So, we went to the man behind the creation to find out the how and why behind the plastic: LEGO Super Mario lead designer, Jonathan Bennink.

These sets mark the first time Nintendo and Lego have collaborated. “We created some initial experiences with [a brick-built, tech-enabled Mario], but they were rather gimmicky and very digital-oriented,” Bennink said.

“When we showed it to folks around the company they asked ‘yeah he is very cool, but why is it a LEGO toy? Where is the creativity?’ This sparked more brainstorming and during one of the online calls together we came up with the idea of building levels for him out of LEGO bricks. This later evolved into having a certain amount of time to collect coins on the different bricks, characters and challenges.” 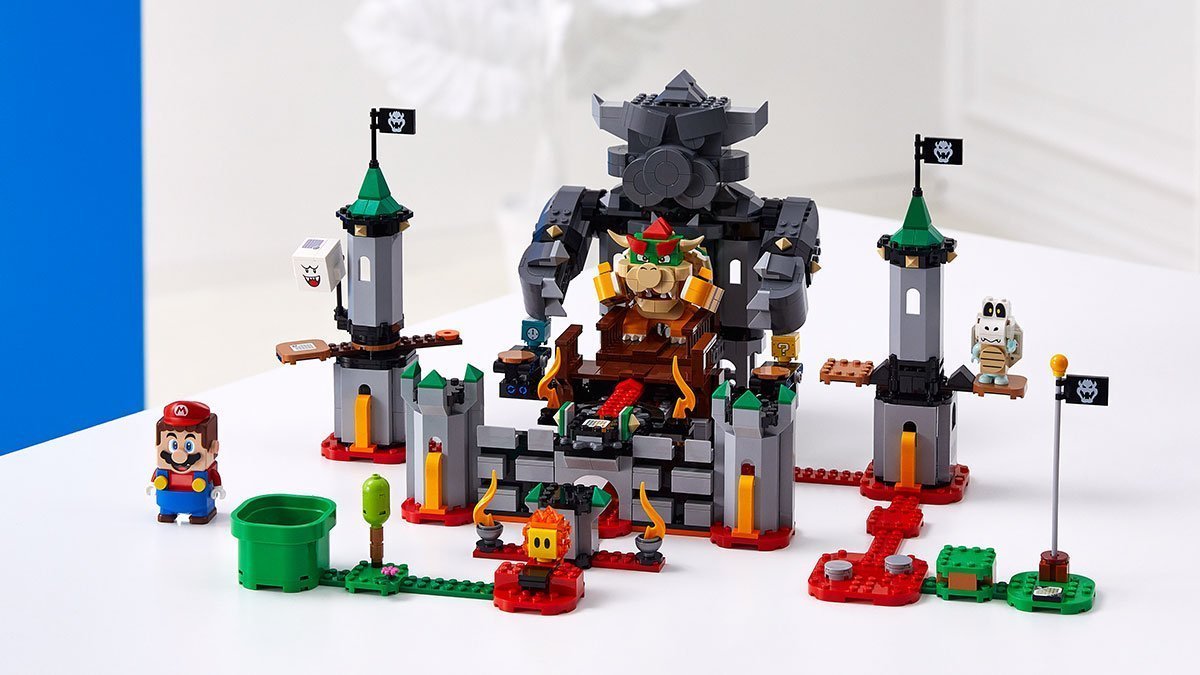 The way the finished toy works is that the child (or, let’s face it, adult) builds their course however they want, and then has a limited amount of time to collect coins. What’s interesting is how the Mario figure works. “LEGO Mario is equipped with a display to show his emotions through his eyes, mouth and belly screen. He has a speaker so he can talk and play the iconic sound effects of the games. His brick sensor under his feet senses both a selection of the LEGO colour palette and also action bricks,” Bennink explained.

“The action bricks are uniquely decorated LEGO tiles that have a barcode printed on them. LEGO Mario has a unique reaction to each type, and using the action bricks he knows when to start and finish a level, when he is on a platform, and what enemy he is defeating. LEGO Mario also has a 6-axis accelerometer to detect running and jumping and collect coins on the challenges. Finally, using Bluetooth Low Energy he connects to a companion app.”

Some fans were disappointed that LEGO Mario runs on AAA batteries, rather than rechargeable, but while Bennink didn’t specify how often the batteries would need to be replaced, he said that the choice was made to keep initial purchase cost down. 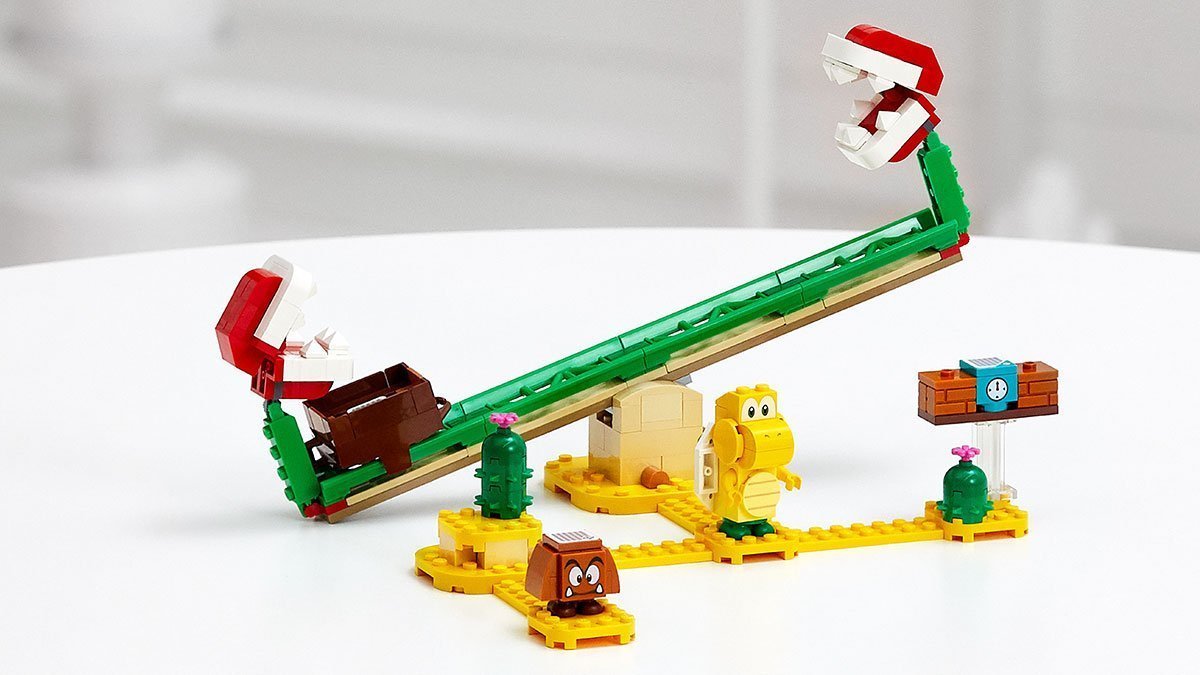 This isn’t the first time LEGO has ventured into melding the video game and interactive brick spaces with apps or software. Ultra Agents was an app-enabled flash in the pan back in 2015, LEGO Dimensions was a relatively successful toys-to-life title from 2015 until its cancellation in 2017, and the Hidden Side sets, launched in 2019, have app-enabled AR play after the sets have been built. But Bennink has revealed that the LEGO Super Mario collection is completely different, because it doesn’t rely on an external device to work during play.

“You don’t need the app during level play with LEGO Mario, but you do need the app to set everything up,” he said. “The app updates LEGO Mario to work with the expansion sets and possible future sets we may launch. The app also features all of the building instructions and how-to-play videos… [and] has a large inspiration section to give you new ideas for levels and it is a platform to share levels you built, complete with pictures & coin scores.”

One of the things that make Mario games so fun or challenging are the limitations of only being able to jump so high or so far, and needing to focus on multiple things at once (like two enemies and a moving platform). Obviously, that’s not really possible when you’re building with physical bricks and Mario can move as fast and jump as high as you. That was something the design team really had trouble solving. 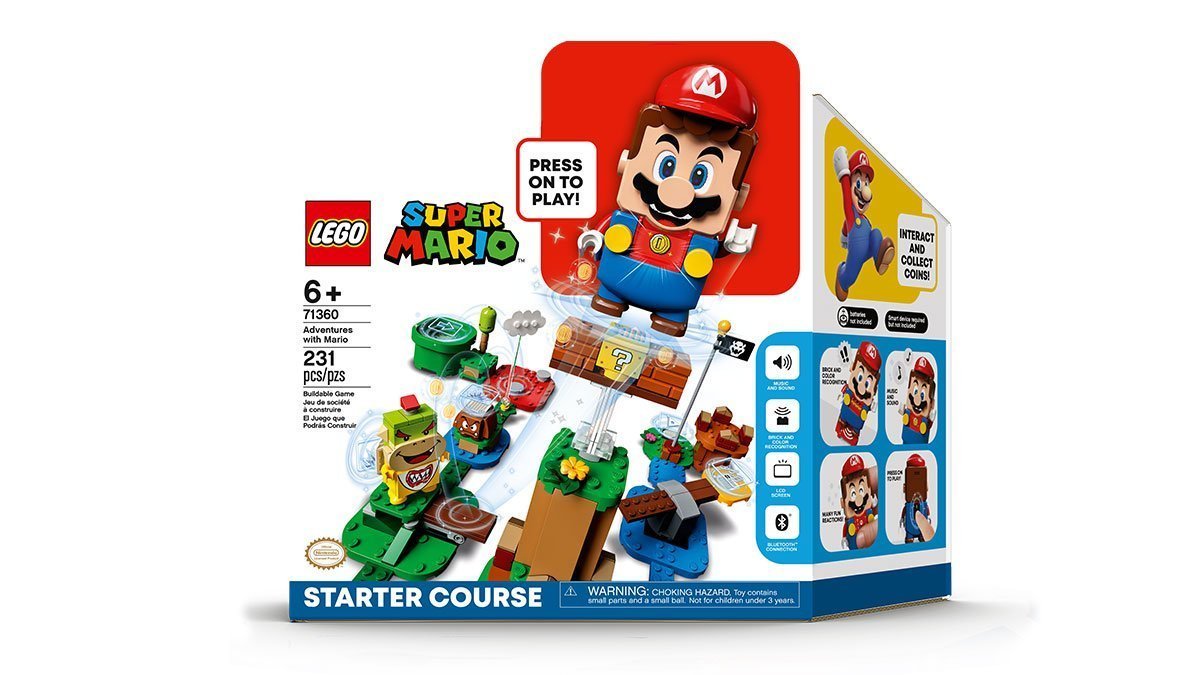 “We did experiment with giving the player exact instructions on what to do (Simon-says type games, like ‘go to blue’, or ‘don’t step there’), but these were not a lot of fun,” Bennink said. “We found that playing a level needs to be intrinsically motivated. We just give you the tools to come up with levels and challenges for LEGO Mario to try and see how he reacts and how much coins you get. In this aspect it is like Super Mario Maker where you can just put the start and finish next to each other, but what is the fun in that?”

The other thing they found is that people want to play differently with a physical Mario than they would digitally. Fear of death makes the play less fun, whereas players responded better to rewards for playing well. “For instance, LEGO Mario can’t die or lose coins,” he said.

“An early prototype of the Piranha Power Slide made you lose coins when you hit the Piranhas at either side. Kids ended up with, like, minus 15 coins at the finish and were very unhappy. Worse still: they didn’t understand why. The final product rewards you when you are not hitting them for a while, by multiplying the amount of coins you get when sliding correctly for some time. When you do hit them however, you get a 1 second penalty in which you can’t collect coins and the coin multiplier is reset.”

Whether this is entertaining and worthwhile for adult fans of Mario and LEGO will no doubt be discovered when they’re released on the 1 August 2020, but the toys do sound as though they’ve been well targeted at kids aged 6+.