With Call of Duty: Advanced Warfare’s “Havoc” DLC out now on Xbox 360 and Xbox One, and heading to Windows PC, PS3 and PS4 on 26 February, we thought it’d be a great time to sit down for a quick chat with with Sledgehammer Games and Raven Software to discuss the content.

As varied as the content is, it’s still more of the same for long-time fans of the franchise. Surely it’s difficult for Sledgehammer and Raven to produce content that’s not only fresh and exciting for players, but for the studio to create as well?

“Call of Duty has amazing fans who are passionate about making the game be the best we can, and developers who are committed to doing the best works of their careers,” Sledgehammer’s Michael Condrey said. “We have actively been listening and reading feedback throughout Advanced Warfare’s development, as well as post launch, to ensure that the season of content will continue to thrill fans.”

“Havoc” continues Advanced Warfare’s attempt to show gamers just what we could expect when it comes to the future of combat. The DLC’s AE4 energy assault rifle, and its variant the Widowmaker, keep to that mindset. 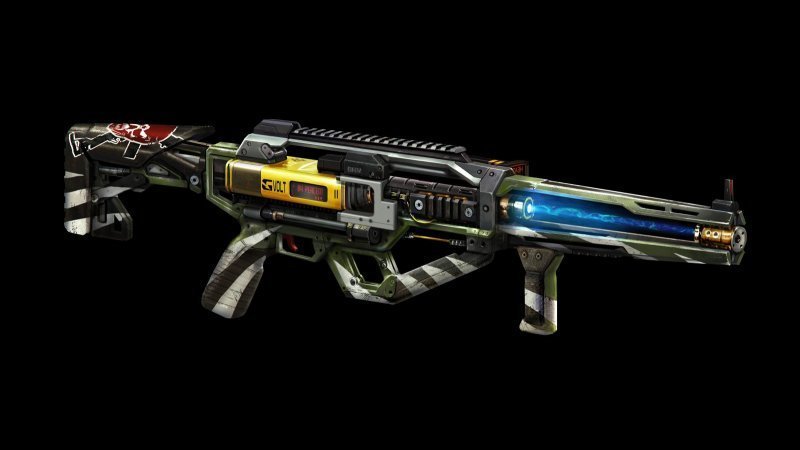 “Directed energy weapons are not only the near future, but they are working today,” Condrey asserted. “It is fascinating science, not science fiction, and it truly will be in the hands of tomorrow’s soldier.

“The AE4 brings the benefits of the directed energy heavy weapons into a lighter and faster assault rifle class weapon.  With the Widowmaker, it’s got a great balance of stopping power, range, and accuracy – with the added benefit of not having to reload if you can manage the power supply smartly.”

It’s not all life-like photo-realism. One of the DLC’s maps, Sideshow, is described as something out of the developers’ collective nightmares. I was curious if that caused issues when compared against the true-to-(future)-life nature of Advanced Warfare.

“We wanted to offer players a more open and long sightline style of gameplay in Sideshow that was reminiscent of some of our — and fan — favourites in Call of Duty 4 and Modern Warfare 2,” Condrey said. “The map is designed with an exciting balance of longer gun game, with ARs and snipers enjoying the extended sight lines, and SMG and shotgun players moving quickly through the interior spaces. It holds true to the fast paced, movement driven design fundamentals that are core to Advanced Warfare’s multiplayer, but we also think players will really enjoy a feel that makes Sideshow unique to ‘Havoc’.

“As for the theme, we did a lot of research on iconic and memorable locations, both real and fictional, and the concept of a memorable clown-themed hotel inspired the art and design teams to really drive something creative for fans.  With its unique map-based score streak, it’s hard to forget.” 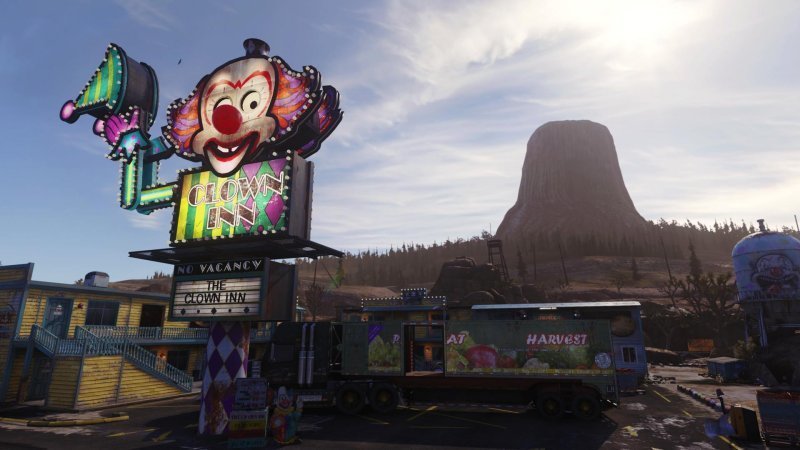 In case you haven’t seen it, Condrey is referring to a giant clown head that shoots out bombs that can be picked up and used against enemies. Fun, but I think we can all agree, not combat of the future.

I’ve sunk a couple hours into Exo-Zombies already, succeeding against wave after wave of Atlas-powered undead with some randomly-partnered Xbox Live types, and failing miserably with others. Nevertheless, I get a kick out of the gameplay and the way in which John Malkovich’s Atlas janitor looks as amazing as Spacey’s Atlas head did in the game proper.’

While each of the four big name actors look as good as Spacey, in both in-game and cutscene forms, they obviously don’t have as big of a part to play as Spacey did himself in Advanced Warfare’s single-player campaign. You’ll really interact with the actors the most by listening to random banter and one-liners that they offer as you beat down Exo-powered zombies.

Still, we know that Sledgehammer used the same technologies as Avatar 2’s James Cameron; I wondered if it was a challenge to capture four actors for “Havoc” rather than the one big name star for the original game.

“Having four great actors was a challenge that the team looked forward to,” said Eric Biessman, Senior Project Lead at Raven Software. “Instead of having a few amazing characters to run the dialogue and story through, we had the opportunity to make all four characters shine in diverse ways, but make sure that our writing lived up the acting talents that all four could provide.” 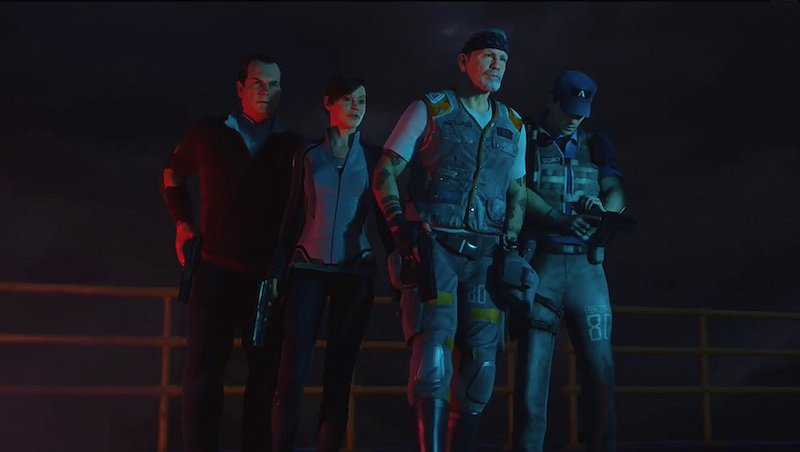 “We knew they were going to bring the characters to life and we hand to make sure the script lived up to that promise,” Biessman added.

Scripts. Story. To me, it sounds like both Sledgehammer and Raven know that a great plot can really make or break a game. Advanced Warfare seemed to have a much stronger story than the twisty-turny Modern Warfare 3, but still seemed a bit oversimplified and safe. While multiplayer content will surely continue to be offered in the Call of Duty franchise, will Advanced Warfare continue to break the mold and deliver proper, single-player content?

“We definitely love the idea of a ‘Directors Cut’ version of the campaign, where we could tell some of the untold stories in the form of DLC,” Condrey said. “I’d like to be able to do that in Advanced Warfare.”

You heard it here, gamers – speak out if you want your single-player voice heard.

Call of Duty: Advanced Warfare’s “Havoc” DLC can be purchased on its own or as part of the Advanced Warfare “Season Pass”, offering this and four other DLC bundles for $64.95 AUD.