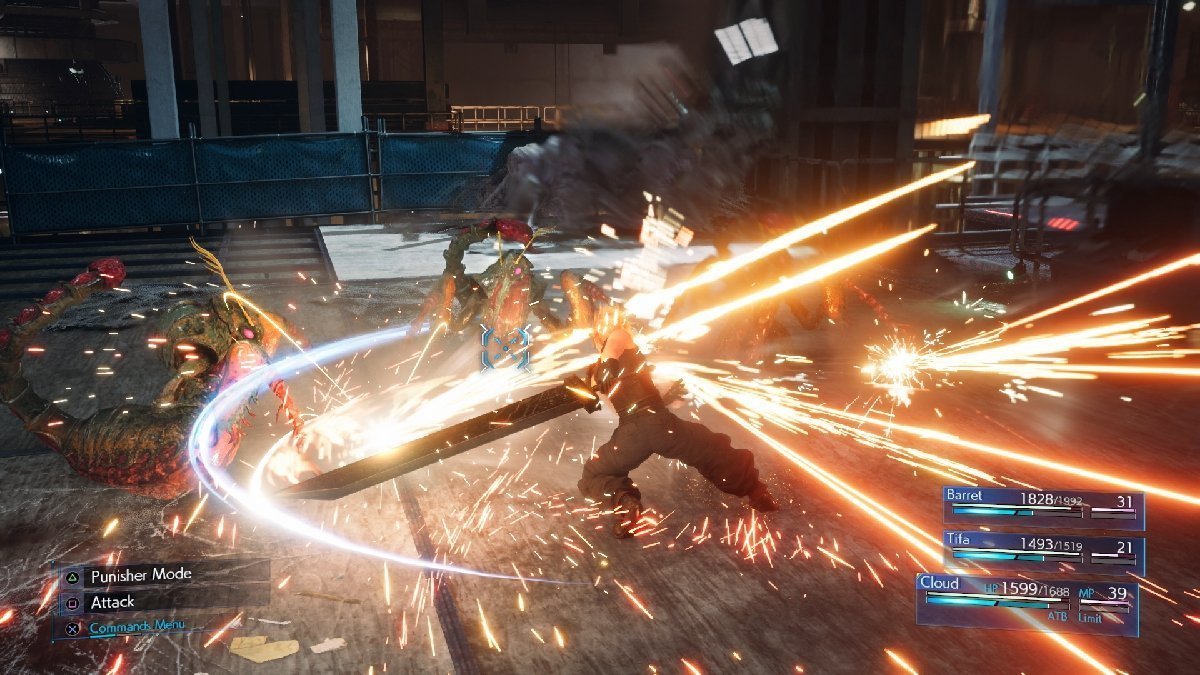 The final product was "designed to really satisfy both groups of players and give both of them what they're looking for."

Final Fantasy 7 Remake Producer, Yoshinori Kitase, told Stevivor that he’d planned for the game’s battle system to be more like that found within Kingdom Hearts before Director Nomura Tetsuya nixed the idea.

“My personal opinion was I thought it would have been suitable to make it a full 100% modern action game,” Kitase said through his translator, Gavin Poffley. “Actually, when we were discussing this and I proposed I wanted to take it full action, our director Nomura Tetsuya said, ‘no, I don’t like that idea.’

“[Nomura] said, ‘no, I want to keep in… original elements for the original fans and what they loved about the original turn-based style system’,” Kitase continued. “That’s really what led us to this hybrid model that we have today. We feature elements of both of those.”

Final Fantasy 7 Remake features a battle system that allows for real-time combat — the swinging of a Buster Sword, as an example — coupled with a menu-based input system that pauses the action while you line up magical spells or find the item you wish to use. Kitase explained that this hybrid system essentially is the best of both worlds, means to please fans both old and new.

“In the battle system too, that’s very much reflected in the way that we’ve created this hybrid system between menu command based input and action game mechanics. So that’s again, designed to really satisfy both groups of players and give both of them what they’re looking for,” he continued.

“It’s exactly the same idea behind the way we’ve reconstructed the story as well in that players who are completely new to it [will] be getting a an absolutely brand new game story experience. We’re trying to make it so that they can experience the shocks or surprises and all the great moments the fans 23 years ago experienced, so they can experience them now in a modern way.”

“For people who did play the original and are coming back to Final Fantasy 7 we really have put in loads of extra new surprises and details there so they can go deeper into the world. They can see all the minutia share of the world that they loved and extra detail and also find new stories and new bits of lord and background and side episodes around that too.”