There's a lot of new stuff being added to the franchise...

Far Cry 6 gameplay was today shown off by Ubisoft, and ahead of time, we had the chance to talk with World Director Benjamin Hall about all the new things coming to the popular franchise.

The interview can be listened to as part of our Friendly Fire Show podcast, or read using the transcript below.

Steve Wright, Stevivor: The first thing I want to talk about is stupid, but I can’t stop thinking about it. I know I heard the Wilhelm scream in that presentation yesterday and as well as the Macarena, of course. Was that just for the presentation or is that going to be in the game? If you push someone off a cliff, are you going to get the Wilhelm scream?

Benjamin Hall, World Director: Great question. For that one, I’d probably have to speak to Nav[id Khavari, Narrative Director] to double check. For the Macarena, I know that [it’s] going to play when you when you shoot the CDs from the CD launcher.

Stevivor: I seems like yesterday, but it also seems like 17 years ago that I first talked with Navid about Far Cry 6. That was in July 2020, so I need to do a COVID check-in. Navid seemed pretty happy and confident at the time that your team was able to, you pivot and get things done. Is that still true now?

Hall: I mean, COVID impacted us like it has impacted pretty much the whole planet in that we you know we wanted to make sure that our team [could] stay safe during this pandemic. So we just have made a big big switch very, very quickly to get people to be able to work from home [and] get technology that was already being piloted and tested within the industry anyway.

It certainly did have an impact in certain areas of the game. [From] the logistics of things to making sure it could be done safely and everyone could stay safe during it. There’s other parts of it that have definitely… in some ways improved, in terms of this digital communication, similar to what we’re doing right now [on a video call interview].

Being able to have these kinds of conversations with with the entire team at the same time… had some positivity. But, yeah, the team [is] continuing to work hard, stay safe, and hopefully we can get through this soon. 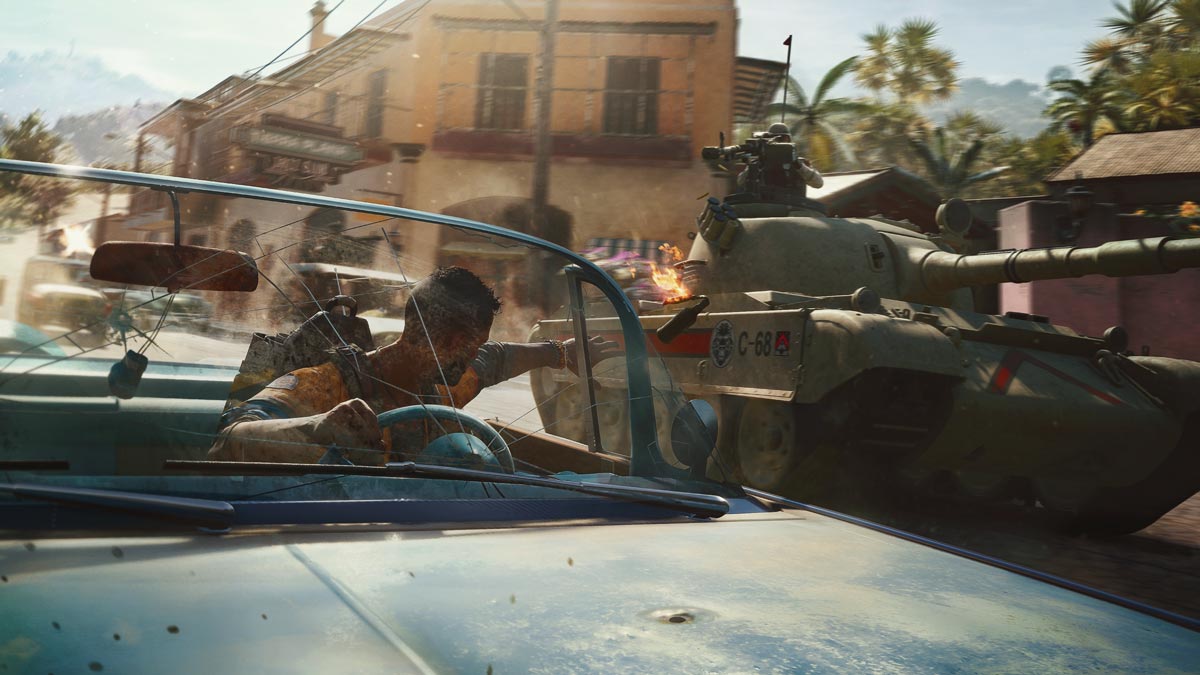 Stevivor: I guess I’m counting all my questions as ‘world’ questions, but I don’t know if it’s true or not. I curious, first, as to what you see falling under your jurisdiction as World Director.

Hall: As World Director, I’ve been looking after the team building Yara. We’ve been working on building the landscape, the elements of the world, but also the activities, the missions and the things that you’re going to be doing in Yara, working in close collaboration with [the other key directors].

Stevivor: Watching the preview presentation, it just kind of struck me how there’s not a white person — a white saviour — jumping into the world and fixing things like in Far Cry 3. It’s not even like in 4 where it’s a native, but now American-influenced character who’s going to jump in and fix his old homeland. How purposeful was that? Dani is a Yaran and not an external influence coming into to save the land and these people.

Hall: It was important for Dani to be a Yaran for multiple reasons, but but one of the main ones that really stood out to us was that… we wanted to build this gorilla revolution.

We wanted to have Dani click — have a spark, have something that was worth fighting for. When you get to experience and meet Dani for the first time in the game, [you learn] they don’t want to be a guerilla. They don’t want to be in Yara anymore. They actually want [to] get out [and] go and start a new life somewhere else. They’ve seen the country kind of ground to a halt, and they’ve become disillusioned with the whole state of affairs in the country.

It’s really when they get to see, first-hand, the oppression and the tyranny of Anton and what lengths he’ll go to to try and rebuild paradise that Dani starts to see that [Yara is their] home.

Stevivor: Far Cry 6 lets the player put their weapons away and just interact with the world, which is something literally world-changing when it comes to the franchise. Has that changed how you’ve had to develop this game?

Hall: Yeah, the holstering system that we’ve developed for Far Cry 6 was something that was key, again, as part of Dani being a Yaran. They know people and they can blend in with people and disappear into the landscape.

It really did change the sensation of the exploration which has been super important. 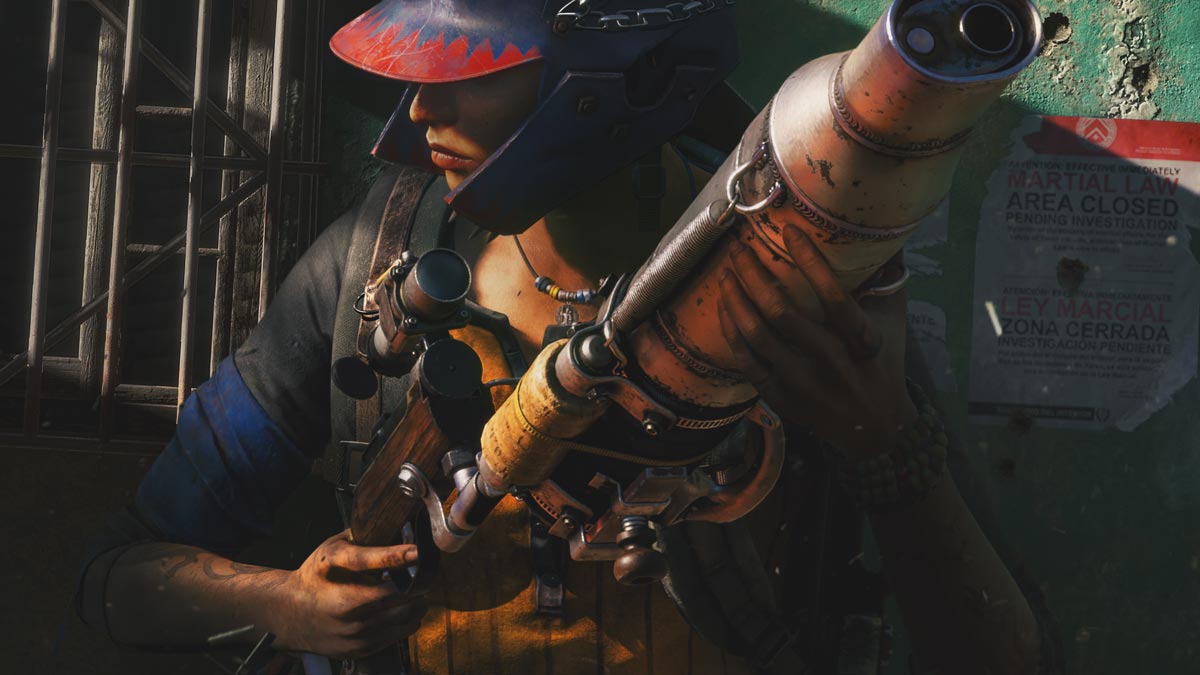 Stevivor: And you’ve just touched upon this, but that means there are definitely things that are present that will reward the player for exploration, be it lore or weapon upgrades, or maybe missions that lead to weapon upgrades.

When it came to the guerrilla side, you know they’re underpowered. They don’t have access to tanks and helicopters and airplanes and all these kinds of things. So it was important for us to find these ways in which the guerrillas could go out and explore the world.

[You can] find these interesting things and then go and speak to people like Cortez who’s going to work with you on building things like… supremo backpacks. [To] try and shift the balance of power from the military to the guerrillas.

Stevivor: We’re going to get guerrilla camps within this game – how do they function?

Hall: Camps are… hubs that the guerrillas are going to hang out; [they’re] the place you’re going to go to tool up, to plan, to prepare, [and] to find out more information to develop the story further.

We really wanted to work on these spaces as being a safe zone. It’s a place where the guerrillas can hang out or away from the military, so you get to learn a little bit more about the people when they when they gather [with]weapons down.

It’s the place where [guerrillas will] sit around the fire. Things are discussed. Things are talked about.

You can actually upgrade the guerrilla camps throughout the progress of the game, and they’re going to give you different inlets into extra parts and different parts of the game.

Stevivor: It’s a tradition here to ask people at Ubi what their favorite beast is within their Far Cry game, be it an Amigo or a predatory animal. So what’s yours?

Hall: We’ve got a really wide range of Amigos [but] I’m gonna say the Mongoose. I’m gonna leave it at that. 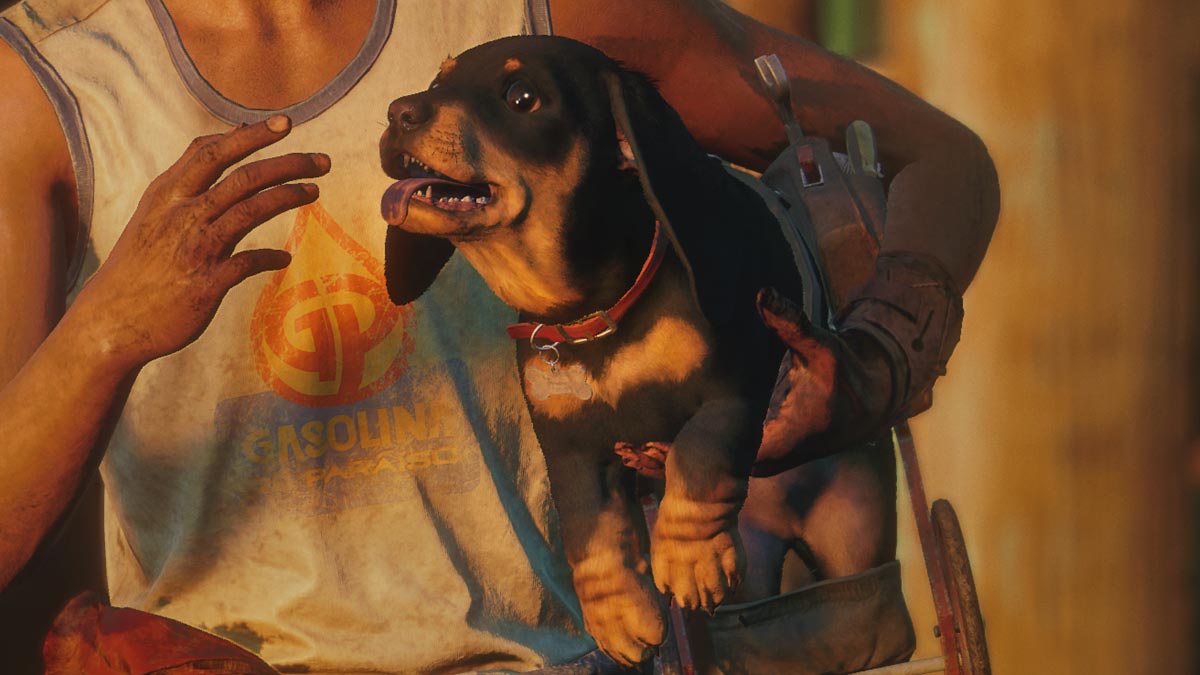 Stevivor: I’m sure it will be self-explanatory. Dan [Hay] talked about the Honey Badger, which is definitely self-explanatory. Naveed said Chorizo, which I guess is probably unsurprising as he’s the most adorable thing ever. It’s said he’ll kill enemies with kindness — can you elaborate on that?

Hall: We’ve actually got a large roster of Amigos. We really doubled down on it because of how much fun they are to have with you; they’re much more now like a partner in crime. You go into to battle with your Amigo.

So what we also wanted to do was to make sure that they fit within the the key elements of gameplay, which is all about this agency.

Chorizo actually does kill with kindness in that you know the expectation isn’t that he’s going to go and start chewing peoples legs off. So instead… what he does [with] his little puppy dog ears and his little eyes is he distracts them.

He’s a stealth Amigo so he can distract people, giving you the opportunity to either go for the stealth kill [or] plant the C4 and back out. That’s in in big contrast then to say like Guapo, who’s the crocodile… who you do expect to go chewing peoples legs off. Indeed, you send him in and he’s just going to create havoc in that compound.

Stevivor: Well, I’m planning to use chorizo to distract people and then you’re going to hear the Macarena happening and then chaos ensues and hopefully there’s a Wilhelm scream somewhere dotted in that whole chaos. Thank you so much for your time. 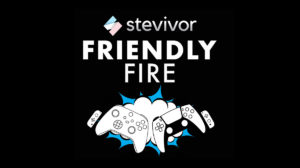 Is Overwatch 2 a full sequel or a replacement?

How to get the most out of PAX and game conventions

Halo Infinite has us mad and disappointed