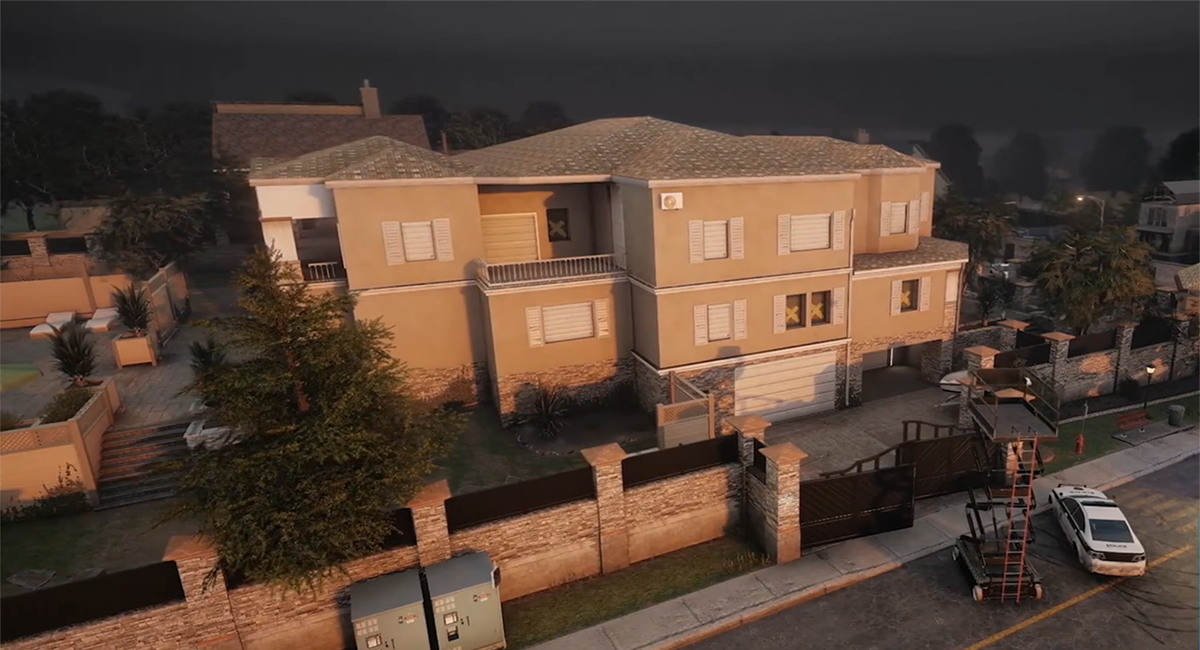 Alongside a useful rework to Amaru and a fancy new Proximity Alarm.

Ubisoft has detailed some of the changes that Operation Steel Wave will bring to Rainbow Six Siege. Chief among those changes is the rework of the much-loved casual map, House.

After several years, renovations are finally complete and a much more balanced House is here to stay. Most of the map retains the layout of the original, including bomb site locations, and should be instantly recognisable to veterans. Construction has been remade into Pink Room, and the long window overlooking Open Area and Main Staircase is now an internal corridor instead connecting Pink Room and Bathroom.

While Garage has also undergone some quality of life changes for defenders, the real meat and potatoes of the rework instead comes from the extension found on the south side of the building. Kids Room (now Car Room) and Master Bedroom are no longer easily accessible from the outside, with Play Room and Reading Room now providing a buffer on the second floor. Beneath them are Music Room and TV Room, which together replace the split bomb site from the original House.

These changes may be hard to visualise, but from our brief play session we can safely say that the updates to the map provide far greater balance, while still spicing it up enough to feel fresh.

Of course, no new operation would be complete without some balance changes, and Steel Wave does not disappoint. While there are several small changes coming, there are some big ones on the way too – most notably for attacking operator Amaru. Since her release, Amaru has suffered due to the slow and noisy nature of her grappling hook. This, coupled with the incredibly lethargic recovery time once she lands, have made her all but irrelevant in all forms of play as using her gadget becomes a death sentence. To fix this, Ubisoft has improved virtually every aspect of the Garra Hook.

Firstly, barricades on windows now break once Amaru meets them rather than when the hook is fired, giving the grapple some semblance of stealth. Secondly the recovery time is now much, much faster upon landing, meaning that Amaru is now ready to fight back virtually instantly upon entering a room. These two buffs alone go a long way to making Amaru a viable choice, but Ubisoft has also tossed Amaru mains another bone – she can now traverse up unbroken hatches. While I can’t ever see Amaru being a unique, meta operator choice, these changes go a long way towards giving her a niche to fill on some maps.

Finally, Operation Steel Wave also brings with it the first new secondary gadget seen for some time: the Proximity Alarm. The proxy alarm is a small device that can be thrown on a surface to alert defenders of an approaching attacker. While the radius of each alarm is quite small, the noise is very clearly audible and can provide valuable information to roaming defenders.

All of these changes and more will be available once Operation Steel Wave goes live, which should be sometime in the next few weeks. Rainbow Six Siege is currently available on Windows PC, Xbox One and PS4.