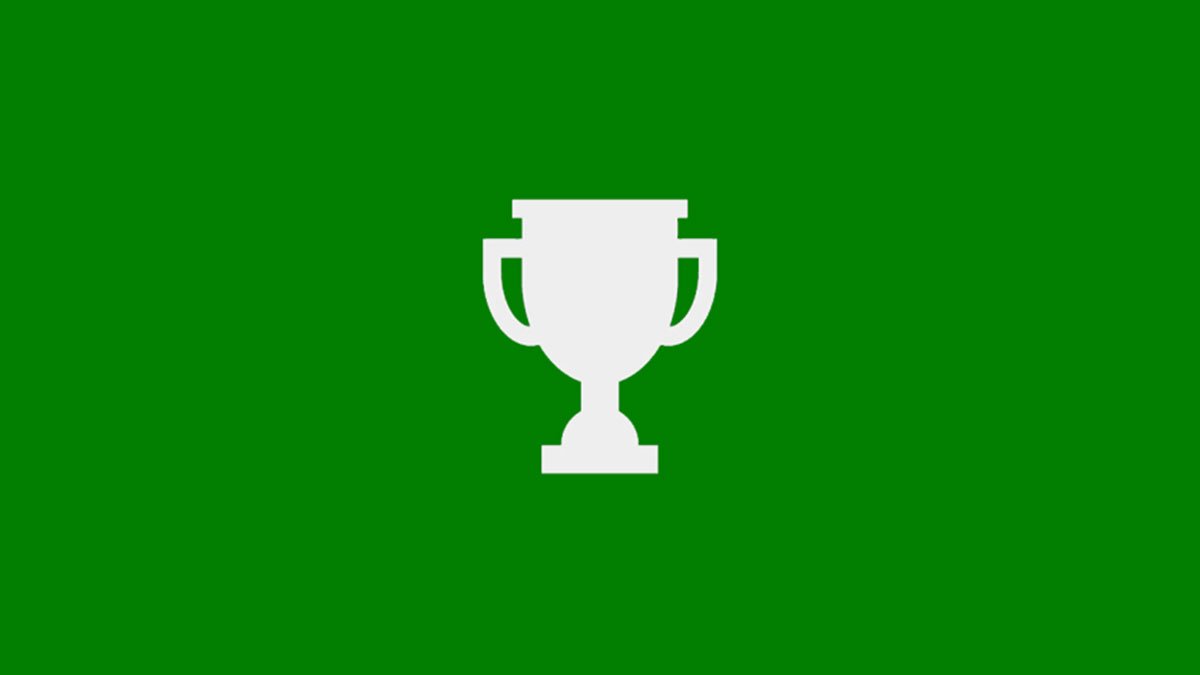 You’ve started off on your Xbox 360 or Xbox One not really caring about useless gamerscore points. After all, they do nothing of any value apart from giving you bragging rights (or, less eloquently, a bigger “electronic penis”).

Then, you unlock 24 out of 25 achievements in a game and think, “well, why not try to finish it?” Two hours later, you’re neck-deep in the grind, unlocking that last achievement and geeking out from a swell of pride that comes from deep within. You find yourself boasting (repeatedly) to your friends that you’ve got the maximum 1000 gamerscore in the game… and log in to your console just to bring up the screen that proves it.

The next day at work, you spend an hour researching the best ways to kill enemies, gather collectibles, or glitch to make it easier to unlock more achievements in your next game. You continue to tell yourself you’re still in control.

Next, you find yourself taking a day off work just to try to boost a game online; after all, you can’t finish it off without those pesky multiplayer achievements!

It’s at this point that you need to own up to your problem – you’re an achievement addict.

However, it’s important to remember that you’re not alone – back in 2008, players had already collectively unlocked over one billion achievements since the scheme was introduced on Xbox 360. Imagine what that number would be eight years later. 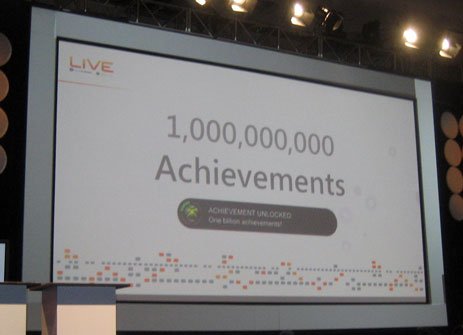 So don’t lose heart – embrace that inner addict! After you’ve reach some sort of acceptance, here’s some tips from self-acknowledged addicts to maintain that Xbox-slash-rest of life balance.

There are MANY types of achievement addicts, but to simplify things, you will eventually identify with one of three main types: gamerscore addicts, completionist addicts, or hybrid addicts.

The completionist addict is more about finishing off games and getting their game library achievement completion as close to 100% as possible. These players will spend as much time as is necessary on one game to ensure they’ve unlocked every achievement possible, and won’t play a game if they can’t get 100%; after all, it’d wreck their stats!

The hybrid addict is somewhere in the middle – they’ll aim for completion, but won’t be too stressed if they don’t get it…so long as they can unlock most achievements in a relatively quick time. If games require two or three playthroughs to unlock all possible achievements, they’ll go through the game once and set it aside for a second attempt later on (but won’t lose sleep over it).

Gamer Stallion83 knows his class, and rightly so – he holds the distinction of having the highest gamerscore of any other Xbox gamer, currently sitting at 1,340,480 at the time of writing. Back in 2009, Stallion83 told Stevivor that his gamerscore addiction began in January 2006: “I can thank Call of Duty 2 for that,” he mused. “My achievement hunting began the very first day the 360 was released in North America. I reached 100,000 in March 2007, and 333,333 gamerscore in July 2009.”

Stallion83 hit 1 million gamescore in March 2014, naturally the first gamer to do so. He identifies himself as a Hybrid addict: “I have different cycles that I go into during the course of a year. My main cycle is to get the most out of a game and then move on to another game. I usually come back months later and top a lot of those off.

“I believe it is much harder to score a huge amount of gamerscore points over a few months than going for a few pesky achievements. It wears your brain out a little bit more. I consider my completion cycle my chill period.”

Use all resources at your disposal

Hands down, there are two amazing websites that achievement addicts should have bookmarked: www.trueachievements.com and www.xbox360achievements.org. Both sites are excellent resources for gamers, and the achievement guides featured on each are unparalleled. TrueAchievements also takes the unique step of allocating each proper achievement a “TrueAchievement” score – which is usually higher than the proper score allocation and rises or falls depending on how many other gamers have successfully unlocked it.

For example, the difficult “EA Sports Hockey League Legend” in NHL 09 is worth 100 real gamerscore, but has a TrueAchievement score of 526 because a scant 4% of that game’s players have unlocked it. In addition to providing tips to get those hard to unlock achievements and helping you pair up with others who can help you out, you’ll also get a huge ego boost by winning those that others can’t.

LFG sites are also quite useful in finding people to play (and boost) with — DestinyLFG.com being a prime example. Said websites are proving so successful that Xbox is integrating the feature into its core OS quite soon.

Get some quick, cheap fixes

No matter which addict type you associate with, there are tons of games that can provide instant gratification in the form of easy achievements or easy full completion. Some are good, some bad, and some bad but totally worth playing regardless. This author’s personal suggestions include:

The good: Early 2K sports games NHL 2K6, NBA 2K6 and College Hoops 2K6 can be picked up cheap second-hand and have 5 achievements each which can usually be unlocked in an hour or so each for their full 1000 gamerscore. Another decent game with easy gamerscore from the 360’s launch is Condemned: Criminal Origins, which can get you a full completion on one run through. Doritos: Dash of Destruction is a free Xbox Live Arcade game that’s decent to play and a sure-fire 200/200 gamerscore (Arcade games are limited to that amount). 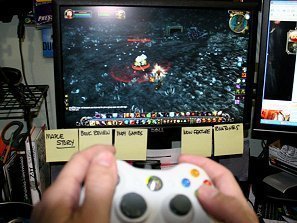 Bully: Scholarship Edition is a bit painful to play through at times, but should get you a decent score just through playing through the story. For those looking to get some nostalgia, Sega Mega Drive: Ultimate Collection will net you big scores over a variety of classic Sega games. If you’re a trivia buff (or you’re good on Google), Trivial Pursuit and Scene It: Box Office Smash come highly recommended.

More recent games include XMen Origins: Wolverine and Batman: Arkham Asylum, which will give you a lot of gamerscore quite easily, but have some challenges in them that keep you from getting too bored while playing.

The bad: Eragon and Terminator: Salvation are an easy source of gamerscore, but are ridiculously painful to play through. On the flipside, Avatar The Last Airbender: The Burning Earth is such a poorly-designed game that you can get a full 1000 gamerscore in about five minutes, repeatedly mashing the “B” button – it’s totally worth renting at your local video store.

In addition to some of the games listed above, Stallion83 also recommends “Disney and kids games.” He adds, “I think it really depends on how little or how much you enjoy a certain game to determine how hard it may be for you. I think a 6 hour game that I hate is harder than a 10 hour game that I enjoy. For me, not much beats online co-op games.”

The examples above are primarily Xbox 360 games, but you can access a great list across 360 and Xbox One right here.

Above all else, video games are supposed to be FUN! If you find yourself scouring over achievement guides carefully plotting out every virtual move you make – basically treating your gaming experience like a second job — it might be time to take a step back and remember why you started gaming in the first place.

In his long quest to reach 1,000,000 gamerscore, Stallion83 keeps his gaming fun in a variety of different ways. “Gamerscore leagues for the most part have kept me going and have given me some extra motivation over the years. Instead of gamerscore being just for yourself, it becomes this team thing and I become ultra competitive during these leagues.”

“I also like to make up certain goals in my head. Recently, I’ve been trying to unlock at least 1 achievement in every state in the USA,” he continues. “I just try to keep it fresh.”

Holding a high gamerscore can also attract some haters. “I get a lot of hate messages for sure,” says Stallion83. “I got this the other day: ‘You will die alone’. Most people think I am some fat dude, but that is not the case at all. I guess I sort of break the stereotypical mold. People can and will think whatever they want.”

Let the insults roll off your back, and definitely don’t retaliate on over Xbox Live. Getting into a flame war via voice chat or console messaging could lead to a gamertag ban (either permanent or for a week or two) if you violate LIVE terms of service and are reported.  On the flipside, report those gamers that get a bit too personal with you if you are being harassed (but make sure they’ve violated something first!).

What tips to you have for those looking to boost their gamerscore?

This article was originally published on 21 September 2009. It has since been revised to incorporate Xbox One.