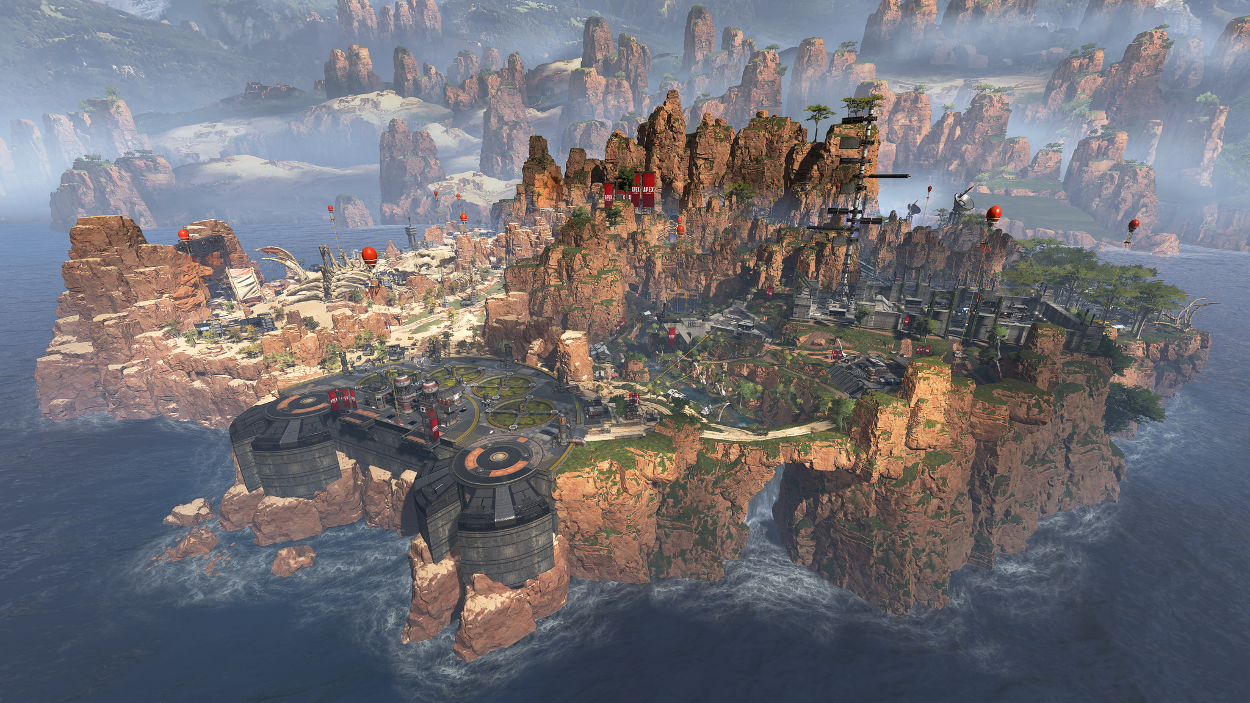 Apex Legends dropped out of nowhere on us this week, bringing with it some seriously cool additions to the battle royale formula we’re all used to. Here we take a dive in to what Respawn Entertainment has done to differentiate itself from the pack, and why it’s not just a breath of fresh air to the genre but to the games industry as a whole.

Rather than a nameless clone from PUBG or a fancy skin from Fortnite, characters in Apex Legends (the titular legends themselves) are much closer to what you’d expect to find in Overwatch. Each Legend has a passive ability, an active ability and, of course, an ultimate that they can use to turn the tide of any battle. Characters are loosely divided into roles; Wraith and Bangalore are damage dealers, Gibraltar is a big burly tank, and each of them shines in different times throughout a match.

Apex Legends has launched with 10 of these characters, 8 of which are unlocked by default with the remaining 2 requiring the use of in-game currency. With such a small roster it’s natural that players favourites will overlap, and with a limit of one of each character per team Respawn needed to implement a system to ensure all players get a chance to choose their favourite. This is where the character select system comes in, allocating each of the three players on a squad a pick position and letting them choose in that order. You can signal ahead of time which character you’d prefer by selecting them before queuing, handy if you prefer a popular character like Wraith or Bloodhound. This is a much better alternative to the free for all pick system implemented by other titles, and makes it far easier to work together from the get go.

The focus on drawing you into teamplay continues in the drop ship, where one player is elected jumpmaster and can control the drop for all three players. Any player can suggest a spot and can choose to zoom off on their own if they don’t trust the jumpmaster’s judgement. Individually these seem like some relatively simple changes to the formula, but taken together they’re an ingenious way of bonding a pick up group together quickly while adding a little extra spice to the battle royale equation.

If it wasn’t obvious already, Respawn has made simple and accessible team work a huge focus in Apex Legends. From the character select screen to the drop system, players are working together right out of the gate and to keep the good times rolling in-game Respawn has introduced a frankly astoundingly good communication system based around the humble “ping”.

At its simplest, pinging (mapped to the middle mouse button by default on PC or the right bumper on consoles) is a great way to indicate to your team where to head next. Ping out in front of you or ping on the map and your character will announce to your squad where you want to head, and they’ll get an indicator on their HUD. If a squad mate suggests a spot, you can second it by dropping a ping on their indicator. See an enemy diving into a building? Ping twice and it’ll change to “enemy spotted” instead. False alarm? Ping the same spot again and you can remove that ping, with your Legend apologising for the mistake.

Pings are context sensitive too, and your character will announce the difference between an open supply bin and an untouched one. Diving into the games settings menu you can even find more in depth pings too, such as “I’m defending here” and “An enemy has been here”. You can even elect to have text chat translated to audio chat and vice versa in the in-game menu, perfect for the hard of hearing or chat averse. Communication is key in the BR genre and is often the difference between a chicken dinner and getting spanked, so it’s great to see such a focus on accessibility for all.

Finally, while Apex Legends does have loot boxes (called Apex Packs), Respawn has been very upfront about just how they work. For starters the odds of all the item rarities are available in the FAQ, and you can also see just what rarities exist for each skin, finisher and other cosmetic items. While this is a legal requirement in some countries, being honest with the information from the jump is a great sign for the development of the game overall.

On top of this the Apex Packs also have bad luck protection to guarantee a Legendary every 30 or so you open. This means that every player will be guaranteed at least one Legendary tier item in the 45 free packs you get from leveling, and somewhere in your first 500 Apex Packs you’ll be guaranteed an Heirloom Set (super fancy cosmetic set) too.

Apex Legends is a free-to-play battle royale set in the world of Titanfall and is available now on Windows PC, Xbox One and PS4.