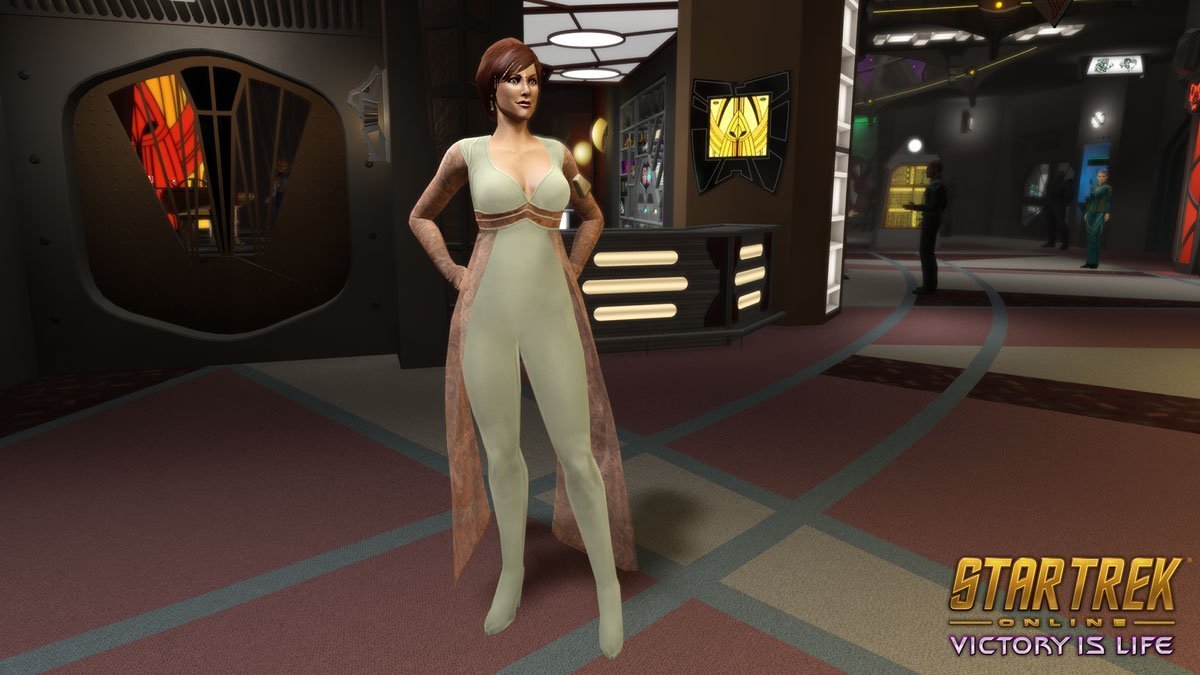 Star Trek Online Victory is Life is now available on Xbox One and PS4 and to celebrate, Perfect World has given Stevivor’s readers the chance to win a code for a special Tactical Leeta Bridge Officer!

The photonic Leeta Bridge Officer can be dressed in the character’s traditional Dabo girl garb seen on Star Trek: Deep Space Nine (shown above) or as the Mirror Admiral Leeta seen in-game.

The character can be commissioned by Starfleet and Klingon captains and by Romulan captains who’ve chosen an ally faction after reaching Level 10.

We want these special codes — fifty (50) all up, between both platforms — to go to Star Trek fans. To enter for a chance to win, just tell us in twenty-five (25) words or less: Which Star Trek franchise is your favourite and why?

We’ve two separate contests, split by console, below. Due to the nature of the codes, the Xbox One codes are region-free while the PS4 codes will work with US-based PlayStation Network accounts.

This contest is now closed.

This contest is now closed.

Get in your entries (we’ll accept one per platform) before 11.59 pm AEST on 12 August; we’ll pick fifty (50) total winners (25 on Xbox One, 25 on PS4) on 13 August. Winners will be contacted by email to deliver the code alongside redemption instructions, and by entering understand that PS4 codes will only work with US-based PlayStation Network accounts. Full terms and conditions can be found here.

Star Trek Online Victory is Life is available now on Windows PC, Mac, Xbox One and PS4. It’s Deep Space Nine-centric, with most of the television show’s cast returning to voice their iconic characters.