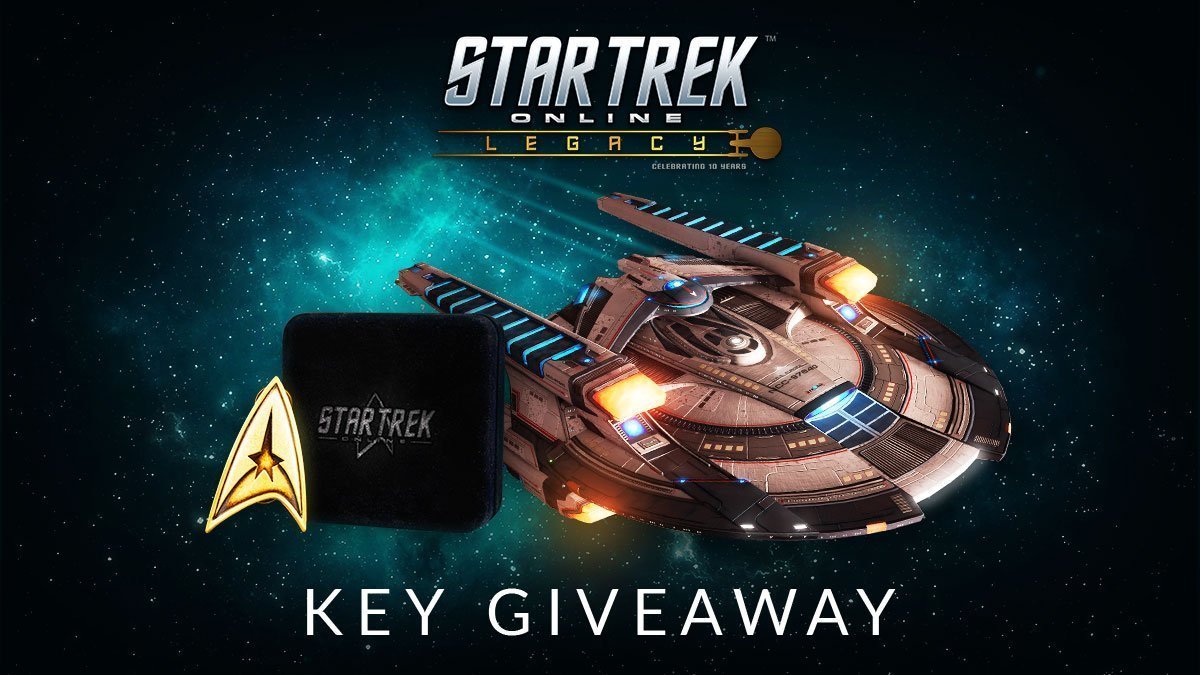 53 major prizes and 500 Starter Packs for those wishing to explore strange new worlds...

Update: Our panel of judges has selected the following Grand Prize winners!

We’ll email you your digital prize and confirm your best mailing address for the badges.

We’re also in the process of emailing the 50 Secondary Prize winners, so don’t forget to check your email for that too!

Finally, there are still a small number of Discovery Starter Packs for those who haven’t grabbed one yet.

Original story: Star Trek Online is celebrating 10 years with a huge giveaway for Stevivor readers, thanks to both Perfect World and Cryptic.

To enter to win a Grand or Secondary prize, as detailed below, simply tell us in twenty-five (25) words or less: “What is your favourite memory from the last 10 years of Star Trek Online, and why?”

This contest will close at 11.59 pm AEDT on Tuesday, 18 February. Entry is open worldwide; we will select three (3) Grand Prize and fifty (50) Secondary Prize winners from entrants and advise of their win by supplied email.

Those physical badges are combined with an in-game codes for the Federation Fleet Admiral Faction Pack on Windows PC, which include:

We have 50 additional Federation T6 Europa-class Heavy Battlecruiser codes on Windows PC to give away.

The Europa-class Heavy Battlecruiser is well-suited to the frontiers of the Federation, whether the mission is one of exploration or defense efforts. It is named after the U.S.S. Europa – a Nimitz-class vessel lost at the infamous ‘Battle at the Binary Stars’ under the command of Admiral Brett Anderson in 2256,” Perfect World said, describing the starship.

“This modern 25th-century counterpart to that ill-fated flagship of yesteryear has been fully outfitted with the latest in team support capabilities, and a substantial array of versatile armaments.”

[This contest has closed]

If you don’t have any memories of Star Trek Online, now’s your chance to make some — we’ve got 500 Federation Elite Starter Packs to give away on Windows PC!

The codes include the following:

To grab a code on a first-come, first-served basis, register below:

Good luck to all those that enter!

How to claim your codes

For more information on how to claim your codes, head here.