I’m one of those people who’ve grown up with Sonic the Hedgehog in all his forms, from the video games, to the animated cartoons and even going as far as hugging him at the now (to my devastation) closed Sega World in Sydney. With the release of Sonic Generations, I got the chance to relive that feeling that everyone remembers from childhood: the undeniably innocent feeling of pure unadulterated excitement.

In recent releases Sonic hasn’t exactly had a stunning catalogue of games to look back upon, at least from a critical perspective. In most cases there’s something new and refreshing that has veterans of the series excited…but come release day, the features receive an underwhelming reception. Sonic Generations thankfully breaks away from this cycle. 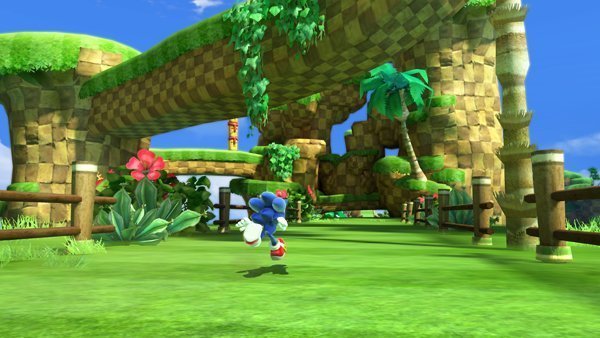 The plot for Sonic’s latest outing resolves around a mysterious entity who manipulates time – a been there done that plot device, but it’s a perfect excuse to bring together the old with the new. Because of the obvious time paradox that occurs, Sonic and Tails in both past and present forms are able to interact with other in the same location (by which I mean a large white room) that serves as your central hub for accessing levels. What I enjoyed the most about the game’s plot is that it deliberately makes fun of itself and the series history, and doesn’t tie you down with an overtly complex story.

The core experience of the game is spread into four boss battles, three rival encounters and nine levels that are broken up into two acts, representing a Classic and Modern Sonic interpretation of each level. The general flow of the game tasks players with clearing the main acts. Upon completing these, a variety of challenges are unlocked, of which you only have to complete one per zone in order to proceed to the boss. Rinse and repeat. Yes I know it’s simple, but really that’s what’s best about Sonic’s latest adventure. It doesn’t need anything complicated, it’s about getting straight into the action.

Now I did say there are only nine levels, making Sonic Generations a relatively short game. If you play from start to finish, focusing on the end goal, you will probably get this finished in about 6-8 hours. For completionists there are a good extra couple of hours in there by doing challenges and hard modes for boss encounters. SEGA and Team Sonic would benefit from releasing downloadable content to expand on the current level roster; if Sonic Unleashed is anything to go by, this is very possible. 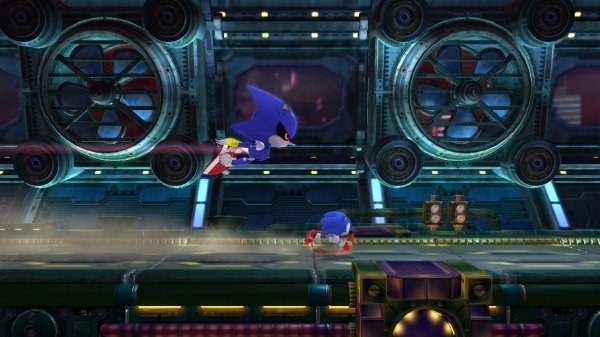 Watching Sonic — in both his forms — speed through each stage is awe-inspiringly beautiful. If there’s one thing Team Sonic does well, it’s making Sonic and the worlds he interacts with look vibrant and colourful. Running through re-visualised versions of classic levels is undeniably nostalgic, but also a great way to bring new life to old classics. There is the issue of an inconsistent framerate causing periodic slowdown; in a game that’s all about speed, it can be quite frustrating. Thankfully, these encounters are few and far between.

The soundtrack in Generations pays homage to earlier Sonic releases by including both original tracks and modern interpretations (or where the case may warrant classic interpretations) of songs throughout the series. It’s used to great effect. Voice acting, though sparing, is greatly improved and you’ll recognize the voices from Sonic Colours.

Sonic Generations is a return to form in many ways. It redeems Sonic’s name and gives fans what they’ve been asking for. Though a little short, there’s no doubt that this is Sonic’s most memorable outing to date. Fans will love it.  Newcomers will too. We can only hope that Sega plans to release some more content for this title. I’ll no doubt invest in the extra content, and I’d wager you will too. 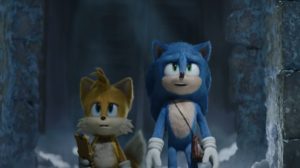 Sonic The Hedgehog 2 Review: Struggling to run in the right direction