The Skylanders franchise is back with Imaginators, offering up a create-your-own hero alongside a new mystical power and a new way for Kaos to prove himself a fool.

In this iteration, you’ll harness the mystical power of imagination. Kaos is again working on a plan to take Skylands for himself, dreaming up some new Doomlanders. To combat the threat, the Portal Master now has new Senseis and the titular Imaginators at his disposal.

All Skylanders are now broken into one of ten fighting disciplines — many of which you’ve seen before. As examples, Trigger Happy is a Quick-Shot class and Tae Kwan Crow is a Ninja class. Making a guest appearance in Imaginators is Crash Bandicoot and Dr Neo Cortex, both available in a separate pack for use on all formats — even the newly introduced Nintendo Switch. 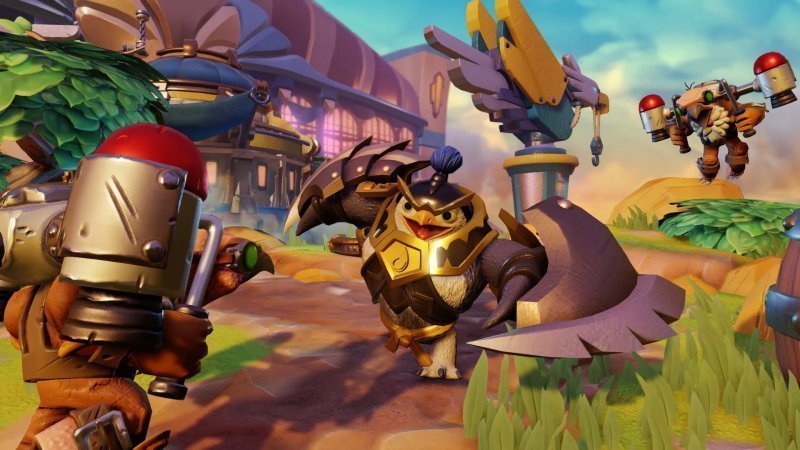 The ten classes are the base for the new Imaginators. Starter Crystals look like an old-school hourglass; when you place one on your portal, its element is decided by the actual item. You then pick a class – and be warned, you only get to do this the once — and continue to create your character. You’re able to amend its physical appearance, armour, accessories and weapons, most of which also changes the stats of your Imaginator.

All the items you use to continue customising your Imaginator are found throughout the game, usually in chests. These you get as rewards for almost all challenges, puzzles and story missions. If you really want more, you can buy physical chests that you can can place on your portal. Digital equivalents are also available in the in-game store.

Skylanders Imaginators is, as we’ve come to expect from the franchise, another quality platformer. All previous versions of Skylanders work in Imaginators, including traps from Trap Team. Granted, you’ll need a portal that for said traps, and your only reward is a small amount of coin. Vehicles from Superchargers unlock the use of vehicles in Race mode and Swap Force, Giants and Skylanders’ prior seasons unlock their counterparts. 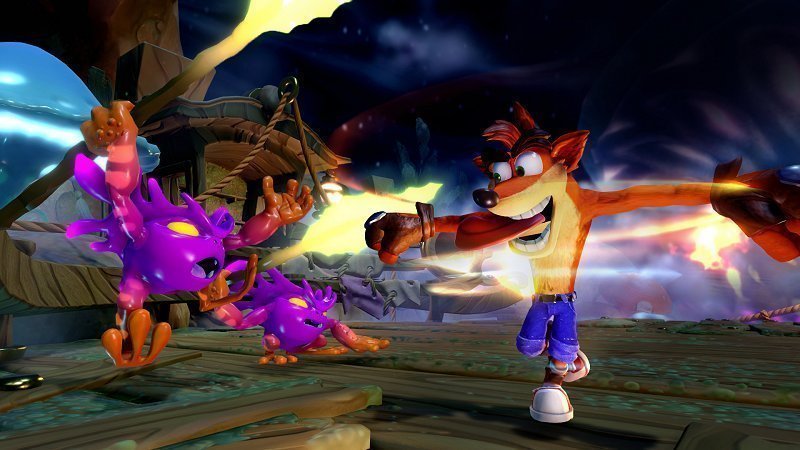 Along with its core, there is the return of Clash Stones, a card-based game in the same style of Xs & Os.There isn’t much to it; additional cards can’t be unlocked to make a customisable deck. It plays out well, making each game more like a puzzle than a head-to-head experience. Bejeweled-style puzzle locks also make a return, with a second puzzle happening at the same time as the first. Hope you’re good at multitasking.

Race mode also has been slightly reworked, feeling more responsive. Some real fun can be had, with up to four players competing online in head-to-head races. It channels a decent Mario Kart vibe.

With Disney Infinity folding and LEGO Dimensions grabbing the attentions of collectors young and old, Skylanders Imaginators needed a strong presence. For the most part it’s done that, providing an adventure that new and old fans will enjoy. On the other hand, there’s a big sense here that Skylanders played it a bit safe. Let’s hope we’ll see some more risks next iteration.

Skylanders Imaginators was reviewed using a promotional code on Xbox One and Nintendo Switch, as provided by the publisher. This review originally appeared on 20 October 2016.