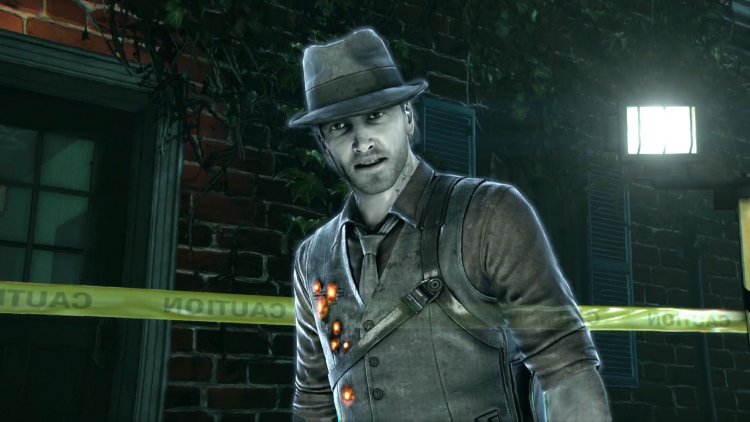 Murdered: Soul Suspect, not so much.

A supernatural horror mystery, Murdered opens with a bit of insight into the life of Ronan O’Connor. It’s a bit ironic, because his life ends shortly thereafter thanks to Salem’s notorious Bell Killer. With heavy parallels to The Darkness, you’re filled in on O’Connor’s chequered past, including the fact that the love of his life, Julia, is dead.

Now, in our Soul Suspect preview, I was worried that the game’s story would make or break the title. Case in point: for someone who’s so desperate to be with his wife in the afterlife, you’d think Ronan would happily stop tracking down the Bell Killer to be at peace. Thankfully, the game’s narrative, while leaving you hungry for more at all times, really helps drive the point home that Ronan is far more dedicated to his life as a detective than past press had us believe. 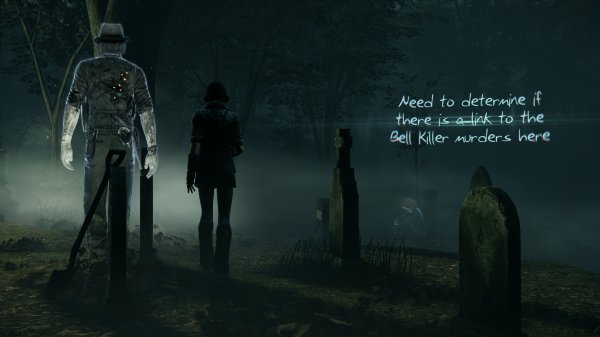 The game is broken up into three different types of gameplay: point-and-click mystery sequences where Ronan inspects a crime scene to gather evidence and form conclusions; stealth-combat where you can completely avoid soul-sucking demons or sneak up and execute them; finally, there’s a bit of open world exploration where you track down creepy collectibles in the town of Salem, sometimes stopping to help other ghosts along the way.

Again, heading back to our preview, I was concerned that Ronan needed to stop worrying about others and sort his own loose ends out to get back with his wife, but first and foremost, Ronan’s a cop. He says that’s the case because he’s trying to make amends for his past life as a criminal, but I don’t buy that; he genuinely wants to help others. His wife is a massive part of that, helping him change into someone who thinks beyond himself. Ronan’s need to help others, as well as get back to his wife, really plays into the overall story. Without ruining the game’s plot – cause that’s why Murdered excels — there’s some really clever plotting and pairing done by Airtight Games throughout.

The whole time, the game makes it a point — twice, in fact — to show you that you can’t use a gun. This is a game that stands up from the word go and says, “nope, no shooting here”.

You might roll your eyes at the mention of collectibles, but they all flesh out Salem and its residents, or provide access to spooky ghost stories involving many of the game’s locations. After you hear your first story, you’ll be committed to tracking down and hearing the rest, as they’re quite inventive and scary. 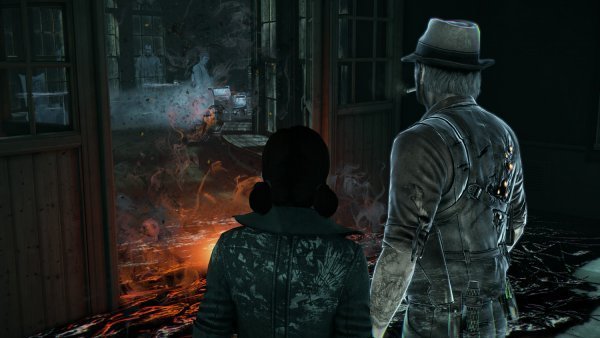 As part of the game’s exploration, you can possess those in the living world to gather clues, gain insight into their thoughts on the situation around you and bypass otherworldly obstacles. Even better, Ronan can possess cats to access hard-to-reach areas up high or in vents. Add to that a teleportation ability that’s gained halfway through the game, and Murdered is a joy to traverse and explore. Because the game is set in Salem, famous for its witch trials back in 1692, expect a ton of supernatural, terrifying stuff. From the premise of investigating your own murder in Salem alone, this game could easily be made into an American Horror Style-esque television show.

AHS-style gothic horror is all throughout Murdered, from creepy remnants of the witch trials to the revelations of several grizzly deaths of fellow ghosts, right down to the excellent sound design that’s not only in the world, but heralding sequences where you’ll have to deal with demons. It’s all top-notch.

The game has some rough edges – I encountered some pretty terrifying frame rate drops whilst playing, and some bits and pieces of Murdered are very gamey. Ronan died and immediately was aware of what happened, setting off to track down his killer immediately. Compare that to every other ghost: some have been dead for hundreds of years, but don’t even realise it. All of them are standing beside clues that explain their own demise, yet it takes Ronan to figure it out. Still, those types of things are a necessary evil, and easily forgiven. 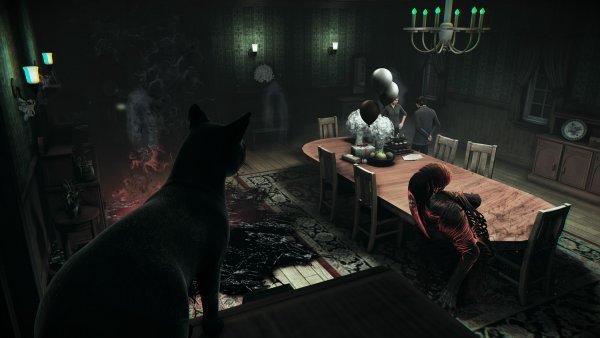 The story, whilst pretty damn good – and much better than I was expecting, to be honest – is still a bit crazy and kitsch at times, but it hits all the right beats, managing to mix brevity, horror and humour throughout. Like I said, you’ll want to burn through Murdered to find out how everything resolves. It’s not the longest game either, weighing in at around 6-8 hours, but it’s paced perfectly. For those who’re achievement hunters, you’ll be warned at the point of no return, collectible-wise. You’ve been warned.

Overall, Murdered: Soul Suspect is a bit of fresh air in a gaming world where sequels are prevailing. It’s not balls-to-the-wall action, but it certainly is perfectly paced, well written and a joy to experience. You won’t be upset if you give it a try.