The strength of the Mass Effect franchise has always relied on the utterly amazing and enthralling story of Commander Shepard and his fight against the Reapers. Aside from each of the three games being absolutely amazing in their own right, BioWare have done well to further compliment them with a plethora of downloadable content in the months after their release. Late last month, the most recent single-player expansion for Mass Effect 3 titled “Omega” was made available… but how does it compare to the DLC packs that have come before it?

As the name suggests, the latest DLC expansion takes place on the station of Omega, and sees you teaming up with Aria T’Loak as you fight to reclaim control over her station from a Cerberus General named Oleg Petrovsky. Along the way you’ll meet with an old acquaintance of Aria’s, as well as recruit the assistance of a previously unheard-of gang on Omega, the Talons. As you play, you’ll quickly learn that Cerberus are more prepared for the battle than originally planned. Throughout the mission, you’ll explore new areas of Omega, from secret passageways to the mines at the top of the station, to familiar locations like Afterlife.

Unlike the “Leviathan” DLC three months ago, “Omega” does little in the way of really progressing the story of Mass Effect 3. While you’ll bond and learn a little about Aria and her past, it’s not until the very end of the expansion that you really care much about what’s going on (mainly due to the fact that she’s so god-damn stubborn). Furthermore, unlike previous DLC packs for both Mass Effect 2 and Mass Effect 3, the “Omega” mission does very little in the way of variety either, and can be summed up simply as a 2-3 hour mission of just moving from area to area, killing groups of Cerberus officers (with the occasional Atlas thrown in). While previous DLC has introduced new vehicles and different styles of gameplay, “Omega” pretty much is just straight combat – repetitive, yes, but this has always been enjoyable in Mass Effect. I should make note that the fire-fights throughout the mission aren’t too difficult and it was really only until the very final showdown that I felt like there was a good possibility of dying. Surprisingly also, despite the tough attitude Aria is given, she came across as fairly useless in battle and there were multiple times when I had to revive her mid-combat. Her “Flare” ability is incredibly powerful though, and made dealing with Cerberus that much easier. 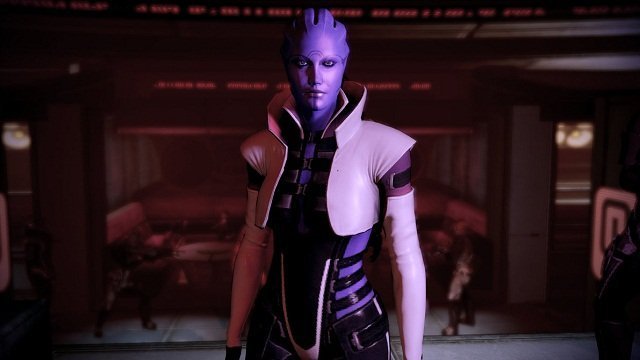 Unfortunately, knowing the ending of Mass Effect 3 and that BioWare won’t continue the story of Shepard any further, “Omega” makes little difference in the scale of things. Mass Effect 3‘s ending remains the same regardless of this DLC, and we can assume that any decisions made in this DLC won’t flow on to the next Mass Effect game either. The fact that it doesn’t introduce anything new to Mass Effect, coupled with low replayability, means that “Omega” fails to be anything special. This would all be fine though if the asking price for the DLC wasn’t 1200 Microsoft Points and instead was more reasonably priced like some of the original ME2 DLC for 560 Points. While I had fun with it — much like I said with the “Leviathan” DLC, as enjoyable as it can be — I just find “Omega” a little difficult to recommend to anyone but a Mass Effect fan because of its price.