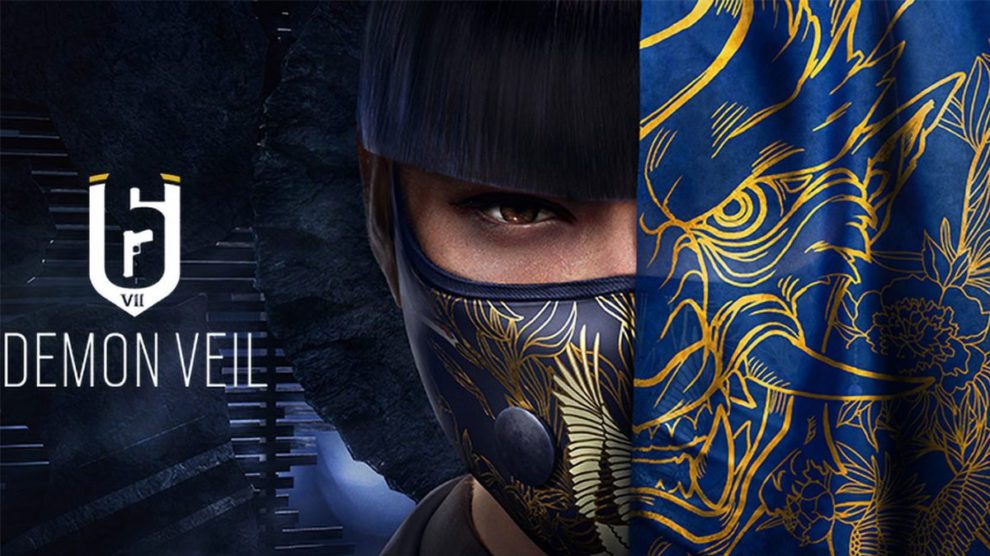 Kunai-ce to meet you, Azami.

There are three constants in life: death, taxes and new seasons of Rainbow Six Siege – the seemingly unkillable tactical shooter that is marching into its seventh year of life. Kicking off with Operation Demon Veil, Year 7 looks set to have plenty to offer to both new and returning players, from new operators to new maps and game modes. Stevivor was lucky enough to have a preview of the goodness to come and get hands-on experience with some of the new content arriving in Season 1.

First cab off the rank this time around is Azami, the new super stylish Defender hailing from Japan. Defenders usually fall into one of two categories in Siege, either an Anchor who stays on the site or a Roamer who takes the fight to the Attackers. Azami is the former – an Anchor that specializes in patching up breached walls with her Kiba Barriers.

The Kiba Barriers come in the form of a throwable kunai that, when it impacts a surface, will deploy a large circular foam barrier that stops bullets and blocks vision. Each kunai can be thrown about 25m – more than enough to block off a breach on the other side of most bomb sites. Despite being a knife, the kunai does little damage when used offensively, so we’d recommend against trying to snipe Attackers with it. Azami also makes use of either the 9×19 VSN submachine gun of Kapkan’s and the ACS12 used by the GIS operators, as well as packing a Desert Eagle for her sidearm.

The next big change coming in Demon Veil is the introduction of a Team Deathmatch mode. This concept first debuted in Siege during the Sugar Fright event during Operation Shadow Legacy, though that was a kill confirmed game mode rather than straight deathmatch. This time around we’re in for pure TDM, with plenty of tweaks to make it work with Siege’s tactical gameplay.

Both Attackers and Defenders will be available regardless of which team you’re placed on, and the map is limited to indoor spaces only. Gone are Operators special abilities, TDM mode is all about gun skill. Each operator gets their regular kit with their regular gadgets subbed out for grenades and impacts instead. Teams will fight to either reach 75 kills or have the highest number when the 5 minute clock ticks down. Ubisoft are putting this mode forward as a smooth warm up for the more competitive modes to remove the reliance on T-hunts, though only Theme Park, Villa and Favela will be in the map rotation at launch. 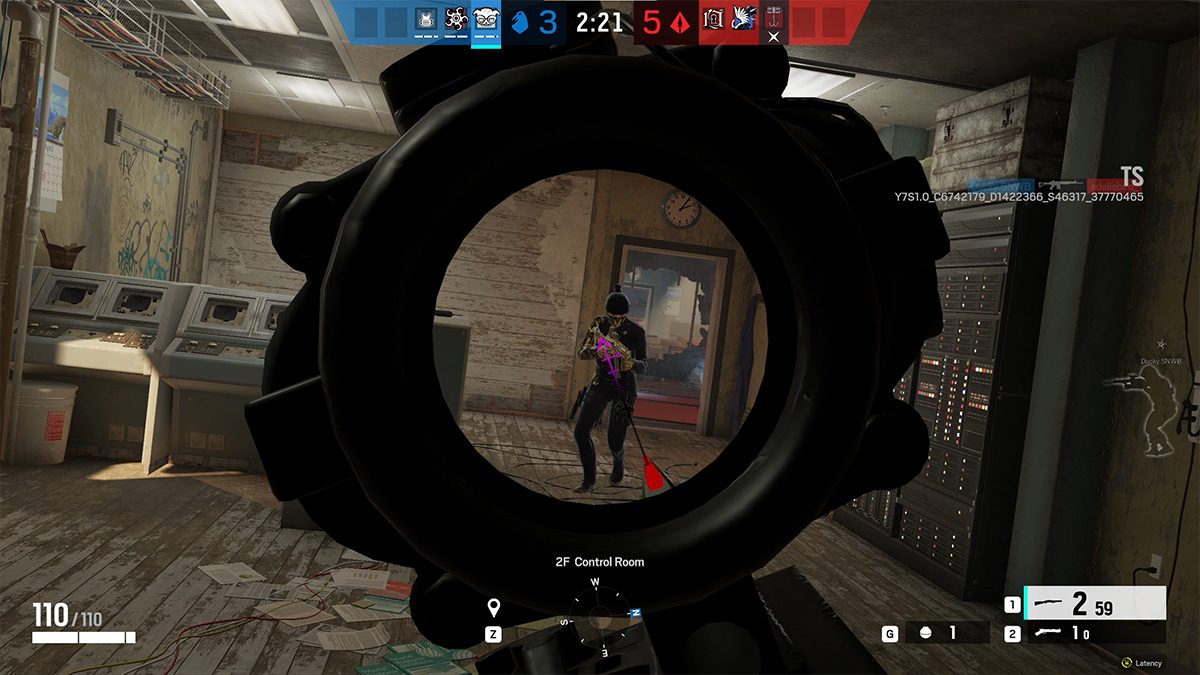 We also got a look at some of the other changes coming this season too, including a whole new map set in Irish countryside. This castle come country club wasn’t complete enough for us to run around on just yet, but we were shown some in progress renders and it looks like it’s coming along nicely. Attacker repick will be debuting this season, and will allow attackers to swap out one of their operators during the droning phase to better adapt to the Defenders choice of site and operator. Finally there’s also the long awaited change to Goyo, making his canisters independent of deployable shields, and a brand spanking new (and very overdue) elite skin for Nomad.

Of course, it’s not just a new season that’s coming, but a whole new year of Siege content on the horizon – and we were given a glimpse of what’s on the way. There are four new operators on the way this year hailing from Japan (Azami), Belgium, Singapore and Colombia. We’re getting two new maps too – a TDM focussed map set in Belgium in Season 2, and a regular map in Singapore for Season 3.

We’re also seeing the return of the Year Pass to Siege – replacing the pure Battle Pass system that replaced the original Year Pass system at the start of Year 6. You’ll now be able to drop the cash up front to get yourself Year 7s operators and secure yourself some exclusive cosmetics while you’re at it. 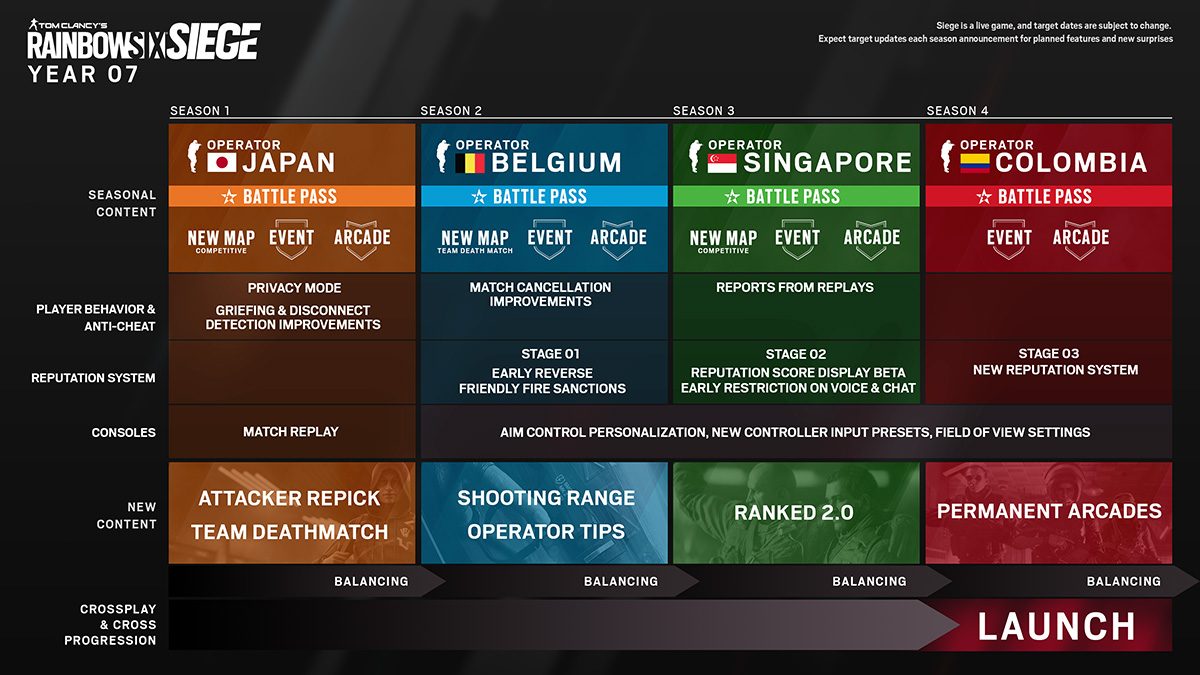 Among the other notable changes is a refocusing of the player Onboarding experience for new and returning players, the introduction of a Reputation Score so other players can swiftly mute your toxic ass in game and a rework to the Friendly Fire system. Previously serial friendly fire perpetrators would be prevented from dealing damage to teammates, but only for the game they’re currently in. As soon as the next game loads they’re free to grief and troll to their hearts content. Now though, the FF ban will last for a set amount of time – not just the rest of the game. Finally Ubisoft also teased a rework to the ranked playlist and some reworks to Zero, Bandit, Dokkaebi and Thatcher, but we’ll know more about that later in the year.

Overall, Year 7 looks to be a good course correction from Ubisoft that’s set to bring in some much needed changes to the game. Azami is one of the best new operators in recent memory, and her Kiba Barriers are a genuinely game changing device in the right hands. The introduction of a more casual playlist in the TDM mode is a great start for players looking to warm up, and Ubi even teased the introduction of a firing range to practice your aim in that’s in the works too. They’ve also taken onboard player feedback and reinstated the ever popular yearly pass too which is great to see. All the parts are in place for a big 2022 for Rainbow Six Siege, here’s hoping they can pull it off.