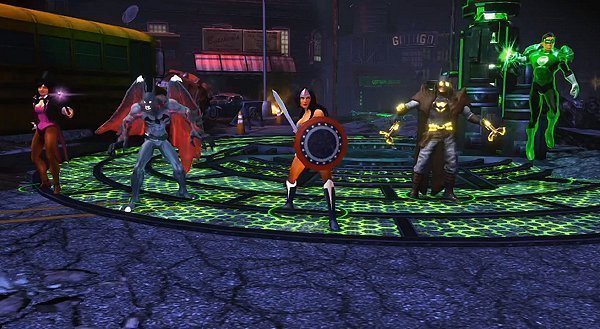 Make no mistake, I am not good at MOBAs.

I first jumped into the genre with Monolith’s Guardians of Middle-earth. A console-based multiplayer online battle arena (hence, MOBA), I was constantly being destroyed by opponents as I ran into battles without a lick of common sense. Teammates yelled abuse down the internet at me as I proved myself to be the ultimate liability.

In time, I grew to learn how to play a MOBA properly. I began to understand the attacks at my disposal; when to use them, how long I needed to wait for cool-downs and how best to chain them together. Strategies quickly came thereafter. It wasn’t enough to try to kill enemy players, but to cooperate with my own squad to also occupy control towers as well. The genre I once found simplistic turned out to have layer after layer of intricacy. 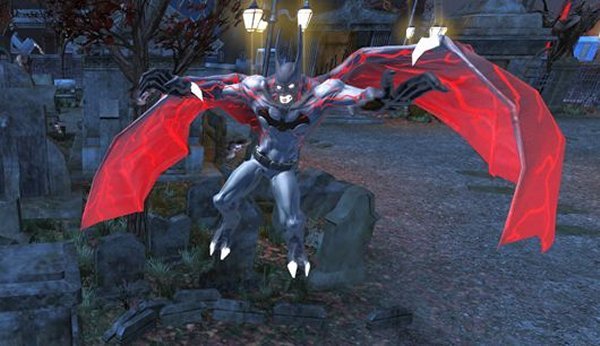 Thanks to that prior knowledge,  I had a blast at E3 with Turbine’s new DC-centric MOBA Infinite Crisis, a game that plants you neck-deep in a DC Multiverse that is collapsing upon itself, throwing heroes from other universes into one plane of existence. In short, it’s just a really convenient way for vanilla Batman to be able to fight against the alternate universe Gaslight Batman, or Vampire Batman.

Based on the DC comics run of the same name, Infinite Crisis plants you neck-deep in a DC Multiverse that is collapsing upon itself, throwing heroes from other universes into vanilla Earth. Turbine confirmed in my hands-on time that they’ll be using characters from at least six popular DC Universes in the game, though only three have been confirmed. The Gaslight Universe comes from the Gotham By Gaslight graphic novels, the Vampiric Universe from Batman: Crimson Rain, and the normal DC Universe stars as… well, itself.

The Turbine representative that I spoke with stressed that the regular, Nightmare and Gaslight Batmen are not skins of the same Batman character, but three unique ones, each with their own moves and skillsets. This proved true as each of the Batmen played completely different to one another. Thankfully, that was the same for each character that I got my hands-on. Green Lantern willed a green plane into existence before throwing it at an enemy, while the Flash ran circles around opponents, throwing a barrage of fists in their direction. 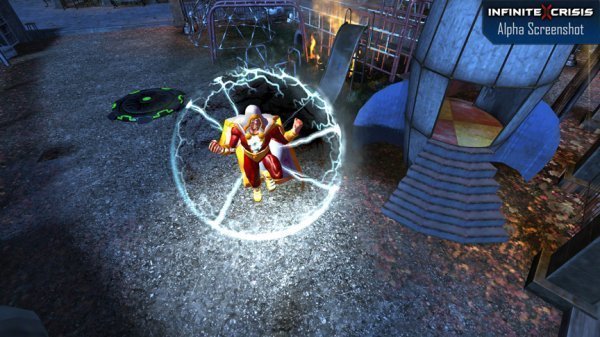 As you progress through a map — we played Gotham Heights, the same one shown weeks earlier at GDC — you gain extra character levels. Upon reaching level six, Shazam (formerly known as Captain Marvel) will saddle up to an enemy in his Billy Batson form, scream “Shazam!” and pummel baddies with the same lightning that gives him his superpowers. Doomsday, a tank character, doesn’t need to level up to be able to pick up cars scattered amongst the map and throw them at enemies, but other characters can level up to be able to “steal” abilities of others. That means that theoretically, Batman can throw a car at his opponents just as easily as Superman can. Don’t question why or how… it’s just cool.

As expected from the MOBA genre, support minions spawn and run in set paths toward towers which you’ll need to control to turn the tide of battle. To mix things up a bit, Turbine has added invisibility pads throughout the game’s maps, adding a new level of strategy — if you’re getting your butt handed to you, an invisibility pad takes you out of combat so you can avoid attacks. Additionally, Infinite Crisis has what Turbine call “catastrophic events.” In Gotham Heights, a large meteor will crash into the middle of the map, damaging nearby players and essentially changing the face of the map — and presumably the match — itself.

Infinite Crisis might have a bit of a learning curve for those new to the genre — just remember to take my experiences with Guardians of Middle-earth to heart — but for returning fans, it’ll be an exciting romp through the DC Multiverse. I mean, who doesn’t want to play as a superhero who gets to beat up other superheroes? And, as a free-to-play title on PC, there’s no excuse not to give the game a try when it becomes available. Infinite Crisis is definitely a game to keep your eyes on.