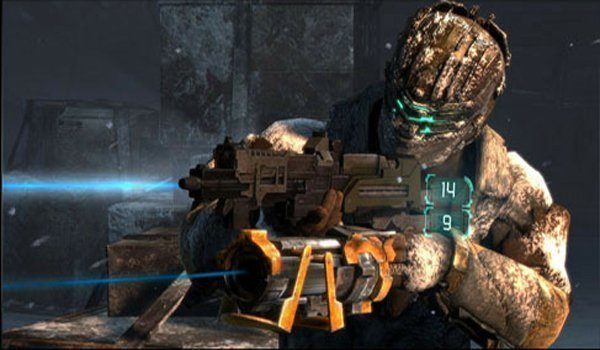 With extreme excitement, I entered the Dead Space 3 preview area and sat down for a hands-off session with the upcoming survival horror title.

The original Dead Space was a real treat. In an age where Resident Evil began its foray into action, Dead Space delivered some real scares. As the silent protagonist Isaac Clarke, you travelled through a dark and terrifying mining ship, unsure of what lurked behind every (and also, numerous) corner. You didn’t understand what was happening with the multi-limbed creatures that were throwing themselves at you, and I’m sure part of you didn’t want to know. It was a survival horror masterpiece.

Years later, EA and Visceral Games released Dead Space 2. It was a bit of a departure from the original, but still very much rooted in its survival horror origins. There was more action, supporting characters — and certainly more dialogue from Isaac — but you still had an overwhelming sense of isolation from the title. In both games, you had to rely upon your wits; ammo conservation was extremely important…as it should be, considering the genre.

Enough back history; let’s talk Dead Space 3. Says the Visceral developers, this sequel is predictably “bigger than anything were ever done in the Dead Space franchise.” More importantly, the developer insisted that Dead Space 3 “will answer all of your questions about what the necromorphs are and what the markers are.” Well, you’d hope so, right?

To make the title bigger, it’s been set on an icy planet in remote space. So far so good; with a blizzard in full force, we watched as Isaac cautiously stumbled ahead in an attempt to find shelter. Suddenly, a necromorph clawed out from the ice beneath Isaac’s feet and tried to rip him to shreds. Half the people in the room jumped visibly. 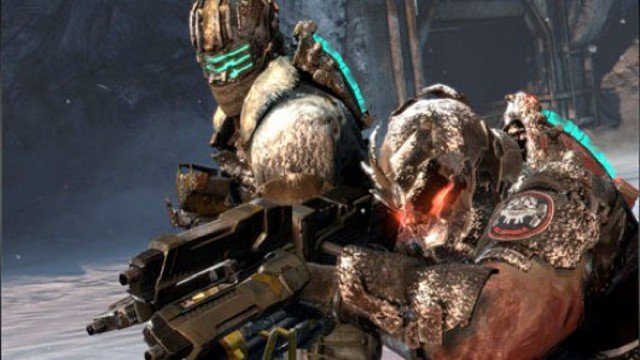 Next, we were introduced to the idea of Dead Space 3‘s co-op mode. Thankfully, the first thing mentioned about the new co-operative mode was that it’s completely optional (and only available online, by the way — say goodbye to couch co-op!). You can ignore the mode altogether, and you won’t be saddled with an AI partner at any point in the game, said Visceral. Dead Space 3 has unique dialog, cutscenes and the like for the campaign and its single-player and co-op experiences. We watched as Isaac attempted to take down a huge monster, with new co-op partner John Carver off in the distance…and then, when Isaac ended up getting his head taken off, we watched as another Visceral dev dropped into the game when the checkpoint reloaded to help out. In the reloaded cutscene, John was in the foreground and part of the action.

In the next setpiece, a horde of nercomorphs attacked Isaac and John as they set about trying to restart a giant drill. The drill went berserk and the Visceral devs were tasked with avoiding the rampaging drill whilst keeping out of reach of the necros. Isaac used his new combo-weapon — top half plasma cutter, bottom half ripper — to dispatch of more and more necromorphs, and I eased a sigh of relief. The franchise was still in good hands.

I relaxed far too soon; the next-to-last new feature shown off in the game destroyed all the goodies that came before it; we watched, some audibly sighing, as a Unitologist soldier walked into view, completely human and brandishing a futuristic automated weapon. The Visceral dev seemed to ignore the dismayed previewers in the audience and exclaimed with glee, “now you get to fight soldiers! And because the game is more action-oriented, you’ll be able to do things Isaac has never done before, like crouch, roll, evade and take cover!”

No one seemed impressed. If Dead Space 3 needed one thing to improve upon the franchise’s formula, it certainly wasn’t to become more and more like a generic third-person shooter. 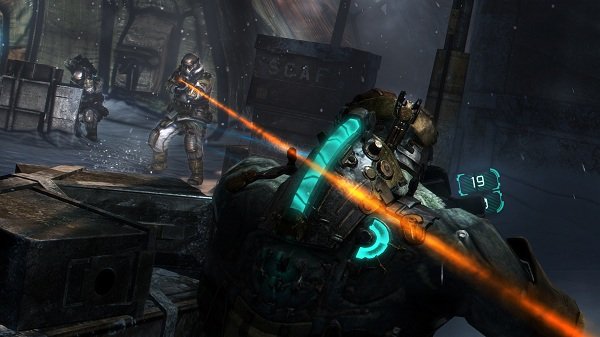 At any rate, the cover system isn’t sticky; you’ll have to run up to an object and hold the left trigger to take cover. So, yep.

Unfortunately, it got worse. We watched as a necromorph baby-head-thing (its official name, I’m sure!) climbed into a nearby Unitologist corpse and reanimated it as a necro drone. The new necro charged Isaac, and in in one hand, its gun began to fire erratically. If you can’t form a mental image of what I’m describing, let me help you. Think Halo‘s flood. Bam! There’s no need for imagination on your part, nor Visceral’s, it seems.

I know I’m being a tad too critical; there’s still enough quality Dead Space goodness to make this sequel a great title, it’s just that I’m not happy at all about its new turn towards action. I mean, the Visceral reps were taking the piss out of the Resident Evil franchise when they said, “and in our game, if you play single-player, you won’t be burdened with a horrible AI-partner like in other certain games.” Then, they make every wrong move imaginable.

We’ll have a chance to see if Visceral can turn these new innovations around when Dead Space 3 is released for Xbox 360, PS3 and PC in February 2013.