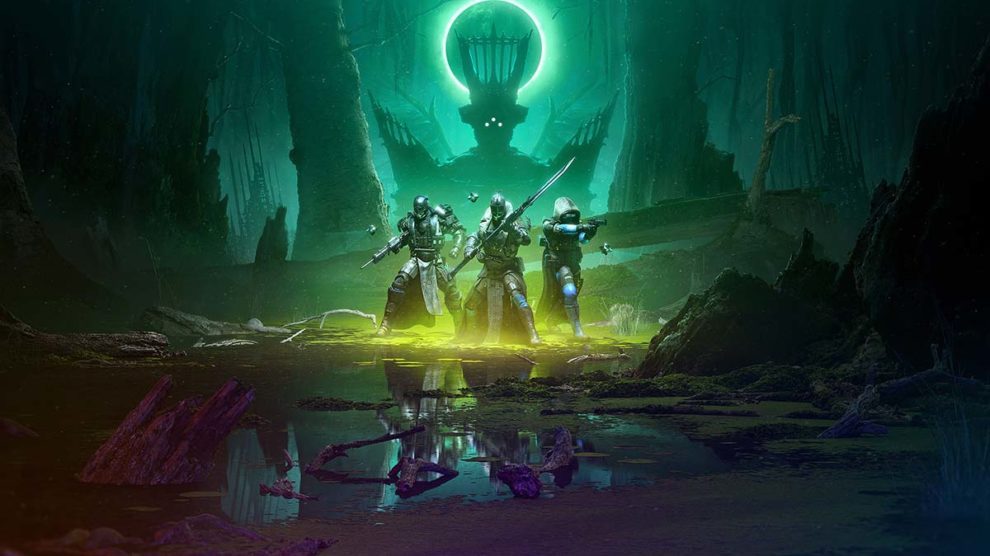 The launch of Destiny 2 The Witch Queen represents what may be the single biggest moment in the series’ lifespan. For years, Destiny players have heard the whispers of Savathûn and her grand machinations.

From strikes and stray bits of dialogue, right up until her appearance as a big, purple crystal, Destiny 2 has weaved a tale of the Hive God of Trickery. Now as Season of the Lost – perhaps more aptly named Season of the Long – is finally drawing to a close, Stevivor was lucky enough to get a preview of what’s coming.

Witch Queen kicks off with Savathûn’s inevitable betrayal. Despite knowing this was coming Guardians are definitely left wrong footed and wholly unprepared for her big twist: the Lucent Brood. These Light-wielding Hive are cruel mockeries of regular Guardians, displaying similar but not quite the same powers.

Lucent Wizards are the equivalent of Warlocks, while Knights and Acolytes are Titans and Hunters respectively. These Light-bearing Hive have a full complement of Guardianesque powers, including their own versions of our Supers to use against us. This revelation thrusts the Vanguard and the Guardian into a kind of “psychic detective” story as they try and piece together how Savathûn stole the Light for herself.

We got a glimpse of the campaign in our session, and it’s clear that Bungie are working to blur that line between Light and Dark. Until now the Good vs Bad debate seemed clear: Light-bearers are the good guys and everyone else either wielded the Dark or shared with it a similar goal. The Witch Queen will muddy those waters though as Guardians wade into Savathûn’s Throne World. 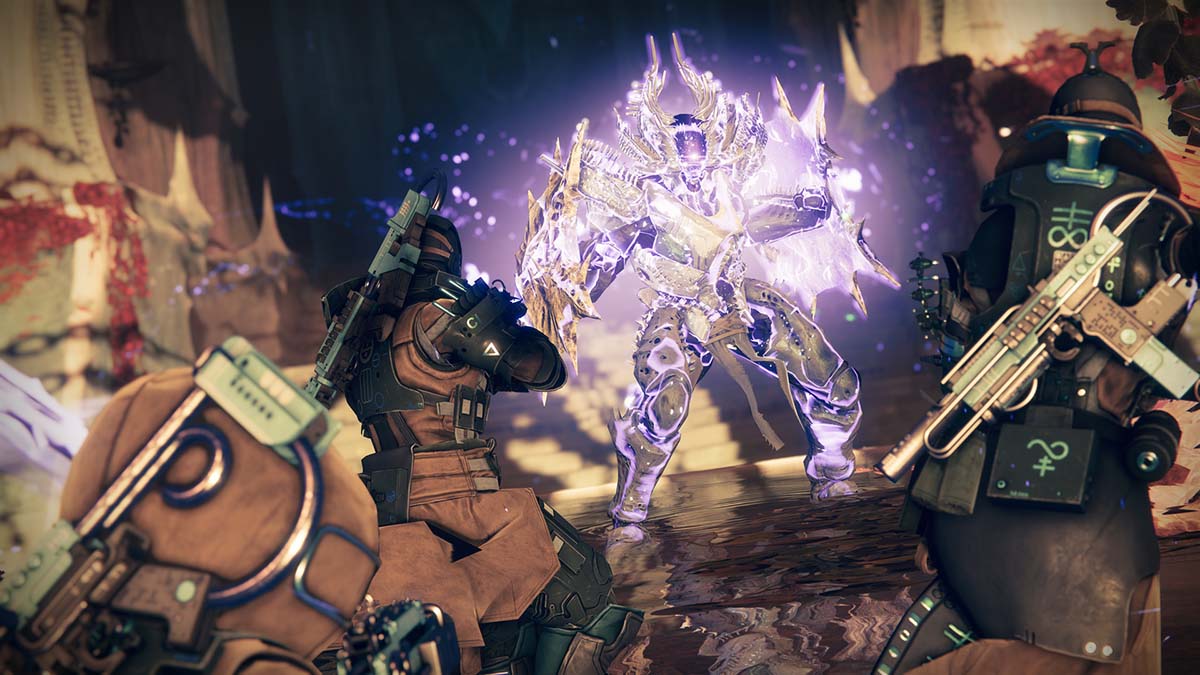 Speaking of wading into muddy water, you can expect to get your boots well and truly soaked when diving into that aforementioned Throne World. Nested, within the Ascendant Realm, a Throne World is essentially a pocket universe for a Hive god. Each one is a reflection of the god that created them, and Savathûn’s is no different.

From the brilliant and refined white spaces she keeps close to herself, out to the dank and muddy swamp areas, the art team at Bungie have absolutely outdone themselves. We were only shown the briefest glimpse of the zones, but they were drop dead gorgeous – bundling together the dank feeling of the EDZ with the stark gothic beauty of the Scarlett Keep.

Also coming in The Witch Queen is the addition of a Legendary difficulty for the campaign, and the ability to choose a specific mission to play. Right from the get-go you can choose between the Normal or Legendary difficulties, and the campaign lets you switch between them at will. Should you choose to take on the Lucent Brood on Legendary, you can also expect more rewards – not just two tokens and a blue. 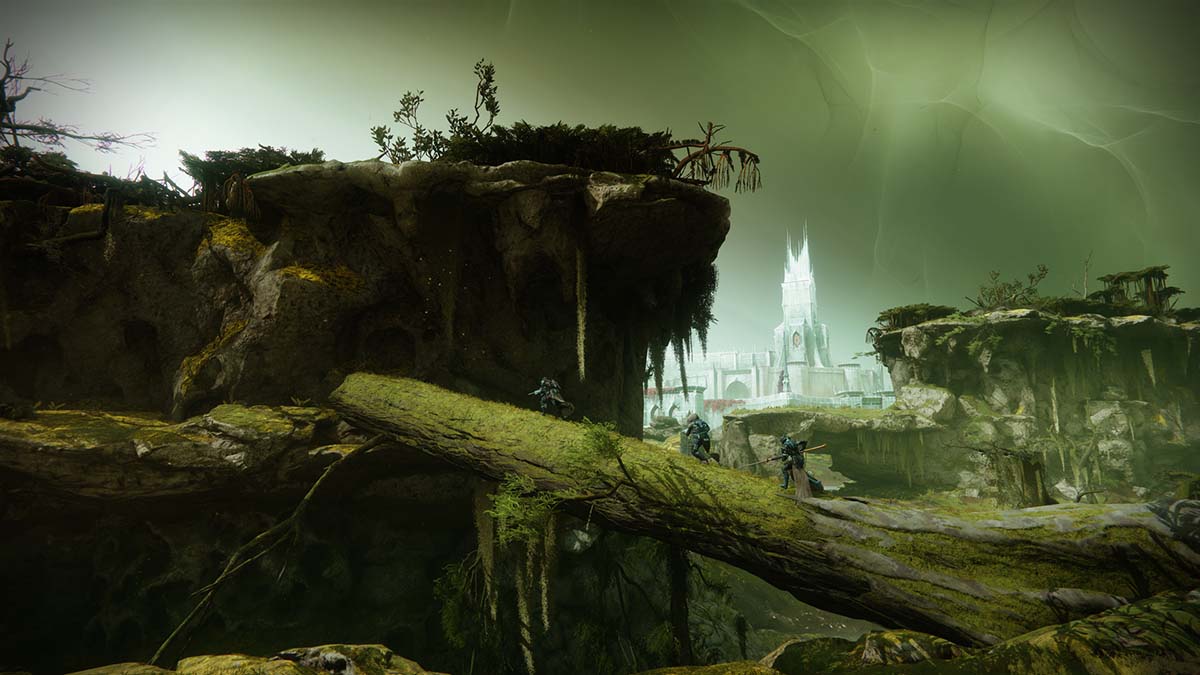 This latest expansion is also packing a serious amount of new loot to earn. The Witch Queen is bringing a total of six new Exotic armor pieces for players to practice their fashion and build craft with, two per class. The best bit though? There are eight new Exotic weapons, and a whopping fifty new Legendary ones for players to get their hands on and craft into their own personal wonder weapon.

Story aside, the addition of weapon crafting is perhaps the biggest ticket item dropping with the expansion later this month. Nestled away in a cave, the Relic will allow players to tune a weapons perk set to just their liking. God rolls will no longer require hours of prayer at the altar of RNGesus and can instead be assembled and tweaked to perfection.

Don’t get me wrong, work will definitely still be required to get that gun just the way you want it – this is an engagement system after all. Once crafted, unlocking perks for a weapon will require levelling it up. This can be done through various ways, and with enough levels will reward players with Enhanced versions of the base perks we’ve all become familiar with. 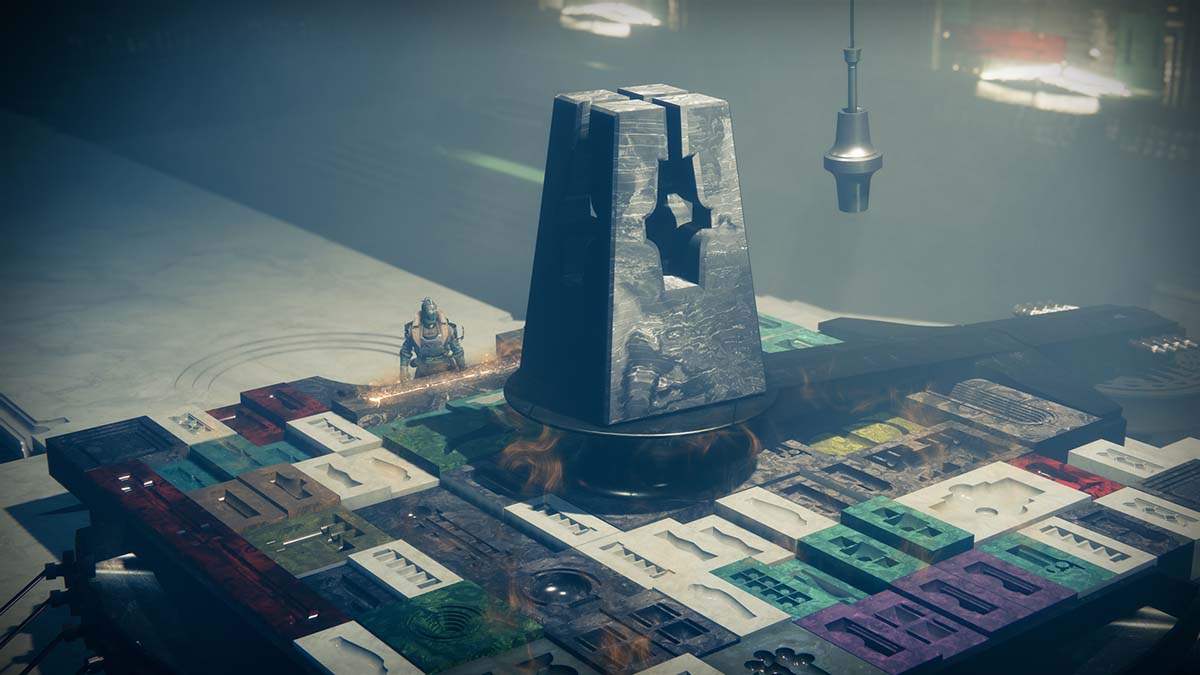 Finally, The Witch Queen is also bringing with it the first of the base subclass element reworks. Void is the first cab off the rank, and it’s getting the same customizable treatment that came with Statis in Beyond Light. Bungie were fairly light on details here, but they did confirm that there’ll be no re-earning of the abilities we’ve all come to know and love.

It’s fair to say that The Witch Queen is Destiny 2 storytelling reaching its peak – a crescendo of moving parts that have been in place since day one. Of course, the lore in Destiny has always been strong, and the narrative has kept pace too of late. The gameplay and engagement elements though have been sorely lacking, though this latest expansion is well placed to turn that around. The future of Destiny 2 looks bright, though only time will tell if Bungie can stick the landing.