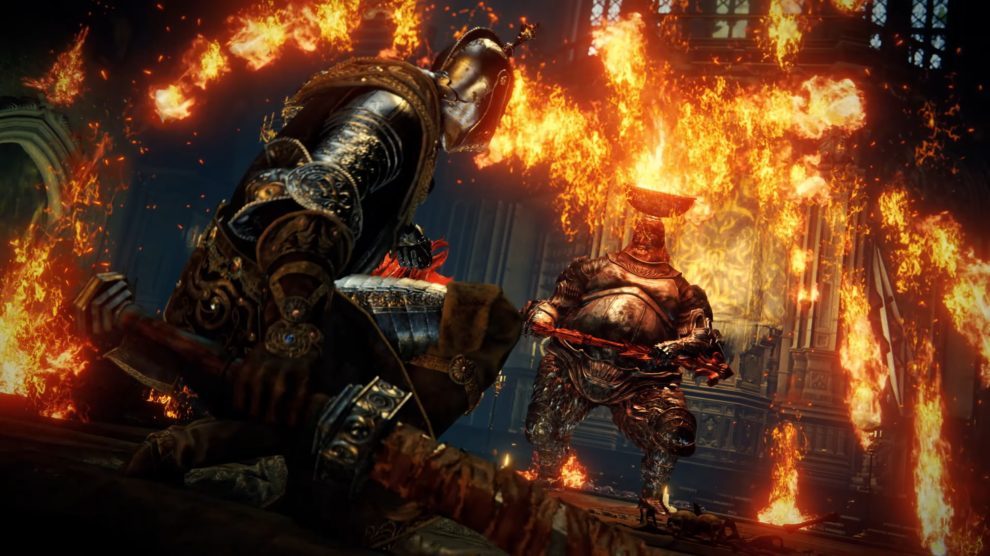 Here's all we found.

The Elden Ring closed network test will give select players five separate three-hour windows in which to play their build.

As part of an advanced preview, Stevivor was lucky enough to have a full weekend’s worth of time exploring the same very large chuck of The Lands Between. To save you some precious time exploring the world we’ve prepared this guide that will help you find most, if not all, of the bosses present in the build.

The term boss is used loosely for this guy. He’s really just a normal grunt enemy but he does have a boss health bar so that makes him a boss right? You’ll find him in the Cave of Knowledge as you progress through the tutorial. To access the cave, as soon as you start the game look for a small hole in the cave floor to your right. The game will guide you straight to him while teaching you the basics of Elden Ring.

When you take those first steps through the doors into the big open world in front of you you’ll find a Site of Grace and an NPC. Progressing past him to the north you’ll find the Tree Sentinel who’s a rather large knight on a rather large horse. You can’t miss him, and he wont miss you so its best not to engage until you’ve unlocked a steed of your own.

This beast is found in the Storm Foot Catacombs. To find the entrance of the cave look for the big cliff wall that runs almost all the way across the open area. There’s two cave entrances in the cliff wall but the one you’re looking for in this instance is to the far west as per the below map. 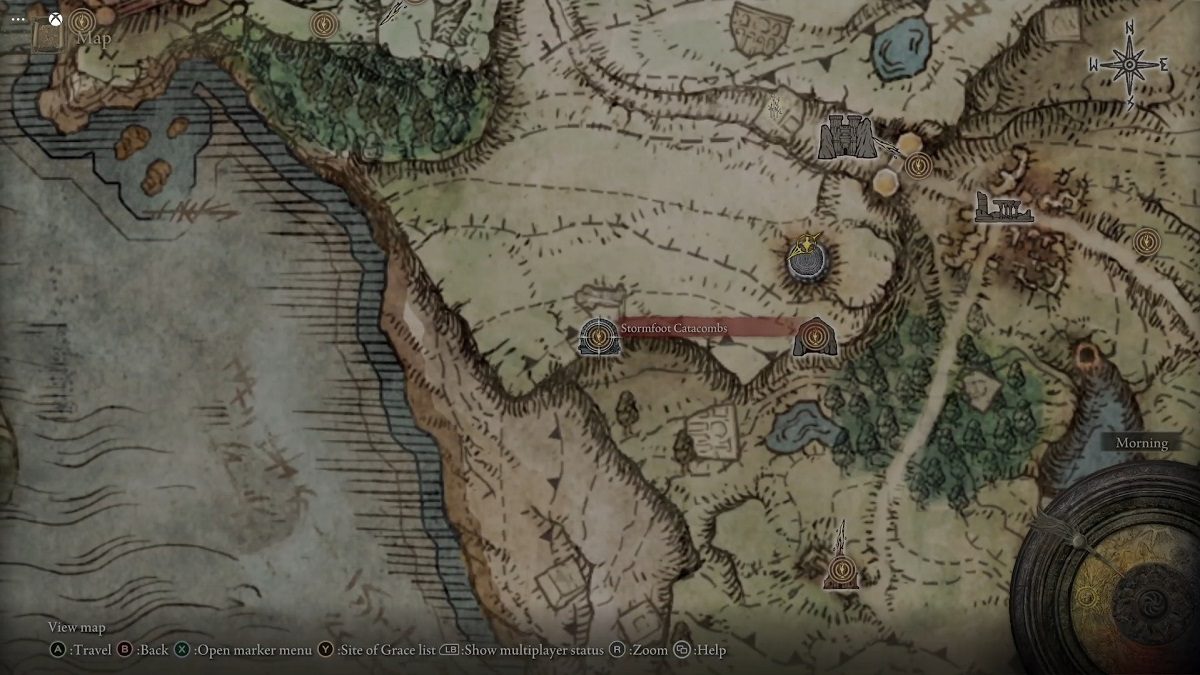 As you enter the cave you’ll soon pass a locked door. Continue into the catacombs past the door, killing goblins as you go. Eventually you’ll find yourself climbing a ladder. Once up the ladder take out the two goblins waiting for you but instead of continuing up the hallway ahead, drop of the ledge to your left but on the far side. You’ll then find some more goblins and a lever which unlocks the door.

If you’ve just come from the abovementioned Storm Foot Catacombs this next boss, located in the Groveside Cave is easy to find as the entrance is in the same cliff wall, east of the one mentioned above. Follow the cliff in an easterly direction, keeping the wall on your left. Simply keep moving in this direction until you find the cave entrance. There’s no trick to accessing the Beastman. Just keep going into the cave ’till you find him. 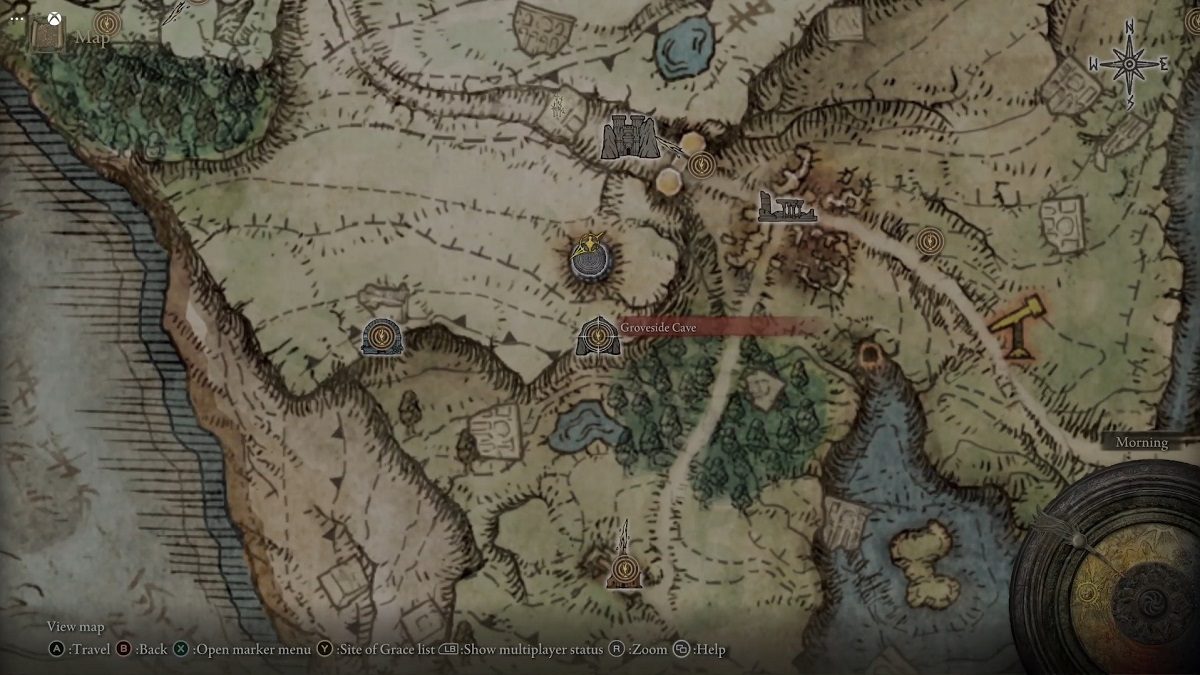 From your entry point into the world you should be able to see a large swamp to the east. Head towards the swamp and look for what appears to be a bonfire or perhaps a funeral pyre surrounded by zombie grunts. Approaching this area will result Agheel spectacularly screaming in, ready to light your arse up. Though if you have unlocked your horse then you should find this boss fairly easy to kill. 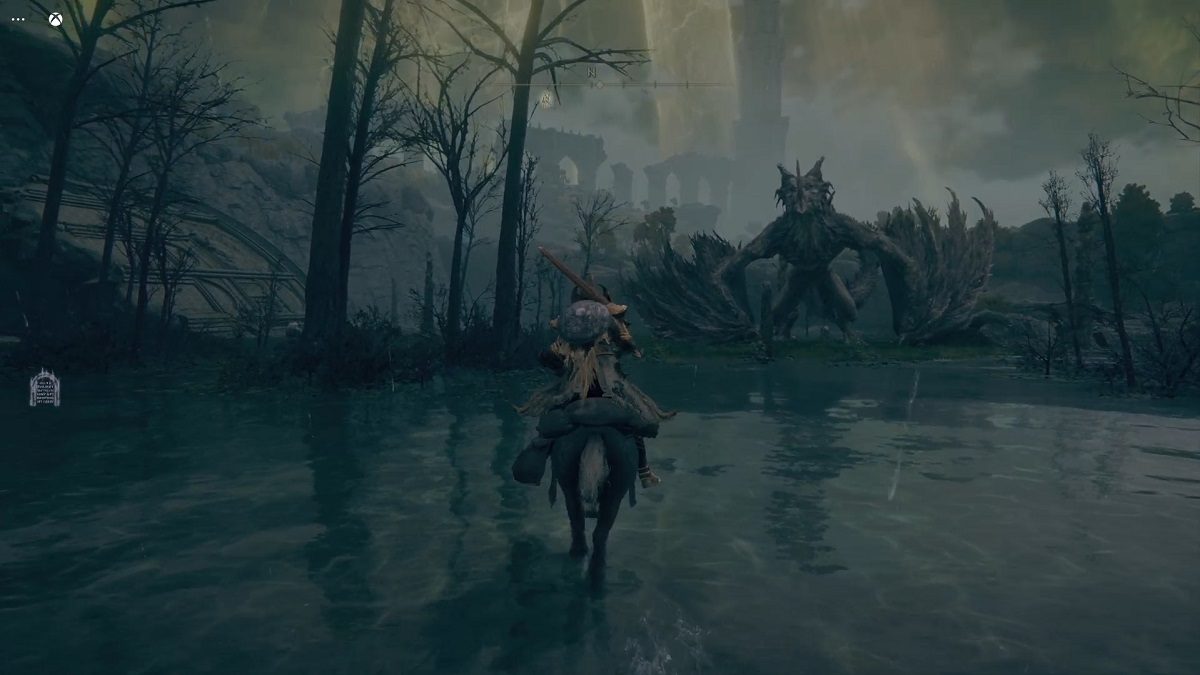 Once Agheel has been dispatched with you’ll pick up a dragon heart which is important after you defeat the next boss.

Before tackling these bosses (yes there’s two of them) make sure you have a torch in your inventory. You can buy one from the merchant at the church just beyond the Tree Sentinel.  You should also absolutely have already defeated the Flying Dragon Agheel mentioned above and claimed his heart.

The Demi Human Chiefs, are located in the Beach Cave. To find it head south towards the ocean. This isn’t too far from where you first emerge into the world at the start of the build. Carefully make your way down the cliffs until you’re on the sand and follow the cliff wall towards the west and you’ll easily find the cave which is for the most part pitch black. Using your torch to light the way you’ll come across a few enemies here and there until the cave opens up, and thankfully brightens up, allowing you to swap your torch for a shield to use in battle. Once these two monsters are defeated you can travel further into the cave, and you’ll find a blue light that will offer to return you to the cave entrance. Ignore that.

Instead keep progressing and you’ll eventually emerge on the island that you probably saw whilst on the beach earlier. Explore the island until you find the stone dragon. If you stand in the right spot in the ruins you’ll be prompted to have “Dragon Communion” which will grant you a special item.

To the east of the map you’ll find a cobblestone road. Follow it north and you’ll quickly find Storm Gate which is built into a cliff. There’s a Site of Grace right next to the entrance so make sure you rest there to recover all your goodies. Just beyond the gate the area is defended by crossbow wielding grunts and a single giant ogre type that jumps from the bridge above. Either try run past or deal with them however you see fit and keep following the road north. After you pass the gate, the road runs into a kind of chasm with very high cliff walls on either side.

As soon as you ride out of the chasm make a quick and sharp u-turn to the left so you’re now moving south(ish)  along the top of the cliff wall that was previously on your left side. You’ll soon find a giant circular depression in the ground that looks something like a shallow, man made crater. Stand in the middle of the crater where you can trigger Darrawill. Be warned, this beast triggers haemorrhaging so you might want to ensure you’re appropriately equipped for this fight. 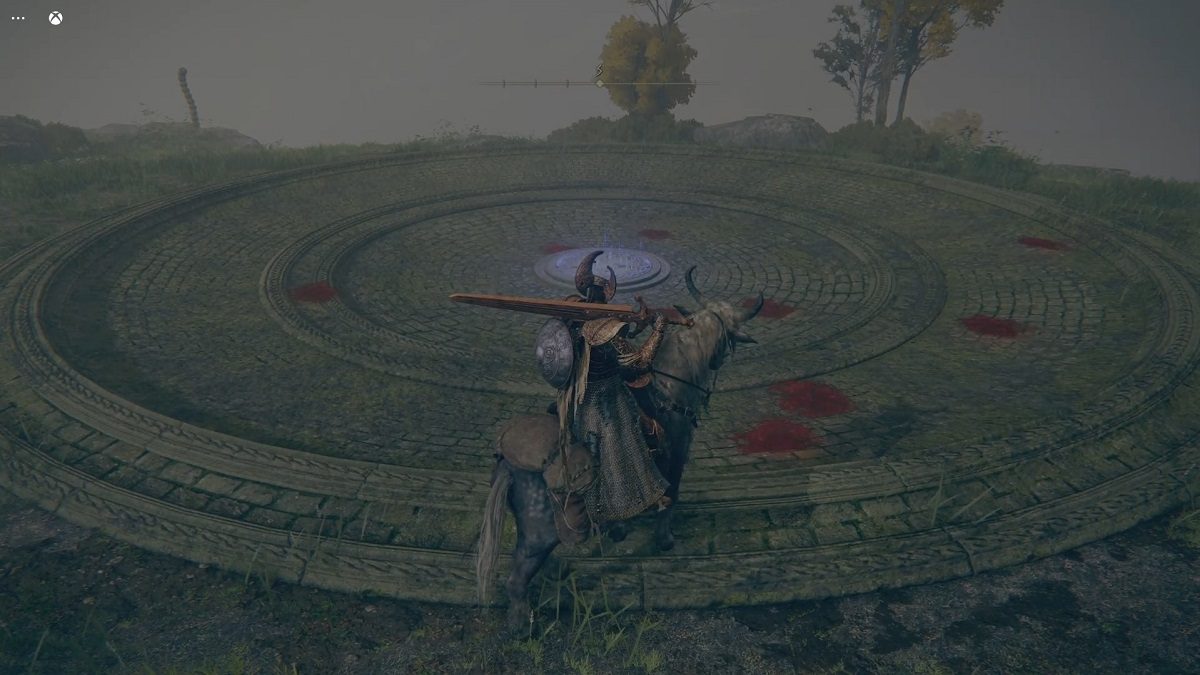 In our preview Margit was by far the most challenging boss to kill of the ones we found. You’ll find him at the very end of the road mentioned above though getting to him is a challenge with lots of enemies in the way. Just keep following the road. Thankfully there is a Site of Grace immediately ahead of him so feel free to die with confidence over and over again.

That’s all the bosses we found during our time with the Elden Ring. We suspect there’s at least one more. If you find it please let us know.