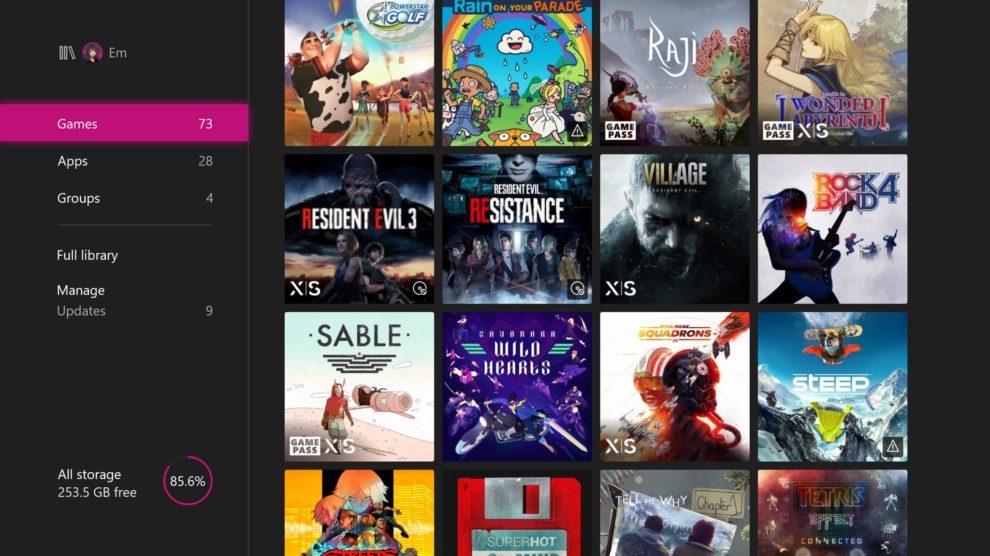 Microsoft is testing a new series of game badges on Xbox One and Xbox Series consoles.

The badges, accessible to Xbox Alpha and Alpha Skip Ahead Insiders, denote games that require a disc or those that aren’t playable on a user’s current console.

According to engineer Eden Marie, the badges seen above tell many stories.

“In this screen, Resident Evil 3 and Resident Evil Resistance are disc installs where the disc isn’t currently inserted, Rain On Your Parade previously left Game Pass, and Steep belongs to a user that isn’t signed in (and this isn’t their Home Xbox),” Marie wrote.

Badges currently active to all users denote titles that have Xbox Series S & X advancements. You can see examples of that particular badge in the image above as well.

We’ll let you know when this new badge functionality goes live to all.